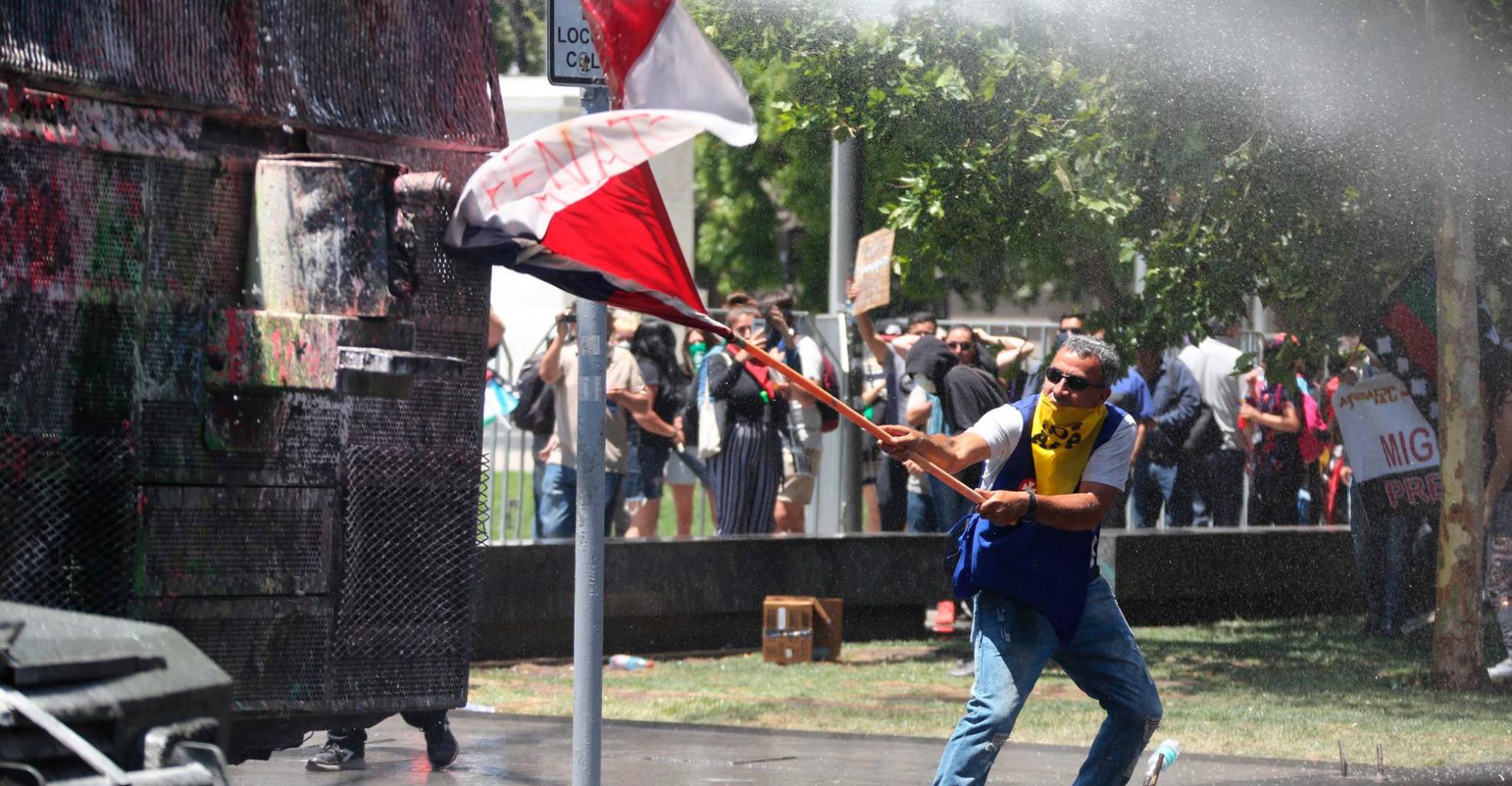 The National Prosecutor's Office of Chile confirmed this Saturday that it accounts for more than 20,000 charges for various crimes since the beginning of the social outbreak in the country on October 18, which has already left at least 23 dead, five of them allegedly by agents of the State.

However, the number of people who went through detention control hearings – post-detention phase and before the imputation – reached 30,102, of which 20,217 ended up being formalized.

In the detention control phase, the balance of the Prosecutor's Office, which includes between October 18 and November 22, the balance showed an increase of 11% over the same period last year.

In relation to the imputations or formalizations, the percentage rose 61% more than in the same days of 2018.

Of the total people arrested and taken to detention control, 87% (26,092) were arrested in flagrance while committing an illegal act.

'This accounts for a significant increase in the workload of the criminal justice system, since these are cases that are built from scratch and, therefore, require greater efforts on the part of all those involved, compared to defendants detained for pending arrest warrants', explained from the Prosecutor's Office.

If you point to the geographical location of the illicit, the largest amount was recorded in the Metropolitan region, to which Santiago de Chile, Valparaíso and Biobío belong, to which Concepcion (south) belongs, three areas where concentrated in almost a half month after the protest the majority of demonstrations.

The Prosecutor's Office also reported that among the detainees who were charged, 1,957 were held in pretrial detention, 20,525 were banned from travel to certain places, close to victims or leaving the country.

Regarding the type of crime committed, robbery in an uninhabited place (looting) "is the main crime recorded in this period," they explained from the Public Ministry through a statement.

This type of illicit grew by 183% since the beginning of the social outbreak in Chile and for which 2,493 people have passed a detention control hearing. Public disorders led to that phase prior to the imputation of 1,934 people.

The Prosecutor's Office has opened 2,670 criminal investigations against security forces for alleged human rights violations, including gunshot injuries, torture, sexual violence and the commission of serious injuries from the use of shotguns and pellets rubber, which among other things have caused more than 200 eye injuries.

International organizations such as Amnesty International (AI) or Human Rights Watch (HRW) directly pointed to the repression of police as the most worrying situation for human rights during the protests.

The social crisis turned six weeks on Friday and there are no signs of a speedy resolution.

The marches, which began to be massive and in which greater redistribution of wealth and free basic services are claimed, have been losing strength over the days, although there is still discontent in the streets and episodes of violence with looting, fires and destruction of public furniture.