The Chinese ambassador to Peru, Liang Yu, said Monday that he is confident that trade between the two countries will not be affected by the coronavirus, and remarked that this will depend on the South American nation “not taking measures to cut relations”, How to prohibit the entry of goods. “Rumors sometimes arise that goods arriving from China have coronaviruses, and that is why it is necessary to reject all Chinese products. That is false, because once (the virus) leaves the human body, it only has a life of five hours, “said the ambassador at a conference with the members of the Foreign Press Association in Peru (APEP). Liang Yu also stressed that the Government of his country has sought to “prevent the spread” of the disease in the world with “responsibility.” “In China, the disease exceeds 70,000 patients, but in the world it does not exceed 682, which is equivalent to less than 1%. In China, 80% of patients are in Wuhan, that is, the epidemic is locked up and It is due to that responsibility, transparency and cooperative attitude with the world, “he said. On January 23, the Chinese government determined that the capital of Hubei Province, Wuhan, remains in “de facto” quarantine in order to prevent the spread of the virus. THE EFFORTS OF THE CHINESE GOVERNMENT The ambassador also highlighted the work done by researchers and doc tors in his country to separate the genetic sequence of this virus and share it with the World Health Organization (WHO) so that all countries have preventive measures. “With that attitude and sacrifice of China, we have been able to control the spread both within the country and in the world, and the mortality of that disease is relatively low, 2%,” a significantly lower percentage compared to 17% mortality. which has the AH1N1, said the Chinese ambassador. He also said that the number of patients tested has been going out of Hubei province for more than 10 days. CHINA, FIRST COMMERCIAL PARTNER OF PERU The Chinese ambassador stressed that his country is the first trading partner of Peru, with an investment volume of 30,000 million dollars in 2019, and that he intends to invest in various projects, not just extraction , but of infrastructure, such as that of the port of Chancay, which will be located 50 kilometers north of the port of Callao, the main one in the country. On the most ambitious Chinese investment project in the country, the Las Bambas copper mine, which in 2014 was acquired by a Chinese consortium for 10,000 million dollars, and to date maintains a conflict relationship with part of the nearby community, Liang Yu said he expects “the blockade” to end. “(The project) needs an effort from Peru and China. It is important through this project to give greater benefit to the population of Peru in general, and that all parties feel to talk and analyze the possible exits to these conflicts” , he said. AN INVESTMENT OF 10,000 MILLION DOLLARS Las Bambas, transferred in 2014 from the Swiss Glencore to MMG, is located in the province of Cotabambas, in the Apurimac region, at 4,000 meters of altitude. The passage of the trucks through the surrounding communities, which was not initially planned in the project, has been the reason for a conflict that generates periodic protests, which had serious peaks of violence in which four people died between 2015 and 2016. The site It has reserved reserves of 7.5 million tons of copper, of which 452,000 were extracted in 2018, representing 2% of the 20 million tons produced worldwide and 18.8% of the 2.4 million tons contributed by Peru, the world’s second largest producer of copper, silver and zinc. 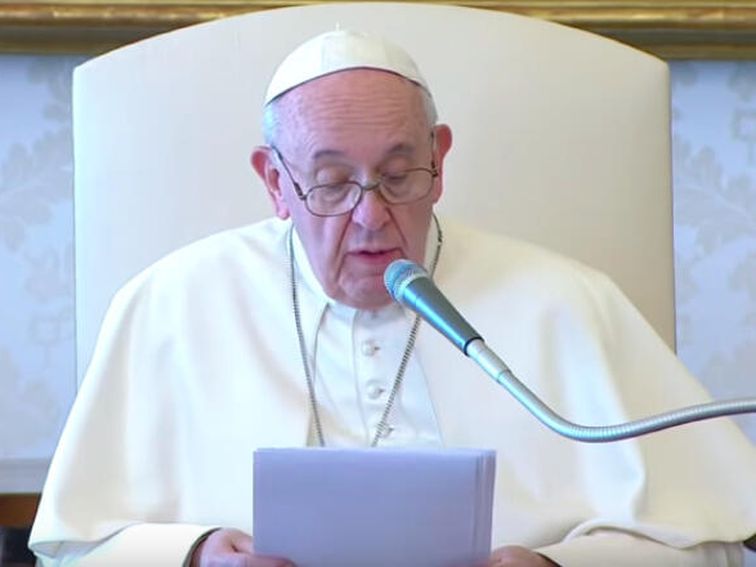 Pope Francis Uses YouTube As An Alternative To The Coronavirus