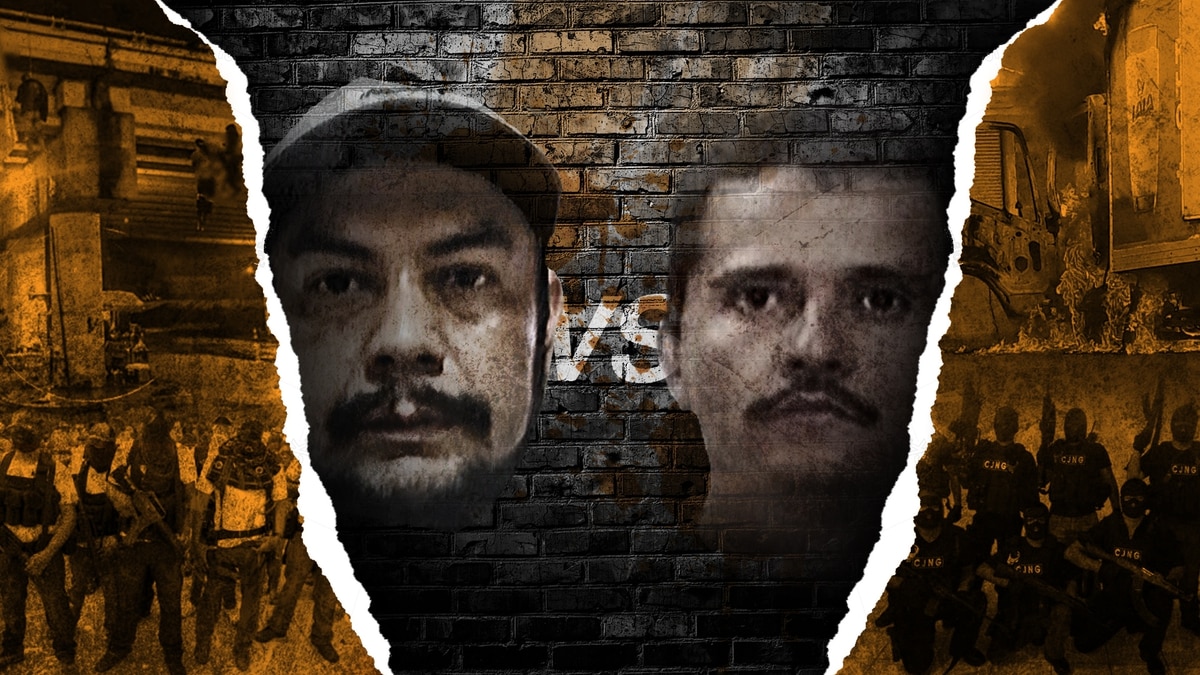 The Jalisco Nueva Generación Cartel (CJNG) is considered by the governments of Mexico and the United States as one of the most dangerous criminal organizations, as well as one of the five most dangerous transnational criminal groups in the world. His power has achieved through blood and fire, but also alliances and betrayals.

One of the main battles that the Jalisco Nueva Generación Cartel is currently fighting is in the state of Michoacán. In this entity, the dispute over control of the drug market is executed against “Los Viagra” and the self-defense groups of the municipality of Tepalcatepec, headed by Juan José Farías Álvarez, aka “El Abuelo”.

Michoacán, located on the western coast of Mexico, is a strategic point for receiving cocaine from South America, as well as for distribution to the United States and Europe; It is also a key place for the production of methamphetamines and marijuana.

In addition, extortion, floor collection and kidnappings have proliferated. It is also part of the Tierra Caliente and has one of the main seaports (Lázaro Cárdenas), so its importance for organized crime is a priority.

In recent months the entity has been plagued by violence related to organized crime. On August 8, security elements of the municipality of Uruapan located 19 bodies at different points. Six of the bodies were hung from a vehicular bridge and others were found dismembered. They also found narcomessages signed by the CJNG.

“What is clear to you is that everyone who collaborates, helps the Scrap, Ronal, Mouse, Green Monkey, Maniac and Blades in some way. This is how they will look. Pretty people follow their routine. you have (sic) homeland and kill a viagra, ”read the narcomanta.

The criminal group "Los Viagra" is one of the protagonists of the cartel war that Michoacán is going through, they are pointed out as one of the main producers of methamphetamine that is distributed in California. Extortions are also awarded to avocados and businessmen in the entity.

On August 30 in the municipality of Tepalcatepec, the entry of armed men from Jalisco to the areas controlled by gunmen of the former self-defense, Juan José Farías Álvarez, alias “El Abuelo” was reported. That day, there was a strong confrontation between the armed groups that left 9 dead and 11 wounded. The one-hour shooting forced the closure of businesses and schools.

But this was not the first threat. Before, a video circulated in social networks where heavily armed and hooded men, who identify themselves as members of the criminal group led by Nemesio Oseguera Cervantes, the Jalisco New Generation Cartel; they warn "El Abuelo" that they will go against him, they also say that "the lawsuit is not with the people".

"We are going to fight against El Abuelo and anyone who raises a weapon in favor of El Abuelo," they say in the video.

The criminal group of "El Mencho", considered as the successor of Joaquín "El Chapo" Guzmán ", released a video, published on September 10, where a masked man is seen, sitting at a table between heavily armed men and uniformed with letters from the CJNG, it is addressed to the citizens of Tepalcatepec in the state of Michoacán, speaking on behalf of Oseguera Cervantes.

Information from the Attorney General's Office (FGR) identifies “El Mencho” and “El Abuelo” as two former members of the extinct cartel of Los Valencia and the Millennium, a precursor in the decade of the 90s in the traffic of amphetamines to Europe and the United States.

“El Mencho” managed to establish itself as the top leader of the Jalisco New Generation Cartel after the capture of its former bosses from the Los Valencia and the Millennium cartel, being his wife Rosalinda González Valencia, sister of the leaders of that Michoacan criminal organization.

Meanwhile, "El Abuelo" was identified by the Peña Nieto government (2012-2018) as the character who in 2014 sponsored and infiltrated a civilian group of self-defense groups who rose to fight the Knights Templar cartel, enemies of the CJNG . According to investigations by the government of Michoacán, "El Abuelo" regained control of illegal operations in the said municipality with the support of "El Mencho".

However, Oseguera Cervantes accused Farías Álvarez of treason for supporting “Poncho de Los Reyes”, another former leader of a group of self-defense groups. In this way, those who were once allies are now enemies and are disputed at the point of bullets Tepalcatepec.

Given the climate of violence in the region of Tierra Caliente and the bloodshed, the Mexican Government deployed 200 elements of the National Guard. In addition, the inhabitants of the region have taken up arms to protect the city and their families.

The interest of "El Mencho" to enter Tepalcatepec and expel "El Abuelo" seems to have multiple reasons: a personal matter, but also to promote the criminal interests of the group.

The CJNG has strong incentives to control this route, given that it is expanding its role in the trafficking of synthetic drugs, especially as regards fentanyl, which has exceeded the demand for heroin, which previously represented great gains for the CJNG.

As for personal reasons, it seems that Oseguera Cervantes, originally from Aguililla, located in the region of Tierra Caliente, is willing to return to the place where he was born, and from which he was expelled years ago by other cartels; already encumbrado as one of the most dangerous and bloodthirsty criminals in Mexico.

Also, several members of the Jalisco Cartel have sent a message on behalf of their leader to demand that residents of a municipality in the disputed region of Tierra Caliente help them expel a rival from the area. It is not clear what are the motives that move the group.

The CJNG leader was previously a member of a faction of the Allied Millennium Cartel of the Sinaloa Cartel that operated in the state. But the Michoacán Family finally gained power and expelled the Millennium Cartel and Los Zetas from Michoacán, and therefore “El Mencho”.

“(El Mencho) has returned to claim the throne, which he considers his right as a Michoacan. It's a matter of honor and personal revenge, ”says Falko Ernst, senior analyst on Mexican issues at the International Crisis Group.

But despite the millionaire profits of the Jalisco New Generation Cartel, the thousands of men who work in their criminal ranks, sophisticated weapons and countless connections with police corporations; The battle for Tepalcatepc and the state of Michoacán will not be easy.

Groups like "El Abuelo" have crucial information about shelters, escape routes and operational routes for their enemies, which gives them a strategic advantage. His group has the loyalty of the inhabitants, which is essential to gather information and makes it more difficult for the CJNG to impose itself.

"These groups are deeply rooted, and the community is not interested in accepting the CJNG or El Mencho," says Ernst.

In addition, it is very likely that both the federal government and local authorities want to prevent the war over the territory from continuing and the violence increases further in the state.

Until today, the victory of the CJNG is not imminent. What lies ahead in the entity, already violent, is that there is a prolonged conflict with more bloodshed, since Oseguera Cervantes and his group use very violent methods to expel any group that opposes them.

Just yesterday, a macabre discovery of human remains in black bags next to a human head and a narco-message was reported by residents of the Campo Nubes neighborhood of the municipality of Morelia, in the state of Michoacán.

"We continue with the clean against rats, rapists and cons we go with everything. CJNG. Group G.E.D.D.R.I.", it was read in a white cardboard that was left next to a severed head.

In recent days several similar events had already appeared in which they announced a "clean" in the state of Michoacán.

The signs were placed in spaces traveled by the residents, to show the struggle that the criminal cell of "El Mencho" is currently holding with local criminal groups. One of the narcomantas was found at the exit of Pátzcuaro, another one at the exit to Charo, two in La Aldea and one in Camelinas Avenue, also placed one on the Calzada la Huerta bridge at Los Pinos, and in Villas del Oriente the message of the Tapatios was also visible.