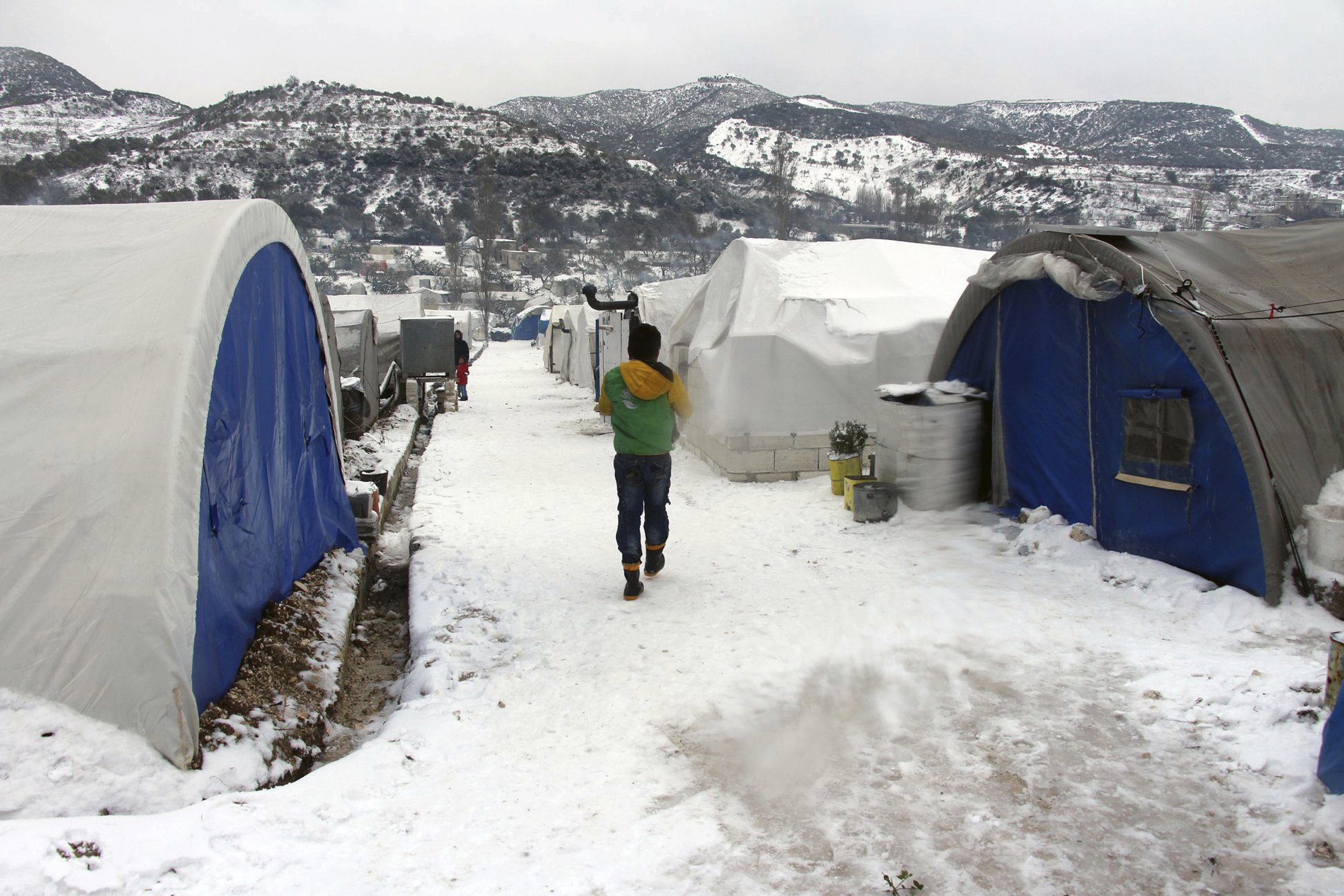 BEIRUT (AP) – A military offensive over a region of northwestern Syria controlled by the opposition created one of the worst catastrophes for civilians in the long civil war ravaging the country. Hundreds of thousands of people had to flee and many sleep outdoors and under trees with freezing temperatures.

The Damascus army campaign in Idlib province and in rural areas of neighboring Aleppo also killed hundreds of civilians, but the harsh winter has aggravated the pain.

The weather has contributed to at least 10 deaths: four people died from hypothermia, a family of four died asphyxiated in their tent and two more were burned when theirs caught fire, said Mohammed Hallaj, coordinator of the Response Coordination Group in the area .

Nizar Hamadi, 43, lost his brother and three other relatives, including a three-year-old boy. The family had to flee several times to dodge the rapid government offensive and ended up in a settlement consisting of rudimentary tents attached with sticks and cloth.

“It was God’s destiny that it was very cold. Temperatures were not below -8 or -9 (degrees Celsius; 15 Fahrenheit) and this is very rare in Syria, ”he told The Associated Press from the town of Binnish, in Idlib.

He said his brother, Steif Abdel-Razak Hamadi, had moved north from the attacks in Binnish and set up a shelter for his family in Killi. On Tuesday, he installed a coal heater and, when night fell and the fire went out, he put it inside the tent and went to sleep with his wife, two children and a grandson.

“Throughout the night, the heater was absorbing all the oxygen in the store,” Hamadi said.

When a son who slept in another tent woke up and went to his parents, he found the four dead.

The government’s assault, backed by Russia, on Idlib, the last stronghold of the opposition, left more than 830,000 displaced since December 1, and most fled to safer areas near the border with Turkey, said Stephane Dujarric, spokesman of the United Nations on Friday. At least 143,000 people had to move in the last three days.

“Humanitarian needs are growing exponentially,” Dujarric said. “The ongoing emergency aggravates the already serious humanitarian situation of people in the northwest, who are vulnerable after years of crisis, violence, economic recession and, of course, multiple displacements,” he explained.

Terrified families crowded in vans and cars, sitting on mattresses and blankets, clogging muddy rural roads starring heartbreaking scenes of recurring exodus in the Syrian conflict, which is in its ninth year.

Around half of the population of the region had already had to move from other parts, so the formal fields are full.

“It’s cold, it’s snowing and our life is terrible, we can’t stand this cold and children can’t either,” said a woman who identified herself with the nickname Um Muhammad, who had recently fled and was setting up a tent near the Turkey border.

The fighting has killed 1,700 people since last April, and the last military campaign is disrupting aid operations, according to the UN. As of February 11, at least 72 medical facilities had suspended their services due to insecurity or mass displacement, he added.