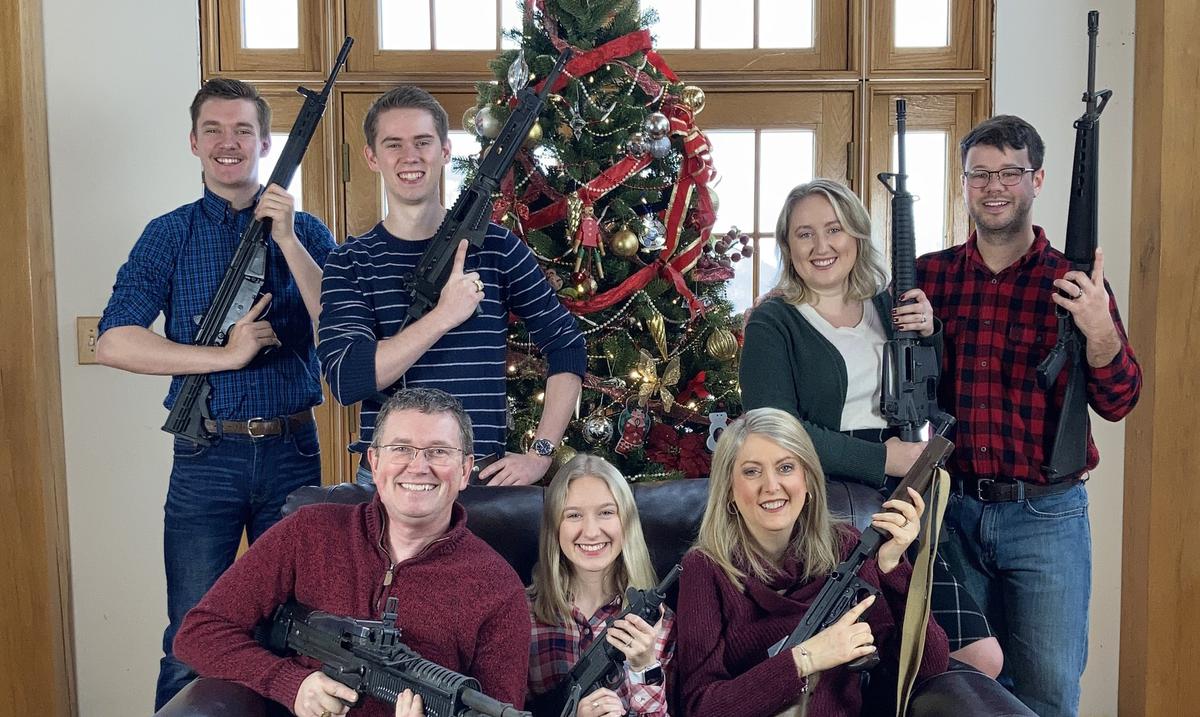 Washington – A Christmas photo released this weekend by a US congressman accompanied by heavily armed family members and asking Santa Claus for ammunition just days after another school shooting has caused a stir across the country.

Thomas massie, a Republican legislator from Kentucky, posted on the social network Twitter a photo in which he is seen smiling and armed next to what appear to be relatives, also with weapons, next to a Christmas tree.

Massie’s message became a trend on social networks, especially since last week the country experienced a new tragedy, when a 15-year-old student killed four classmates and wounded seven others in a shooting at an Oxford high school, in Michigan.

Another legislator for the same state, Democrat John Yarmuth, was quick to respond to his colleague’s comment and remarked that “not everyone in Kentucky is an insensitive jerk.”

I promise not everyone in Kentucky is an insensitive asshole. https://t.co/8NjWJpdXIF

For his part, Manuel Oliver, father of one of the 17 killed in another shooting at a Florida school in 2018, charged hard at Massie.

“(Massie’s tweet) is a big part of the problem. I do not know if they were trying to be ironic, funny, or what but it is in the worst taste (…) It is something that should teach us who we should elect (for public office) and who we should not, “said Oliver in an interview in the CNN chain.

The Michigan school tragedy has rekindled the debate about the need for gun access controls in the United States.

The parents of the alleged perpetrator of the Oxford shooting have been charged with manslaughter after it emerged that they had bought the weapon used by their son in the massacre.