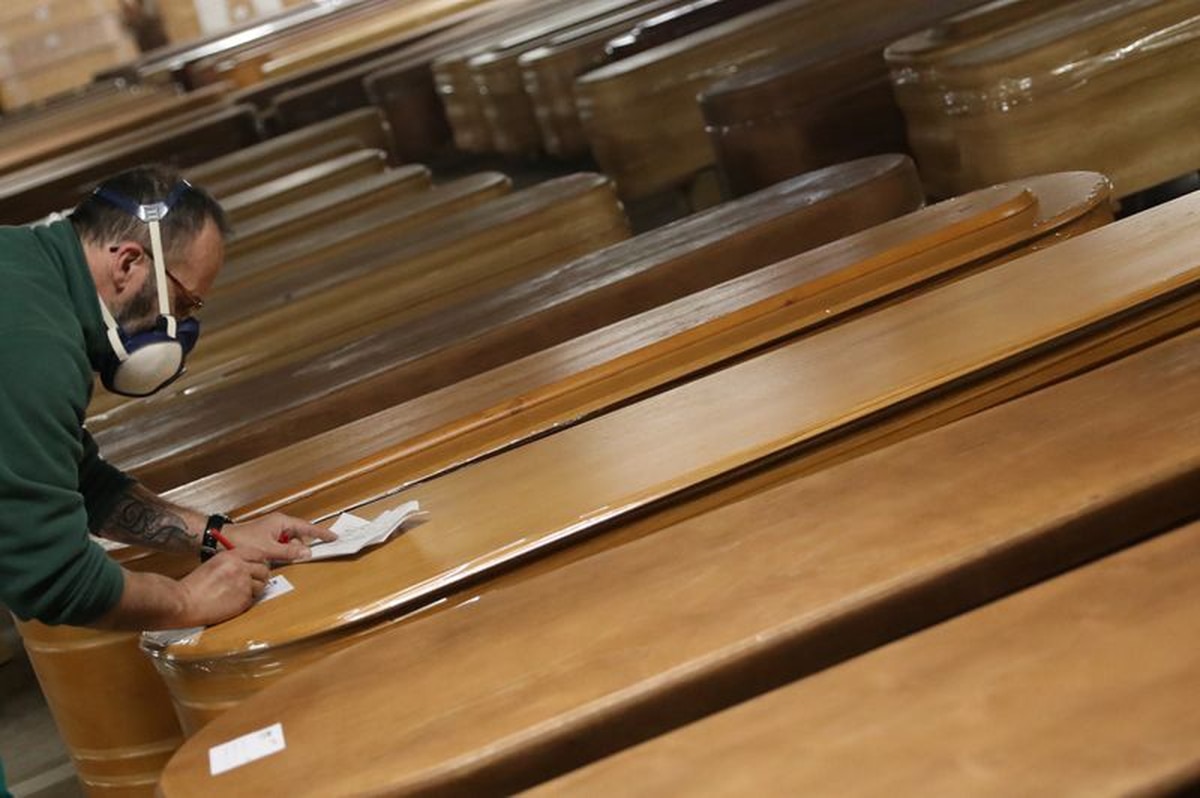 The number of deaths from coronavirus exceeded 64,000 in a world in search of masks to curb the contagion, and President Donald Trump warned that the United States, already severely hit by the pandemic, was entering a “horrifying” period.

While the confirmed cases of covid-19 in the United States exceeded 300,000, Spain and Italy, the two countries with the worst records of infection and mortality in all of Europe, received good news.

There are more than 1.2 million confirmed cases of coronaviruses in the world and 64,795 people have died since the virus was found in China in late 2019, according to the AFP count. More than 46,000 of the deaths have occurred in Europe.

The pandemic now affects almost 190 countries and territories, and half of humanity is confined, schools and businesses closed, at great cost to the world economy.

At the White House, Trump said the United States is entering a “period that will be very appalling.”

“This will probably be the hardest week,” he said. “There will be many deaths.”

In Italy and Spain, with health systems in a critical situation, a drop in the arrival of new patients to hospitals is observed.

The Spanish Prime Minister, Pedro Sánchez, announced that the strict confinement, which has already been in force for three weeks, will continue until April 25. In a week the millions of employees who are not in vital sectors will be able to return to work, with conditions.

“These three weeks of collective isolation are paying off,” said Sánchez.

Spain reported just over 800 dead in 24 hours this Saturday, its best record of the week. So far, more than 11,700 people have lost their lives to COVID-19.

In Italy (15,362 dead), authorities reported similar progress, particularly in the most affected region of Lombardy, where even the crematorium in Milan had to announce its closure for a month in order to incinerate all the bodies on hold.

The deaths in the last 24 hours in Italy were 681, a decrease of more than 10%. Intensive care patients dropped to less than 4,000, for the first time since the onset of the crisis.

Iran also announced a decrease in contagion for the fourth consecutive day, after fifteen days of forced stoppage of activity.

The UK, with 708 deaths in the last 24 hours, including a five-year-old boy, is instead in the midst of the tsunami.

British authorities have reported two days of consecutive records in the number of deaths, which now exceed 4,300.

Queen Elizabeth II will call on Sunday to confront the crisis with force, self-discipline, and camaraderie, in an unusual address to the United Kingdom and Commonwealth nations.

The state of New York, epicenter of the crisis in the United States, had its worst day: 630 deaths in one day. Turkey exceeded 500 dead, and no longer allows minors under 20 to leave, to limit contagion.

Beyond hospitals, human dramas are also brewing in nursing homes and other healthcare facilities. Of the 7,560 deaths in France from the virus, 2,028 correspond to these non-hospital centers.

– The masks under debate –

After initially being informed that only healthcare personnel should cover their mouths, Germany, France, the United States and other countries recently recommended the use of face masks as part of the range of measures to combat contagion, along with social distance and constant hand hygiene.

“There was a real turning point in the United States and the WHO is reviewing its recommendations,” Professor KK Cheng, a public health specialist at the University of Birmingham (United Kingdom), told AFP in favor of the widespread use of the mask.

A senior British health official, Jonathan Van-Tam said, however, that “there is no evidence that wearing a mask if you are well can affect the spread of the disease. What matters is the distance” between people.

But be it in the case of face masks, ventilators, or the many other medical equipment or drugs, countries are in a race against the clock.

In Brazil, diagnostic tests, intensive care beds and qualified personnel are lacking, the Ministry of Health warned in a report, warning that the “most acute phase” of the pandemic is coming.

Competition is ruthless in a world where borders have been re-erected very quickly. And poor countries can only helplessly help this fierce fight.

Ethiopia has only 29 cases of coronavirus so far. But in its hospitals it only has 450 fans, for a population of more than 100 million inhabitants.

In countries like Italy “they lack artificial fans and they have to decide who to prioritize. If this continues, if people do not take this seriously, we will probably see ourselves in the same situation,” said Dr. Tihitina Negesse. .

Others bet on much more radical ways.

The Democratic Republic of the Congo, which suffered the devastation of Ebola for years, is ready to host trials of a future vaccine against COVID-19.

The social and economic impact of this new pandemic continues to erupt everywhere. Guatemala’s central bank reported that remittances sent by emigrants from the United States have begun to suffer.

An Ecuadorian refinery suspended its operations for 14 days.

“At first they gave us four gloves (to put them on top of each other), now they say that two is enough, but I wear three,” explains a nurse at the field hospital created in a congress hall on the outskirts of Madrid. 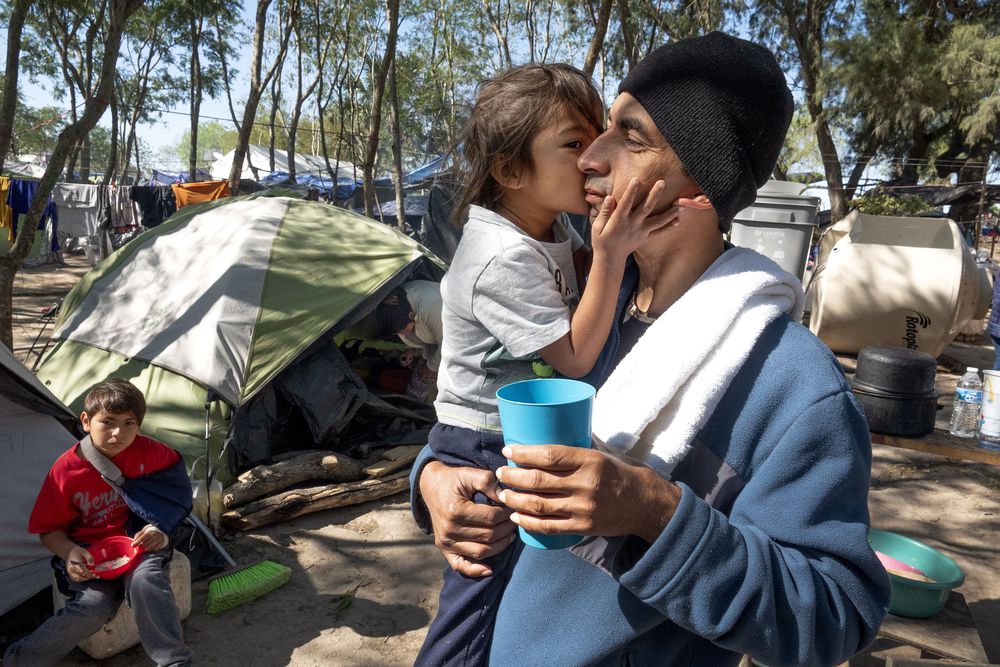 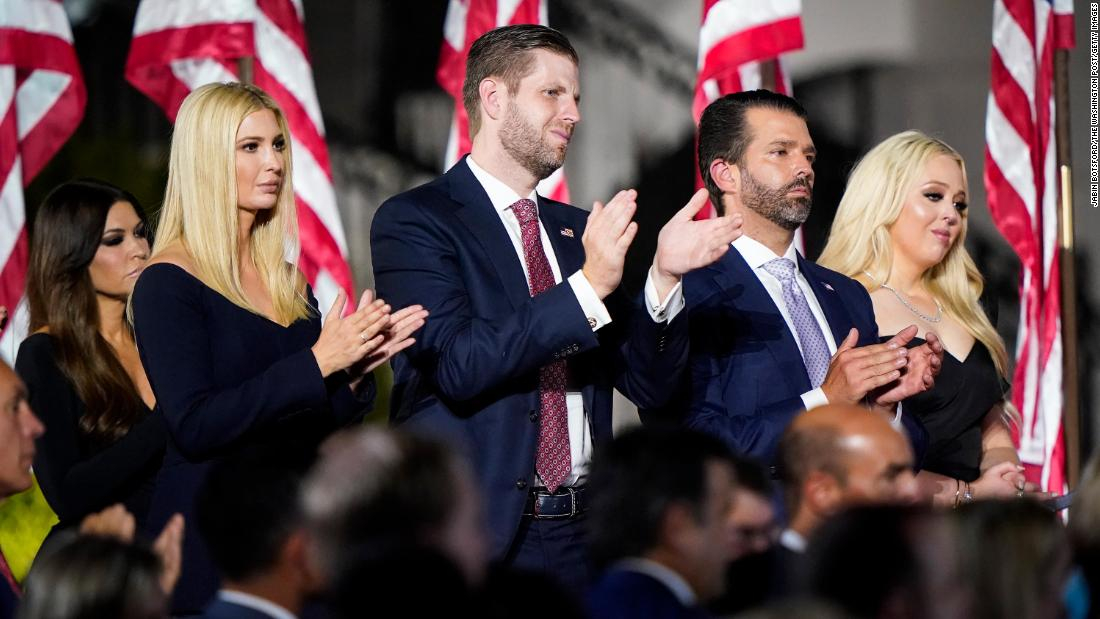