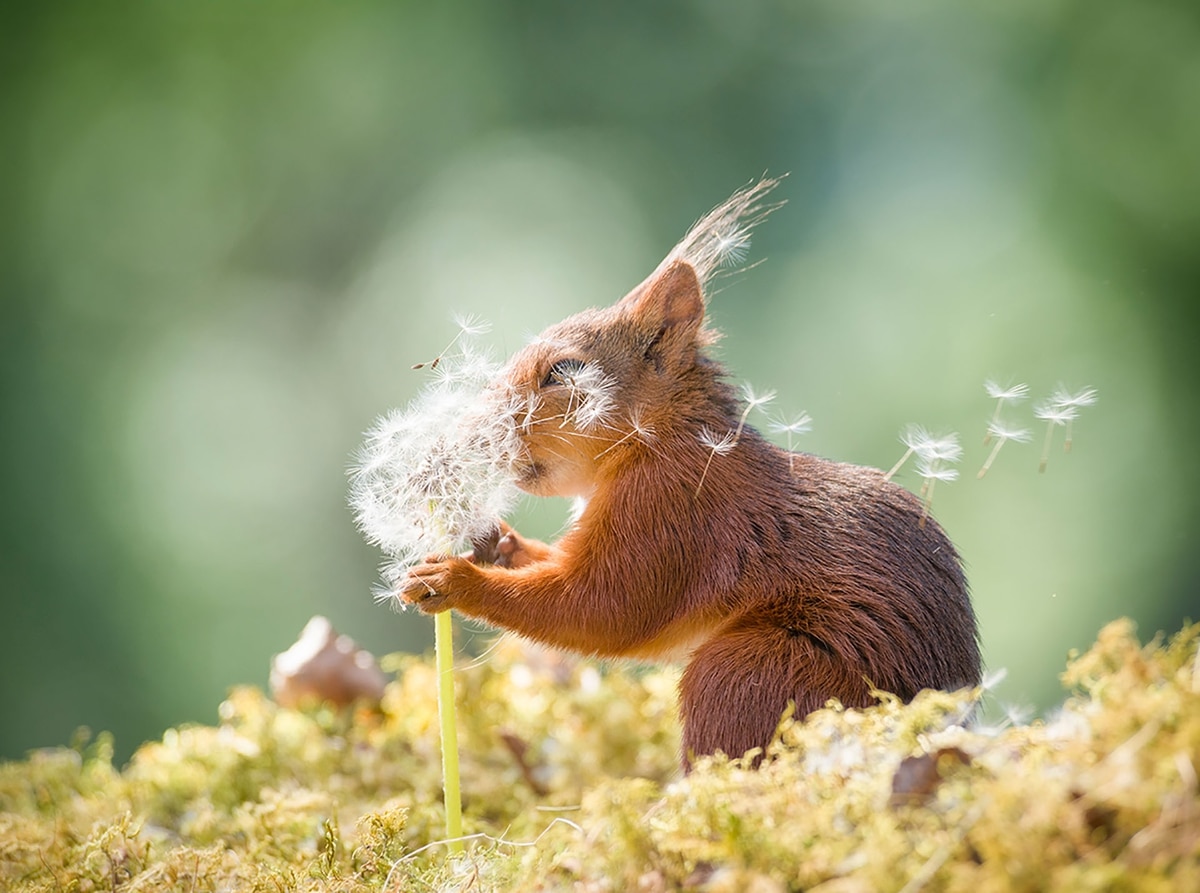 Squirrels on the outskirts of the city of Pittsburgh, in the state of Pennsylvania, chose a peculiar place to store the food they would consume when in the coming months winter strikes the Midwest of the United States: the engine of a van.

It all started with an unfinished journey and a burning smell. A woman was driving her car on a local road when she began to smell burned. Frightened, she decided to stop to check for problems. That was when he met the surprise.

The squirrels had used the motor area of ​​the van, under the hood, to store hundreds of nuts and grass, where they slept and even safeguarded their young.

"I give everyone advice on this rainy day: rodents and vehicles should not be mixed," Chris Persic wrote in his personal Facebook account, where he shared details about the invasion of squirrels in the family car. “My wife called me from the Northland Library and told me that the car smelled like it was burning, besides making strange noises. I told him to stop and lift the hood, and these are the images he sent me, ”he added.

The man was a few kilometers away, but he also suffered mechanical problems, which later both would link with the same responsible: the squirrels.

“I was in (the store) Shorkey, in (the street) McKnight, after they had to tow my truck (it already has more than 6,500 kilometers of travel) because it started to shake more when it accelerated, and then the engine light it went on, ”Persic explained.

“That is why I had to request a rented car, to be able to go to where my partner was, and help her clean the 200 (not an exaggeration) nuts and grass that were on the engine of the truck. It took us almost an hour, but we managed to clean it enough to take them to a mechanic, "the man said.

"So as not to lengthen the story, if you park your vehicles outdoors and not inside your property, do yourself a favor and check under the hood once in a while," Persic recommended. "My truck possibly had a wire nibbled by a squirrel, which disconnected the fuel hose," he said.

“Holly's car (her partner) seemed to be the store the squirrels were preparing for the next three winters. We went crazy, ”he concluded.

The couple assured local chain CBS Pittsburgh that the tree is at the entrance of their property, and very close to where family cars are usually parked. Both had thought in previous days where they were going to give all those nuts that fell from the tree and disappeared after a few hours or overnight.

"It's very curious, I was thinking that, to be such a massive tree, very few nuts were in the grass, especially for the time of year," Persic explained. "We also thought that our vehicle had several dents and we did not find out where they came from," he concluded.

The answer, it seems, has been resolved. The couple has also requested that, in order to avoid future problems, they have required the local government to remove the tree, although they may face resistance from the neighbors and the District itself, which usually preserves this type of walnut tree.