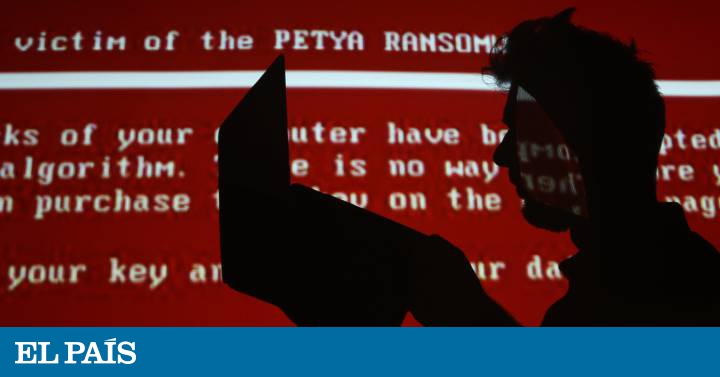 In the offices of Pemex in Mexico City they have made a trip back in time and have returned to the 1990s. The documents are sent by fax, the communications are again by telephone and even the invoices are dispatched by hand, according to the testimony of five workers, who prefer not to give their names, from the Administration area of ​​the Mexican oil company. A cyber attack has disabled the Internet service and the internal network of the largest public company in the country for a week. When will it be solved? "They tell us that soon," says one of the workers at the doors of the company's headquarters, the Pemex Tower.

A week later, the largest public company in Mexico mired in a strong crisis of results and credibility, has not specified whether it has already restored its systems. Last Monday he only admitted that 5% of his teams had been affected and downplayed the incident. Minimized by the company, cyberattack has even caused the departure of the president of the Government. Andrés Manuel López Obrador said Wednesday that "it seems that the attack occurred, but it was not so serious and nothing was achieved." The Attorney General's Office began an investigation from the same day. But it was Energy Minister Rocío Nahle who ended up recognizing on Thursday the dimension of an attack in which a part of the oil company's information had been hijacked and where the author asked for a juicy reward. “It is not going to pay. Pemex is a serious company and all the computer people are working, ”said the minister.

The scarce data of the Mexican Government and some journalistic investigations have allowed to know some details about the cyberattack. It was a ransomware, a virus that infects computers encrypts information in order to ask for a reward for their release. “Once it enters wh at it does is disable some system security measures. It encrypts the information with some method and creates a key, which is what they use to extort money, ”explains Carlos Flores, director for Latin America of the Swedish cybersecurity firm Verisec. Hackers asked Pemex for almost five million dollars to order a Bitcoin account, the cryptocurrency. The message appeared on the screen of computers infected with the virus, just turn them on.

Without the oil company making a full assessment of the information committed, some of its suppliers warned that something strange was happening in the billing and marketing of fuels. Given the symptoms, Pemex has opted for silence. According to Bloomberg, the author of the attack – which has opted for the pseudonym Joseph Atkins – has set a deadline for the ransom payment on November 30. Flores, from Verisec, points out that this type of attack was common 10 years ago but that its current function is usually to divert attention while other information is subtracted from the systems. "They are used as distractors so that while people are busy trying to solve the problem, they get other information." The case, he says, seems unusual: "The trend now is to infiltrate a network or a computer without the user noticing."

The oil company's last communication was to ensure that the biweekly payment of the workers, through their systems, had occurred normally. "We were worried about paying our payrolls, but they have been able to pay us," confirms one of the workers consulted. The firm is not obliged to publicly report on the incident since it is not publicly traded, however the silence has given way to the dissemination of false information on social networks. "The operation and production system of Pemex works normally and invites the oil community and society to avoid rumors that harm the company and its workers," reads the company's latest statement.

Pemex has been going through a hard crisis of results and credibility for almost a decade. It is the world's most indebted public oil company – more than 100,000 million dollars – and accumulates five years in red numbers. In the first half of 2019, it registered a negative result of more than 4.5 billion dollars. The president of Mexico, Andrés Manuel López Obrador, has assumed almost as a personal mission, the rescue of the company. In the ten months of the Mexican Government, they have reduced the tax burden to which the oil company is subjected, they have announced capital contributions and the construction of a refinery with a budget of 8,000 million dollars to stand up, in three years, a plant capable of processing 340,000 barrels of oil per day.