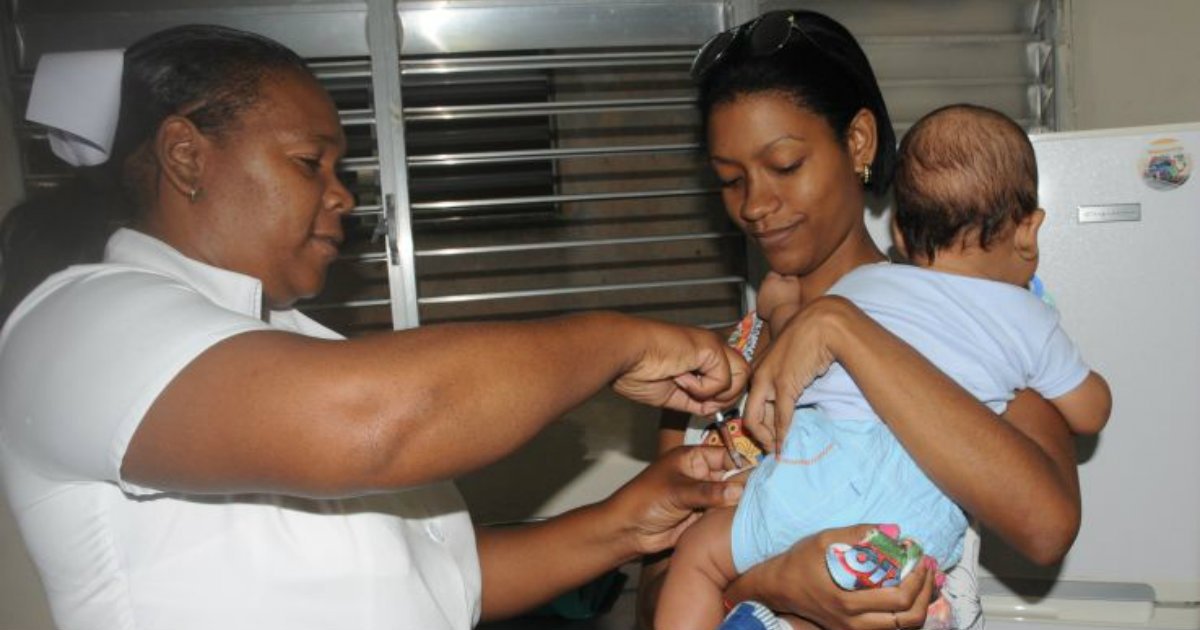 On October 9, the one-year-old Paloma Domínguez Caballero girl died in Havana, apparently a victim of reactions caused by a vaccine in poor condition. According to the mother's testimony: "Two hours after receiving this poison in her little arm my girl began to vomit, to swell, to change color. What I am going through is hell. At 5 am, less than 24 hours later if I was vaccinated I was admitted to intensive care and never came out of there again. "

The independent press promptly echoed the statements of the mother and relatives in social networks. Days later, the official press published a statement from MINSAP (Ministry of Public Health) narrating what happened, and praising the professionalism of the medical care received by those affected. But not a condolence to those close to little Paloma.

Although the statement circumscribes the facts (so far) in a single polyclinic, the “Betancourt Neninger”, and indicates that there are no other similar cases (so far), the most logical thing is that a total collection of the lot to which they correspond corresponds the vaccines used with these children, to avoid future cases and to carry out a thorough investigation of the event. This information is not present in the MINSAP statement.

Withdrawal of complete batches of vaccines is the most common action in case of suspected problems. The world health authorities treat with extreme care any circumstance that may create the slightest doubt about vaccines, the “anti-vaccine” groups are always on the lookout for the slightest error.

The most negative of this situation is the domino effect that it can generate among parents of children who arrive at the time of vaccination.

I am a father convinced of the importance of vaccines, how tremendously important they are to eradicate diseases that claimed hundreds of lives each year, diseases that have disappeared, such as smallpox, or taken to insignificant numbers of cases, such as polio But in the face of such a fact, I would not lead my children to be vaccinated without a guarantee that something similar will not happen to them, and if I think so, a convinced pro-vaccination father, what are other more undecided parents thinking?

I am convinced that at this moment hundreds of Cuban parents are deciding not to vaccinate their children, not until a convincing and precise clarification is issued. MINSAP must act quickly and professionally.

Vaccines also work by the so-called “collective immunity,” even when some children do not get vaccinated. The fact that the vast majority does protect the unvaccinated, if they only interact with other children who are, they have little risk of contracting the disease. This changes when the proportion of unvaccinated children increases. Below 85-90% of the vaccinated population this effect is considerably reduced and collective infections in schools and neighborhoods begin.

Recently the United States experienced an outbreak of measles, a disease that was supposed to be eradicated years ago. The reason? The anti-vaccine movements in that country and worldwide made many parents decide not to vaccinate their children.

In Cuba we have a great experience in the use of vaccines. In 1901 the mandatory vaccination against smallpox was established, in 1962 the first polio vaccination campaign was carried out, and diseases such as Polio, Tetanus, Diphtheria, Measles, Whooping Cough, Rubella have been almost completely eliminated , among other.

Cuban parents are convinced of the importance of vaccines and a case like this cannot create shadows on their importance to preserve the life and health of thousands of children.

The response of MINSAP and the Cuban authorities must be professional, precise and enlightening.

Opinion article: The statements and opinions expressed in this article are the sole responsibility of the author and do not necessarily represent the point of view of CiberCuba.