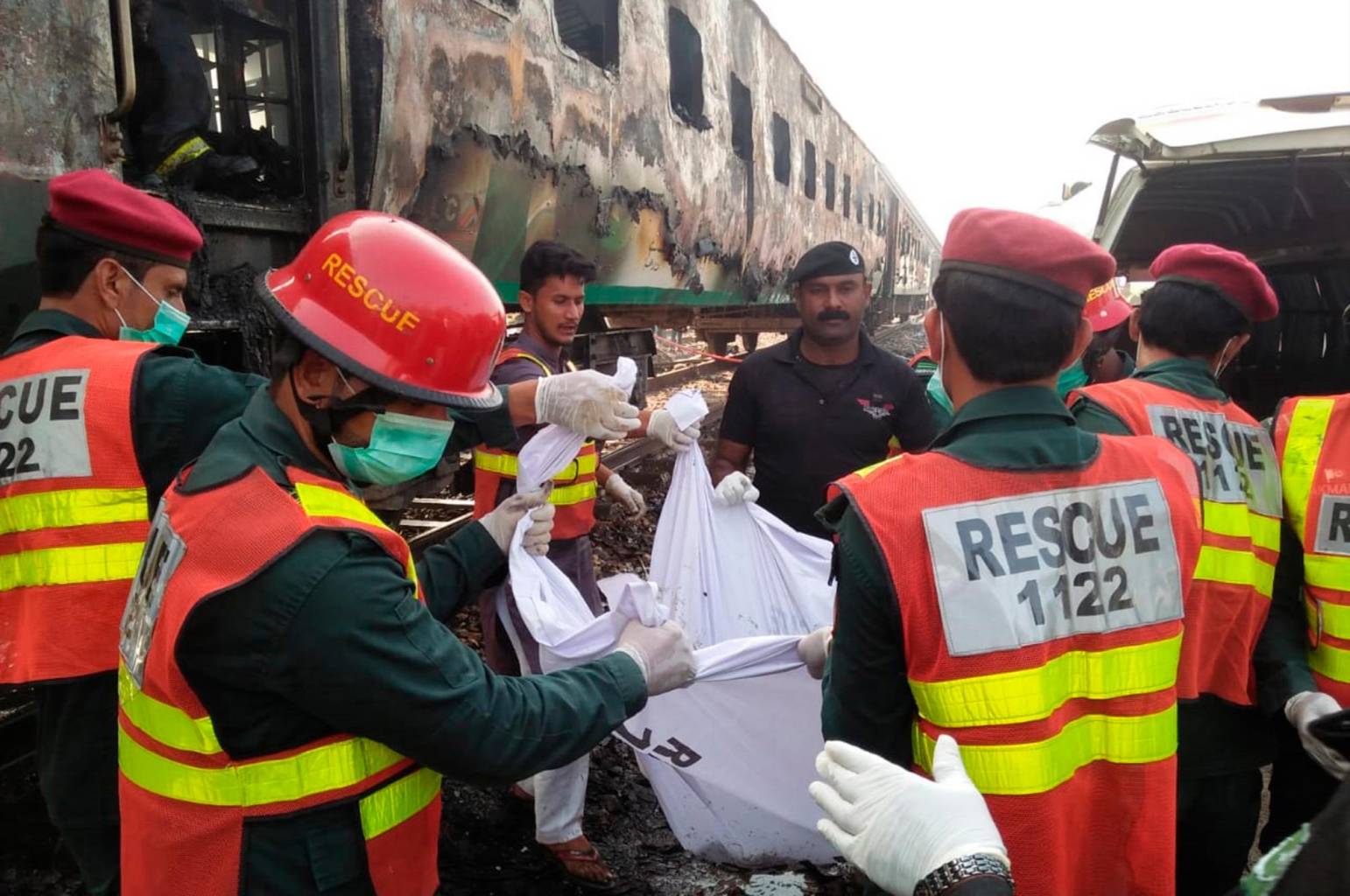 At least 73 people died and another 40 were injured Thursday by the explosion of a gas cylinder that passengers used to prepare breakfast on a train in southern Pakistan, according to the latest official data.

The explosion of the bottle occurred around 6.30 local time (1.30 GMT) near the city of Rahim Yar Khan and caused a fire in three cars, the spokesman for the Ministry of Railways, Ali Nawaz Malik, told Efe.

In total, 73 passengers died and another 40 were injured, the spokesman said.

The Minister of Railways, Sheikh Rasheed, told the media that 'most of the deaths occurred when people jumped off the train', and blamed the passenger for the sinister having raised the bottle, something that is not allowed.

The train, which made the route from the southern Karachi to the northern Rawalpindi, carried a large number of pilgrims heading to a religious festival in the northeastern Lahore.

Rescue operations were carried out by members of the civil and military administration, who have sent troops and doctors to the scene of the accident, the Pakistani Army (ISPR) communication office said in a statement.

Pakistani Prime Minister Imran Khan offered his condolences to the families of the deceased on Twitter and ordered an 'immediate' investigation.

Gas cylinders are prohibited on trains, but their use is widespread on long trips by passengers to prepare meals.

Train accidents are not uncommon in Pakistan, which has an old railway network dating back to the times of the British Empire, from which they became independent in 1947.

In July, 20 people died and 80 were injured in the collision of a passenger train with a freight railway also in southern Pakistan.

In November 2015, a railway accident caused 130 deaths and a hundred wounded in the province of Baluchistan, in the southwest of the country.