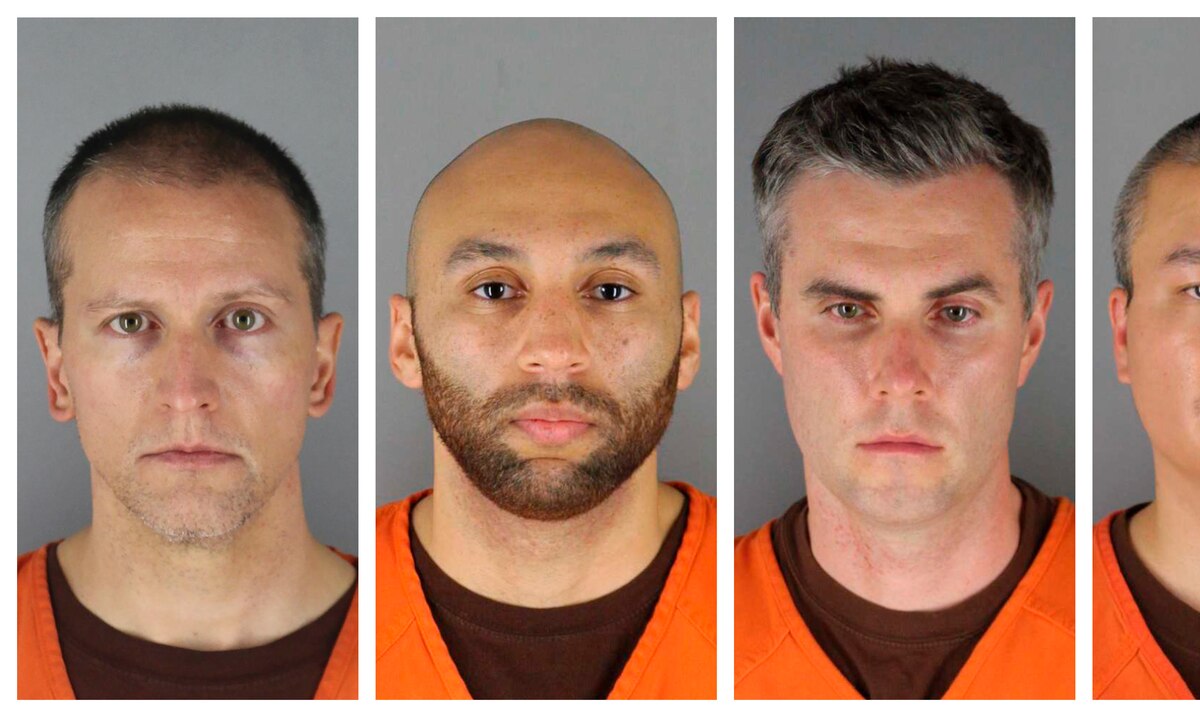 Minneapolis – Attorneys for four former Minneapolis cops charged in George Floyd’s death say each should be tried separately as each officer tries to minimize his own role in the black man’s murder by accusing the others.

Prosecutors say the four should be tried together due to the similarity of the nature of the charges and the evidence, as “it is impossible to assess the conduct of each defendant in a vacuum.”

The ex-agents were due to appear Friday at a hearing to resolve various issues, including the prosecutor’s request to try them all together. Defense requests to move the trial out of Minneapolis, isolate jurors and preserve their anonymity will also be argued.

Floyd, who was handcuffed, was killed on May 25 as white police officer Derek Chauvin pressed his neck to the ground using one knee. He is charged with murder in the second degree, murder in the third degree and manslaughter. Thomas Lane, J. Kueng and Tou Thao are charged with complicity in second degree murder and unintentional murder.

The defense’s requests to dismiss the charges will not be the subject of Friday’s hearing. The trial is scheduled for March.

It will be the first time that Chauvin will appear in person. He is in prison and has attended previous hearings via video conference.

Prosecutors say there should be only one trial because the evidence – which includes witness statements, body camera videos and the police department’s rules on the use of force – is similar in each case. They add that the agents acted in concert.

“Here, the four defendants worked together to assassinate Floyd: Chauvin, Kueng and Lane held Floyd upside down while Thao prevented the crowd from intervening to allow the other defendants to hold their positions. The defendants discussed and analyzed their actions throughout the incident, ”says a prosecution document presented to the court.

Prosecutors add that multiple trials would be traumatic for Floyd’s witnesses and relatives and that the single trial would be more efficient and in the best interests of justice.

Lawyers respond that they will likely present “conflicting” defenses and that evidence against one agent could negatively affect another’s right to a fair trial.

Mutual accusations already abound in the briefs presented by the defenders. Lawyers for Lane and Kueng maintain that their defendants are rookies who followed Chauvin’s orders. Thap’s attorney, Bob Paule, says his client’s role was “totally different” from the others because he controlled the crowd and protected the scene while the other three held Floyd.

Chauvin’s attorney, Eric Nelson, also points a finger at the others, noting that Lane and Kueng were the first to arrive and make contact with Floyd.

The lawyers of the four have requested the transfer of the process, because the publicity before the trial prevents them from giving them a fair trial.