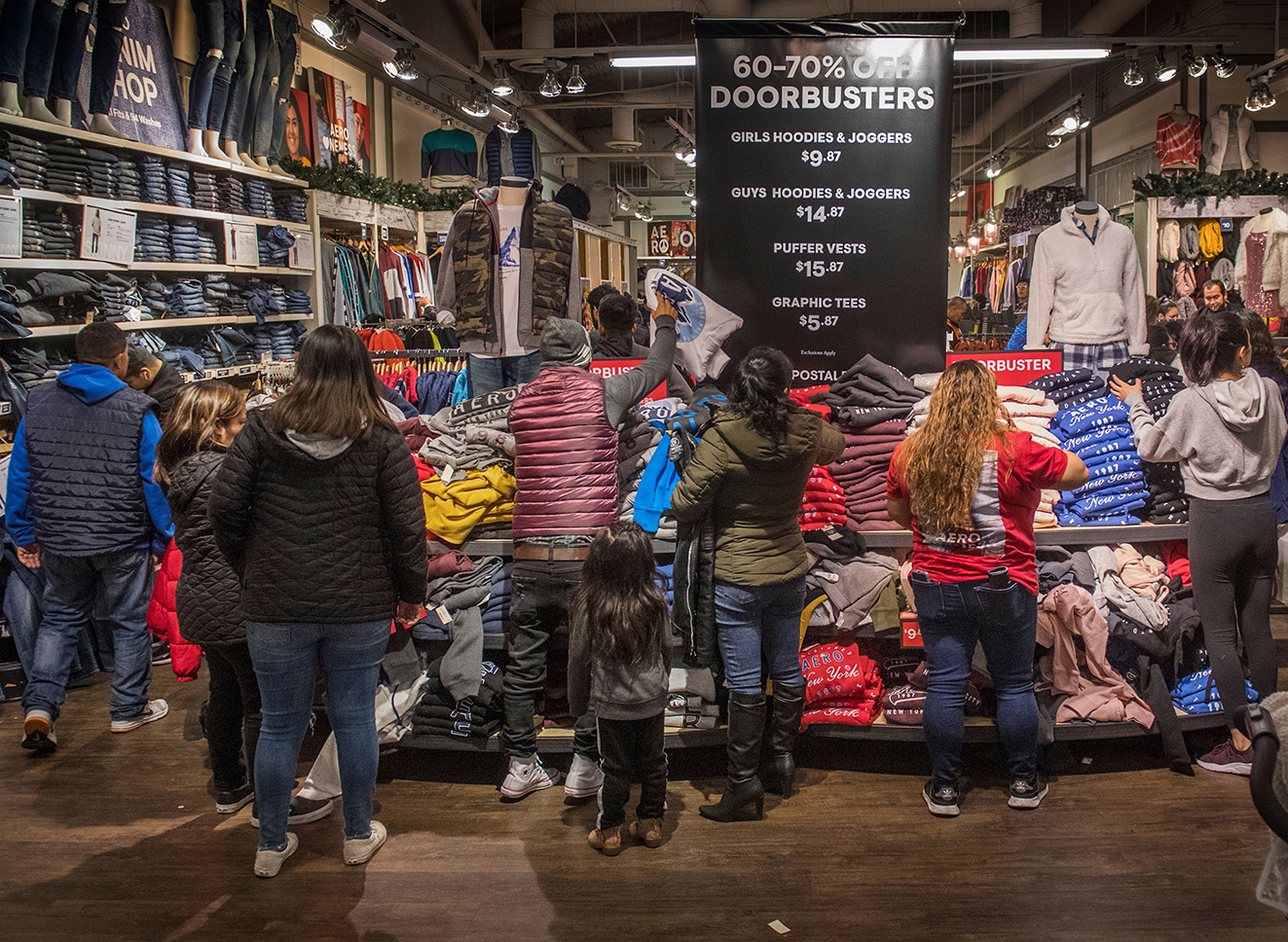 According to Oxfam, only in August in the United Kingdom more than two tons of clothes were bought every minute. It is not an isolated case. Everyone consumes and disposes of more clothes than ever.

In 2015, the last year that the Environmental Protection Agency (EPA) has data, the US generated about 11.9 million tons of textile waste, 34 kilos per person. Most ended up in landfills.

This figure represents an increase of 750% in relation to 1960 and a rate that multiplies by 10 that of population growth at the same time. Global textile production, which moves about 2.4 trillion dollars annually, doubled between 2000 and 2014, according to a McKinsey report. The number of garments that each consumer bought in the US also increased by 60%. The sum of these factors explains that the fashion and footwear industry produces 10% of carbon emissions. According to the United Nations, it is the most polluting after aeronautics and maritime.

The fundamental reason is that 60% of textile fibers are synthetic today, basically plastic produced from fossil fuels. For this reason, clothes that end up in landfills (85%) do not degrade, as do microfibers of materials such as polyester that release the tissues in the washing machine and end up in seas, rivers and lakes.

The chemicals used in the manufacture, dyeing and treatment of many fibers are so harmful to the environment that the EPA regulation considers textile factories as generators of toxic waste.

Cotton crops, the main raw material of the industry, are the ones that use the most pesticides. Organic cotton is cleaner but uses more water. And although it can be recycled, the resulting fiber is of lower quality. Pima cotton is more durable but more expensive.

The exponential growth of textile waste has paralleled the boom of “fast fashion” brands such as the American Forever 21, the Swedish H&M, the Spanish Zara or the Japanese Uniqlo, whose business model is based on the massive sale of garments Low cost.

Zara, for example, launches about 20,000 new designs a year, a marketing strategy that aims to encourage a constant consumption of new models. According to various estimates, fast fashion garments are designed to be used no more than 10 times, a programmed obsolescence similar to that of consumer electronics.

According to a survey commissioned by Barclays, 9% of British consumers buy clothes online just to be photographed with it on Instagram. Then they return it.

In Fashionopolis (2019), Dana Thomas recalls that since the slave cotton plantations of the southern US and the exploitation of child labor in the textile workshops of Victorian England, the textile industry has been one of the darkest corners of the World economy.

Today, in factories in Vietnam, Bangladesh or Thailand, but also in clandestine workshops in California or Italy, their workers face sometimes inhuman working conditions, as the Bangladesh fire showed in 2013, in which 1,100 people died and 2,500 were injured. Between 2006 and 2012 alone, more than 500 Bengali textile workers died in factory fires.

In 2013, consumers in the US spent about 340,000 million dollars on clothing, a good part manufactured in Bangladesh. Hence, the concept of "slow fashion" to slow down the pace of consumption, an idea advocated by fashion influencers such as Cat Chiang, Natalie Live, Emma Kidd or Stella McCartney, is breaking through in the sector.

According to the consultant The Slow Factory, much of the responsibility lies with the manufacturers. Among its proposals to make the industry more sustainable are the design of recyclable clothing so that a circular system is generated in which the discarded garments become the raw material for new clothes.

Other options are the rental of garments and the manufacture of biodegradable fibers and maintaining the polyester content – which is basically a plastic – between 20% and 40% of each garment. ●