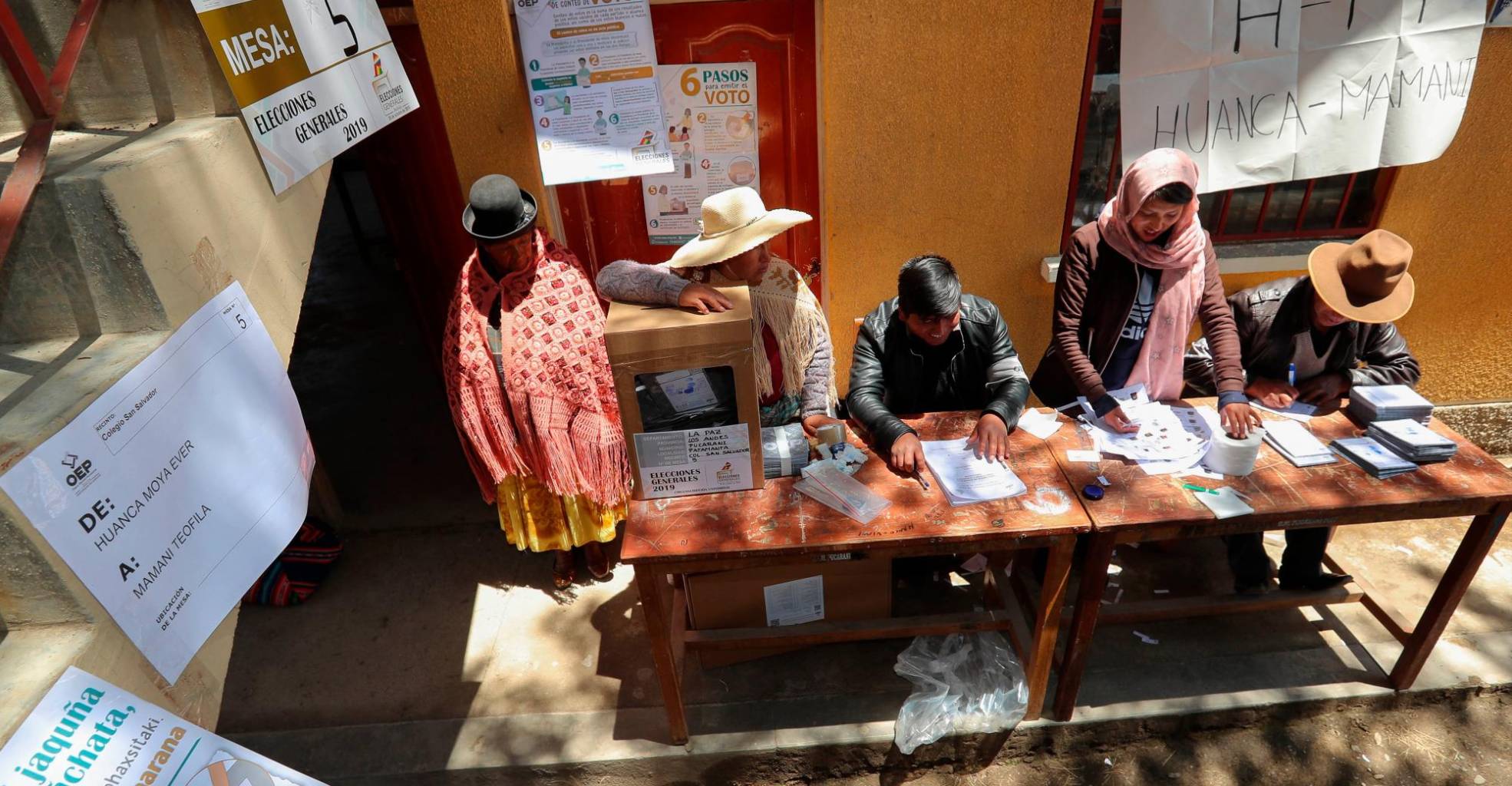 The president of the Supreme Electoral Tribunal of Bolivia said that the voting tables opened normally, both in the country and abroad, where they have already closed on continents such as Asia and Europe.

Shock commented that the few incidents were resolved by the jurors who supervise the tables, without repercussion for the normal development of the votes.

The head of the court made these statements after an appearance in which the members of the electoral body stressed this normality, having received the minutes of some countries from other continents and while the day continues in Bolivia.

The final results may take several days, according to the electoral law of the country.

Bolivian electoral regulations prevent the circulation of vehicles without authorization, citizen meetings and protests and alcohol consumption, among other restrictions.

The electoral roll is about 7.3 million voters, in the country, where voting is mandatory, and abroad, where it is voluntary.

The president of Bolivia, Evo Morales, deposited his vote shortly after starting the vote, in one of his electoral bastions in the central area of ​​the Tropic of Cochabamba, confident of being re-elected for a fourth consecutive term until 2025.

The opposition candidate Carlos Mesa, the best placed according to the polls to deal with it, did so in La Paz warning that he does not trust the electoral body, which he considers Morales akin to.

The elections are observed by observers from international organizations such as the Organization of American States (OAS) and the European Union (EU).