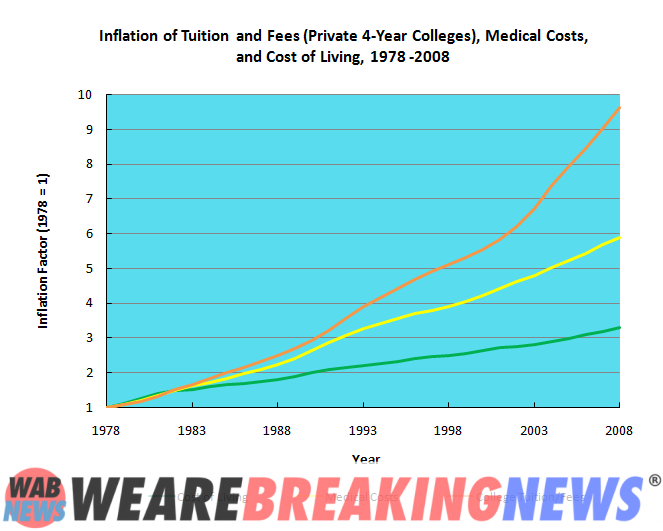 WASHINGTON (AP) — The U.S. Federal Reserve raised its benchmark interest rate by three-quarters of a percentage point for the second straight time on Wednesday, its strongest attempts in more than three decades to rein in inflation.

With this, the rate used for many personal and business loans rises to a range between 2.25% and 2.5%, its highest level since 2018.

At a news conference after the central bank’s most recent policy meeting, its chairman, Jerome Powell, offered mixed signals about possible next moves. He underscored that the Fed remains committed to reining in chronically high inflation, though he also left open the possibility that it might soon opt for less steep rate hikes.

And even as concerns are growing that the Fed’s actions could trigger a recession, Powell refrained from saying the central bank would slow its rate hikes if a recession hits while inflation was still high.

Roberto Perli, an economist at investment bank Piper Sandler, said Powell emphasized that “even if it causes a recession, bringing down inflation is important.”

But Powell’s hint that the pace of the Fed’s hikes could be slowed now that the key rate is at a level that is believed neither to promote nor constrain growth helped give a strong boost to Wall Street, where the S&P 500 indicator is lower. shot 2.6%. The prospect of lower interest rates tends to benefit stock markets.

At the same time, Powell was cautious during his press conference not to rule out a further three-quarter point hike during the next Fed meeting in September. He said the decision will depend on the results of the many economic reports to be released between now and then.

“I don’t think the United States is currently in a recession,” Powell said, hinting that Fed rate hikes have already had some success in slowing the economy and possibly reducing inflation pressures.

The US central bank’s decision followed a sharp rise in inflation to 9.1%, its fastest annual pace in 41 years, and reflects its efforts to limit price increases in all sectors of the economy.

By raising interest rates, the Fed makes it more expensive to get a mortgage, car or business loan. This causes people and companies to borrow less and spend less, which cools economic activity and slows down inflation.

Rising prices and fears of a recession have dampened consumer confidence and raised public anxiety about the economy, which is giving mixed signals. And with the midterm elections approaching, American discontent has hurt President Joe Biden’s popularity ratings, and raised the possibility that Democrats will lose control of the House and Senate.

The Fed’s move to tighten credit has punished the housing market, which is particularly susceptible to changes in interest rates. The average rate on a 30-year fixed-rate mortgage has nearly doubled in the past year to 5.5%, causing home sales to plummet.

Consumers are showing signs of reducing their spending in the face of high prices. And business surveys indicate sales are slowing. The central bank is betting it can cut growth just enough to tame inflation, but not enough to trigger a recession, a risk many analysts fear will not end well.