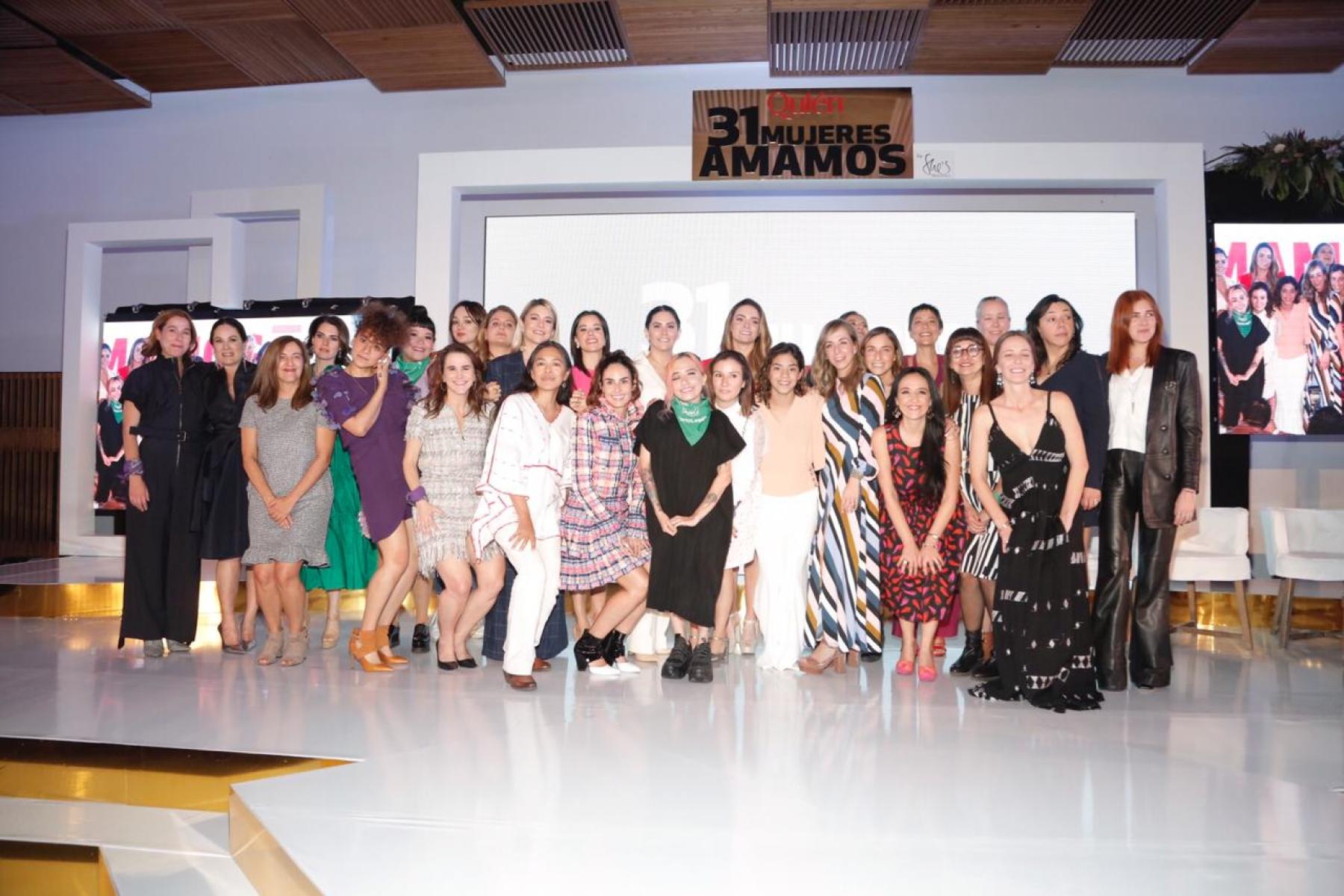 The 2020 edition of 31 women we love, presented by She’s Mercedes, not only recognized talent and audacity in various fields, it also became a great platform to raise your voice.

Messages of unity, struggle and sorority were the key ingredients of the 2020 edition of 31 Women we love , the celebration in which the magazine Who recognizes the work in different fields of Mexican women who build a just society in which the rights of women are respected and recognized.

This year, The event became a platform to discuss the particular moment in which one lives. Two days after the massive march on March 8 and one day after national work stoppage This meeting was presented as an opportunity to spread feminist protests and messages.

After parading through the red carpet, the guests joined in the intervention of the Mercedes Benz GLB 250, with messages of sorority and protest against gender violence.

Later, various invited celebrities, as well as the 31 women recognized this year, gathered to taste a menu prepared especially for the occasion by Santi Palacios and accompanied by the exquisite champagne Veuve Clicquot. The afternoon service and attention was provided by a crew composed entirely of women.

The first to speak Blanca Juana Gómez, general director of Expansión Publishing, and Claudia Cándano, editorial director of Soft News. While this is an annual meeting, this year was special for several reasons. The first of them, Blanca Juana recalled, is that 20 years have passed since the emergence of the Who magazine. “Two decades of embracing among its pages the most relevant, entertaining and committed stories to tell them like nobody else.”

Another of the elements that make this edition special is the very special moment in our country and the world in general where male violence against women has reached “alarming excesses”. In this sense, the group’s general director said: “It is more important than ever to highlight the work and struggle of women in various fields.”

During the celebration two dialogue panels were held, in the first of them the theater producer participated Julieta González, the architect Ana Paula Ruiz Galindo and the writer Carmen Boullosa.

During your participation Julieta González stressed that “We are a country with too much history and that aspiring to these political changes is a long-term shot and we have to keep pushing for that.” He added that it is much more important to make changes from within, from everyday life and with those closest to you.
The driver Rebecca de Alba He put the issue of violence in the country on the table. She asked the panelists if, in the case of Mexico, it was a gender situation. Ana Paula He replied that in our country there is talk of femicide, an act of extreme violence that has to do with gender. “It comes from understanding that women are killed for being women,” he said.