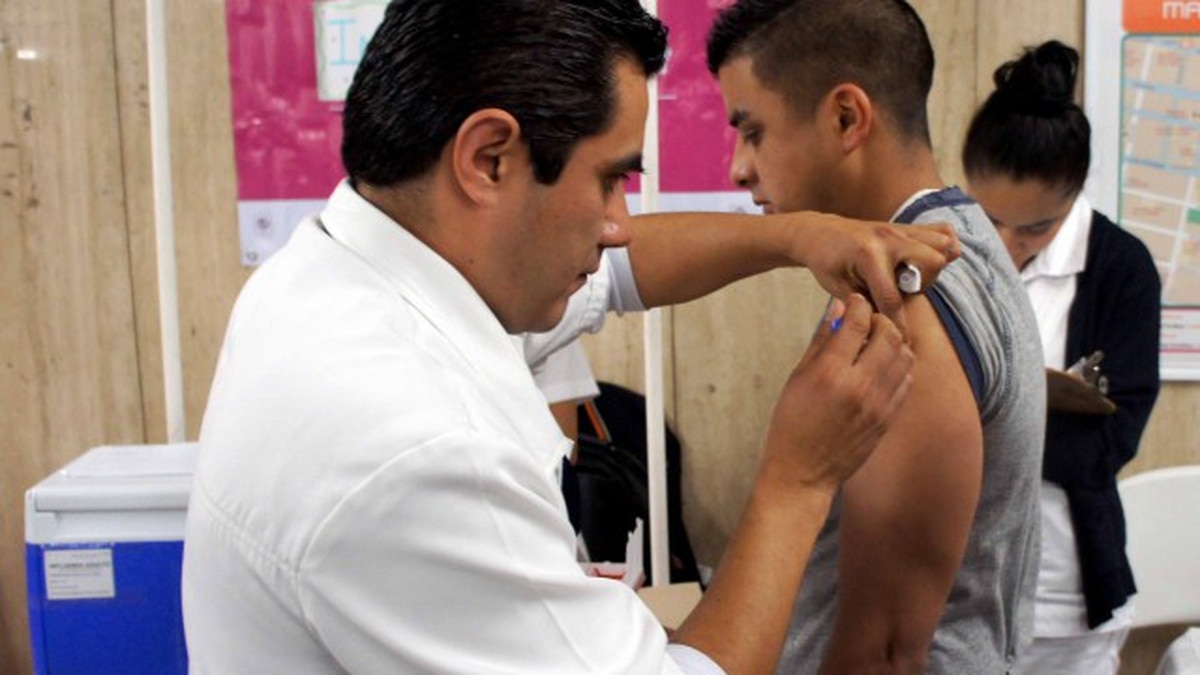 The flu season in the country officially started; This was announced by the Ministry of Health through the General Directorate of Epidemiology, who explained that in order to avoid a greater number of patients, they will be applying the vaccine against the virus throughout the country for free.

It was on October 4 when the influenza season officially began, which will last until the 20th week of next year, that is, until May 15, 2020. The authorities also recalled that there are several types of influenza, and that In Mexico the most common are A (H1N1), A (H3N2) and B.

This respiratory disease is highly contagious, since it is acquired by direct contact. However, it is curable if detected on time. The main symptoms, according to the World Health Organization (WHO), are the following:

The cough can last 2 weeks or more, while the rest of the symptoms last 7 days.

The people who are most at risk of contracting the disease are pregnant women, children under 59 months of age, senior citizens, and those with chronic and immunosuppressive medical conditions.

The recommendations of the Mexican Social Security Institute (IMSS) to avoid contagion include applying the vaccine annually; avoid contact with people suffering from respiratory illness; coat properly, wearing hats, gloves, scarf and thick socks; have a high consumption of fruits and vegetables; avoid sudden changes in temperatures and air currents; and avoid self-medication in case of presenting any symptoms of this disease.

Other precautionary measures to avoid contagion are coughing at the angle of the arm, avoiding crowded places and washing your hands several times a day.

Health authorities from Mexico and 19 other countries met this week to establish a strategy for notification, detection and containment of cases before the WHO warning about a possible influenza pandemic. The figures do not lie, there has been an increase in cases.

According to the Unique Information System for Epidemiological Surveillance (SUIVE), during the interstate season, 13,377 cases of influenza nationwide accumulated at the end of week 38 of the year were estimated.

The previous influenza season ended with 811 deaths and 7,210 cases across the country. The main type of virus detected was A (H1N1), followed by variants A (H3N2) and B. The states with the most cases were Mexico City, the State of Mexico and Hidalgo.

In contrast, during 2017 the type of influenza A (H3N2) prevailed, which has lived with people for more than 50 years and is less aggressive than type A (H1N1), which with a decade of existence, is more aggressive.

After the 2009 epidemic, when the new virus A (H1N1) arose, the annual figures were going down, until the 2013-2014 season, when there was an upturn of 1,853 cases and 220 deaths, also associated with a greater presence of That variant of the virus.

The health authorities extended to the population the recommendation to be vaccinated, as several studies show that vaccination not only prevents diseases related to influenza and influenza, but also reduces medical consultations, absences in the workplace and at school , and can prevent hospitalizations related to the disease.