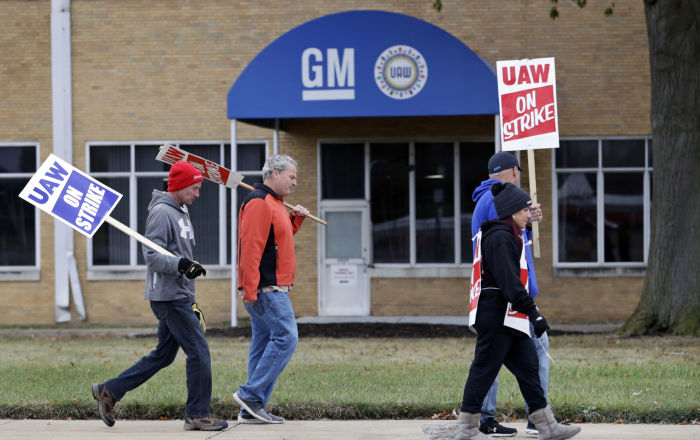 The General Motors (GM) workers' strike in the US exceeded 30 days and made history. The consequences also reached Mexico: inputs were missing and its plants had to assume a "technical strike" that revealed the country's subordinate role in this global chain, according to Mexican economist Humberto Juárez, who spoke with Sputnik.

The center of the conflict, led by the Automotive Workers Union (UAW), had to do with wage conditions and access to health, in addition to the job stability of newer workers, whose salaries are minor, among other conditions considered inferior to those of the oldest colleagues in the company.
"The strike began very combative after 12 years that one did not see one in the General Motors company and in the United States," said Juarez, a specialist in the automotive sector and professor at the Benemérita University of Puebla (BUAP).

In his opinion, the stoppage was "very important for the trade union movement because it had been a while since the UAW National Directorate, particularly the General Motors Union, did not harden the requests to the extent that the company did not accept its proposals."

For the economist, despite the decrease in the consumption of cars in favor of trucks or light trucks, General Motors had profits of 8,100 million dollars in the last year, data that supports the ability of the company to cope with the orders from the 46,000 workers who joined the strike in 31 US factories.

What do GM workers ask for?

The main issues that triggered the strike were four, according to Juárez:

Salary improvements for employees earning less than $ 20 an hour, requiring the salary adjustment period to go from 8 to 4 years to match the average $ 30 of older workers;
"Affordable" health benefits;
Temporary status and job security, which reduces the danger of a worker being fired at the end of his contract, so they demand that the temporary nature of the contracts of new workers be removed;
Investments in GM plants in the United States.
General Motors responded to these claims by offering investments of 7,000 million dollars in its eight plants in the US and a proposal to improve salaries and incentives, "without saying how much," and then lamenting the "radicality" of the union, said the economist.

How did the GM strike affect Mexico?

Twelve Mexican workers from the General Motors plant in Silao, Guanajuato, issued a statement in solidarity with the strike of their peers on the other side of the border. They got fired.

"These 12 workers were fired with the most evil tricks, one of them was accused of being a drug addict, but he was tested and negative," Juarez said. That was the first of the 12, all "people with a lot of antiquity who led the protest against the Mexican union and in solidarity support to the UAW workers," he said.

In addition, the company's decision to decree a "technical strike" at its plants in Mexico at the beginning of October not only hurt officials, who went on to receive 50% of their salary, but also revealed the dependent nature of the automotive sector installed in the country.

"The General Motors strike in the United States unveiled and showed the interdependence of global production," in which companies have permanently benefited from wage differences and labor treatment, Juárez noted.

The central part of the automobile linked to electronics, ignition and safety, as well as technology and products derived from it, are manufactured in plants in the US and sent to Mexico.

"The plants in Mexico only join, so from the second week of a strike at GM, there was a shortage of parts imported from the US, which generated the technical strike of Silao," said the professor.
General Motors has, in addition to the Silao (Guanajuato) plant, another in Ramos Arizpe (Coahuila), an automotive cluster in Querétaro and a strong presence in Ciudad Juárez.

"Ciudad Juárez is the world center for the production of auto parts. There are 330 maquiladora companies, of which 30%, just over 100, are auto parts producers that receive material from the US and export their products directly to the plants in that country," Juarez said.

It is not certain how many Mexican workers have been affected by the "technical strike" imposed by the company, given the dependence of Mexican plants on US production.

"This situation is the result of the dependence of the automotive industry mounted in Mexico, which was incorporated into global production at the cost of punishing its workers to the detriment of their wages and their political rights," concluded the economist.