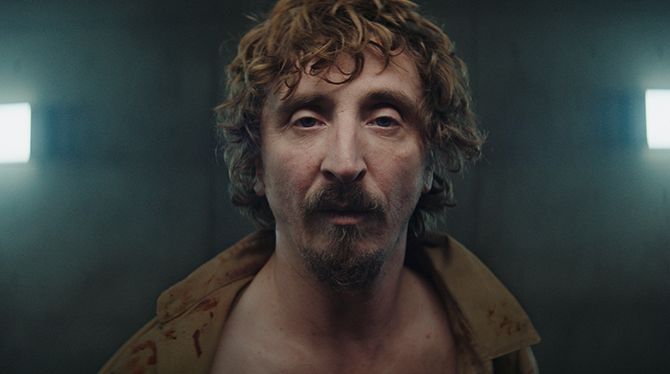 Note: This article does not contain spoilers for the movie or its ending. It premiered last Friday and in quarantine, The Pit is already one of the most viewed movies on Netflix. The Spanish psychological thriller is sweeping with its proposed bizarre and this morning it occupies position 2 of the Top10 of the most seen on the platform in Spain, and as far as we have been able to verify at the time of writing this article, in Italy it is in position 2 , the 3 in Argentina and 3 in England (yes, the English are also falling to the fury of the Spanish stories as was the case of Who kills iron and Toy Boy who were in the Top 10 recently). That is, it is sweeping and on social networks it is easy to find comments from those who cannot help but overturn their reaction to the shocking idea of ​​director Galder Gaztelu-Urrutia. However, the funny thing is that The Pit could well become the movie that divides Netflix users the most. There is as much applause as negative criticism among those who enjoyed or loathed his sociopolitical analysis. So should we hate it or see it? Here’s the crux of the matter: The Pit (Courtesy of Netflix) More For those who haven’t seen it yet, The Pit is a psychological thriller but also a critique of capitalism and a drama about the misery that surrounds humanity’s social divide to through characters participating in a heinous experiment. It had a short tour in theaters last November after garnering applause and awards at the Toronto and Sitges festivals. It is even the second Spanish film to win the top prize in the history of the national fantastic film festival. Starring Iván Massagué, the film introduces us to Goreng on his first day of experiment. He has been accepted to spend 6 months of confinement in a building (or jail) divided into hundreds of platforms. Each floor has two inhabitants who feed once a day through a table full of food that stops in the center of the room – a hole – and continues down after a few seconds. In other words, the first floors devour and eat everything, but little by little the table becomes empty, leaving the lower floors without food, which between hunger and madness end up committing terrible acts. Once a month, the “Administration ”Sleeps the contestants with gas and changes their platforms, living different experiences depending on which level they play. One month they can be upstairs and enjoy extreme superiority, but others can be downstairs, going through the hunger of their lives. Goreng has as a roommate Trimagasi, an older man who has spent almost a year in “the hole”, who knows very well how the place works. Even how manipulation plays an essential role in this survival game. Zorion Eguileor manages to shake with his interpretation, becoming the key figure in this film. This one or not on stage, you do not forget, but Goreng starts convinced that solidarity is possible and that it is a matter of all platforms organizing rationing their portion, and thus, everyone could feed. But soon he begins to lose hope. At least, in this cinematographic analysis, the human is a selfish and classist being.The hole (Courtesy of Netflix) MoreIn this way, the thriller invites to analyze the greed and selfishness that resides between the differences of social classes, the lack of love of neighbor and lack of solidarity among those who think they are superior. Even when classes can change from one day to the next, the despair that comes with survival makes these characters selfish eaters and budding killers. Read More “If everyone ate only what they needed, food would reach the lower level “Instructs Imoguiri (Antonia San Juan) in his attempt to achieve” spontaneous solidarity “in the group. But it’s impossible. And so, the film shows us how the protagonist is hitting rock bottom, concluding that it is necessary to send a message to the Administration to demonstrate that solidarity is possible despite everything. It is curious that there are many users who comment on the coincidence of its premiere with the situation of isolation that the world is experiencing due to the Covid-19 outbreak, as well as the selfishness that massive purchases in supermarkets portray. However, you should know that The Pit was scheduled to premiere on Netflix long before, so watch it or not watch it? Hate it or not? There are many viewers who have had no qualms about criticizing it on networks, especially for an outcome that allows different interpretations and that requires a viewer attentive to the details to give it the meaning they prefer, but so are those who applaud the courage of the Novel director with his idea. Although it should be noted that thanks to his signing on Netflix, the film is finding its audience, something that it could not achieve when it was released in a few theaters in November 2019, collecting just 219,764 euros and reaching 39,000 viewers. I have seen “El Hoyo”, a Spanish film that more than meets expectations. Although the end is open and I would have liked it to be closed more, I do not stop recommending it. pic.twitter.com/myqThULsMi

– Manu G (@ manugar26) March 23, 2020 I just saw the Spanish movie “El Hoyo”. Incredible ability to keep you in tension throughout the plot. A very good and original idea, although in the end they could have taken much more advantage of it. TO pic.twitter.com/45SB4K7S2l– Danieluchy (@SoyDanieluchy) March 23, 2020 #The hole It started out good, good ideas, it seemed like a play, I was excited until the end came so bad that I went to sleep in a bad mood— Yquémeimportaamí (@Wenoyquepaza) March 23, 2020 Unlike the dozens of tweets that I found against her, my position is the opposite: I recommend watching it but as long as you like intense thrillers that do not skimp on blood and violence. The hole is not for everyone, and that’s why it’s dividing so many users. It is one of those films that impact and propose a story that hides much more than it shows. If you let yourself go, it can manage to stay with you for a long time. We are facing a film that maintains constant tension while launching an analytical message about the recognition that there can always be someone in a worse situation than ours, and that solidarity and empathy are the only hope, but we must bear in mind that He hole is not an easy movie to watch. It is violent, bloody and with moments of great rawness, both visual and dramatic. But it is also true that it keeps an interesting social parable about the importance of just taking what we need or there will not be enough for the rest. Here we see a wild class war hidden in a twisted and interesting thriller. Those who appreciate this type of thrillers will find a proposal that invites reflection, achieving much more than impacting us with their images. But those who want a lighter plot for these days of isolation, may find in El hoyo a movie that manages to drive them crazy. More stories that may interest you: