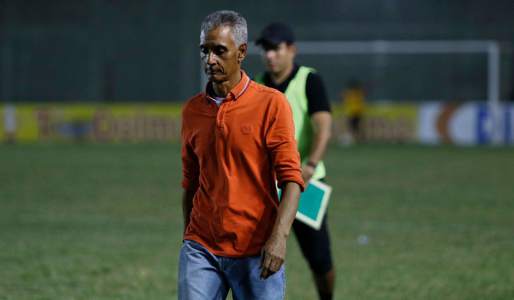 After the defeat of 1-2 suffered at the hands of the Platense, the Colombian Horacio Londoño is no longer the coach of the Honduras Progress in a duel corresponding to the 13th day of the 2019 Opening Tournament of the National League.

The South American strategist was appointed last August as the technical director of the Progressive group, so he leaves with only two months of being on the sidelines of the riverside cadre since he replaced Luis Alvarado in the current campaign.

From the hand of Londoño, Honduras could not obtain positive results, leaving the institution with just seven points and is in the penultimate position after 13 days.

"Unfortunately the team has made good matches and everyone ends up in losses, we have had a couple of rare situations, losing to Motagua, against UPN with a dubious penalty, but we can no longer hide," said Elías Nazar, president of the Progress club.

The top team leader said they already have several coaches among the candidates so they expect a good decision.

"We have to make a change. We have a couple of candidates, the only strong one is Ovid Fúnes since he has been in the team for two years, we have names and we are going to think about it by Monday," he said.

Honduras Progreso will be visiting Olimpia on October 16 as a visitor where they expect to have their new technical director.