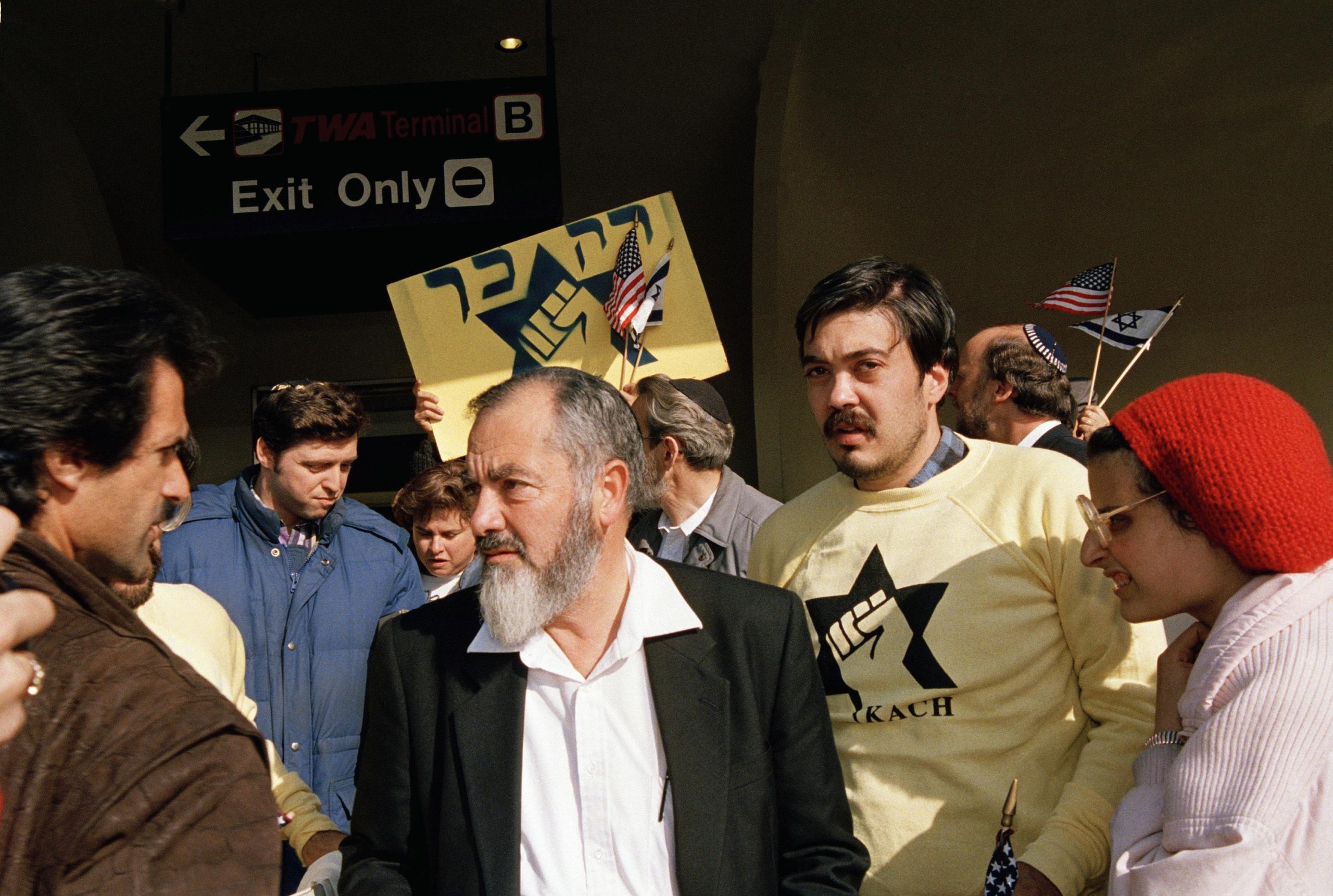 JERUSALEM (AP) – In the 1980s, Rabbi Meir Kahane’s violent anti-Arab ideology was deemed so disgusting that he was expelled from the Israeli parliament and deemed the head of a terrorist organization by the United States.

His disciples, however, parade through the streets of Jerusalem today shouting “Death to the Arabs!” and beating up any Arab who crosses their path. This week they participated in a wave of violence in Jerusalem and other mixed cities across Israel, in which Arabs and Jews attacked people and burned cars.

Thursday night there was more ethnic violence. In Tel Aviv, two Jews attacked a journalist covering a gathering of ultra-nationalist elements. In Lod, in the center of the country, a Jew was seriously wounded by a bullet by an Arab. In Jaffa, an Israeli soldier was attacked by a group of Arabs and was hospitalized in serious condition.

Israelis, shaken by the violence, consider right-wing extremists an aberration or a reaction to Palestinian violence. But for the Arabs, who make up 20% of Israel’s population, Kahane’s heirs are the natural consequence of a discriminatory system, accepted by some popular leaders who share his views.

Some Kahane admirers were elected to parliament in March, as allies of Prime Minister Benjamin Netanyahu’s Likud Party, and one of the most prominent appears regularly on television.

The reappearance of this sector adds another element of volatility to the Arab-Israeli conflict. It is also part of a shift to the right in Israel, where Kahane’s disciples are not the only ones taking a hard line toward the Palestinians and employing anti-Arab rhetoric.

Right-wing parties that support Jewish settlements in Palestinian territories and oppose Palestinian independence won a large majority of seats in March and Netanyahu and other right-wing leaders often paint Israel’s Arab minority as a fifth column, willing to collaborate with the enemy … unless they need your votes.

During his short stint in parliament in the mid-1980s, before being ousted, Kahane was shunned by his colleagues, including the Likud, and frequently made speeches before an empty chamber. His racist program contemplated the prohibition of marriages between Arabs and Jews, depriving Arabs of their Israeli citizenship and the mass expulsion of Palestinians. He was once suspended for showing an Arab lawmaker a gallows.

Kahane was banned from running in 1988 and two years later he was assassinated by an Egyptian-American in New York. But their ideology lives on in Israel.

In 1994, a Kahane supporter, Baruch Goldstein, opened fire at a shrine in Hebron, in the occupied West Bank, killing 29 Muslims, in addition to wounding about 100. This led the United States to label his movement a terrorist group.

In March, another admirer of the late rabbi, who for years hung a portrait of Goldstein on a wall in his living room, was elected to the Israeli parliament.

Itamar Ben-Gvir came to the Knesset as part of Religious Zionism, a bloc of far-right parties that emerged at the urging of Netanyahu to secure the votes necessary to be elected.

Since then, Ben-Gvir has made numerous television appearances, appearing as a cheerful person who knows how to respond to criticism.

One polling firm, Ifat, says Ben-Gvir is the third most interviewed politician on Israel’s radio and television, behind only Netanyahu and Naftali Bannett, another right-wing politician.

“He speaks well and knows how to handle himself,” says Shuki Friedman of the Israel Institute for Democracy. “On the one hand, he woos his supporters. On the other hand, he knows how not to irritate the rest too much ”.

He has made provocative visits to Arab areas and is always seen in places where there are unrest, haranguing the ultra-nationalists to stand up to the Palestinians and promoting the Jewish Power, as his party is called.

Last week he opened an open-air “office” in an Arab neighborhood in the eastern sector of Jerusalem where Jewish settlers are trying to evict Palestinians from their homes, sparking a confrontation. He then asked the police to shoot Palestinian protesters at the Al-Aqsa Mosque, a holy site for both Jews and Palestinians.

A Hamas rocket disrupted a parade commemorating Israel’s annexation of that sector, and violence broke out the next day. A channel of the Telegram platform that shows the Kahanist emblem – a yellow fist inside a black Star of David – that had a few hundred members added adherents and reached 6,000.

It was used to organize a crowd in a Tel Aviv suburb, Bat Yam, which on Wednesday pulled an Arab from his car and severely beat him. The attack scandalized Israelis and was widely condemned, including by the right wing. Israeli media said the national police chief accused Ben-Gvir of inciting a Jewish “intifada”, using an Arabic term that refers to two Palestinian uprisings.

Ben-Gvir is a lawyer defending Jewish extremists accused of attacking Arabs. He reached national projection when he tore a livery off the car of then prime minister Yitzahk Rabin in 1995.

“We got to his car and we’re going to catch up with him too,” Ben-Gvir said at the time. A few weeks later, Rabin was assassinated by a Jewish extremist contrary to his plans for peace with the Palestinians.

Since then, Israel has veered further to the right.

Dan Meridor, a former justice minister and senior Likud figure who was one of the proponents of Kahane’s ouster from parliament in 1988, believes Netanyahu made a big mistake by rehabilitating his supporters.

“You can see the dramatic and damaging change that took place in the Likud with the legitimization of the Kahanists,” he said. “It changed in a very tragic way.”

Palestinian citizens of Israel consider Ben-Gvir one of a number of Israeli politicians, including Netanyahu, who treat them as second-class citizens, not to mention enemies of the state.