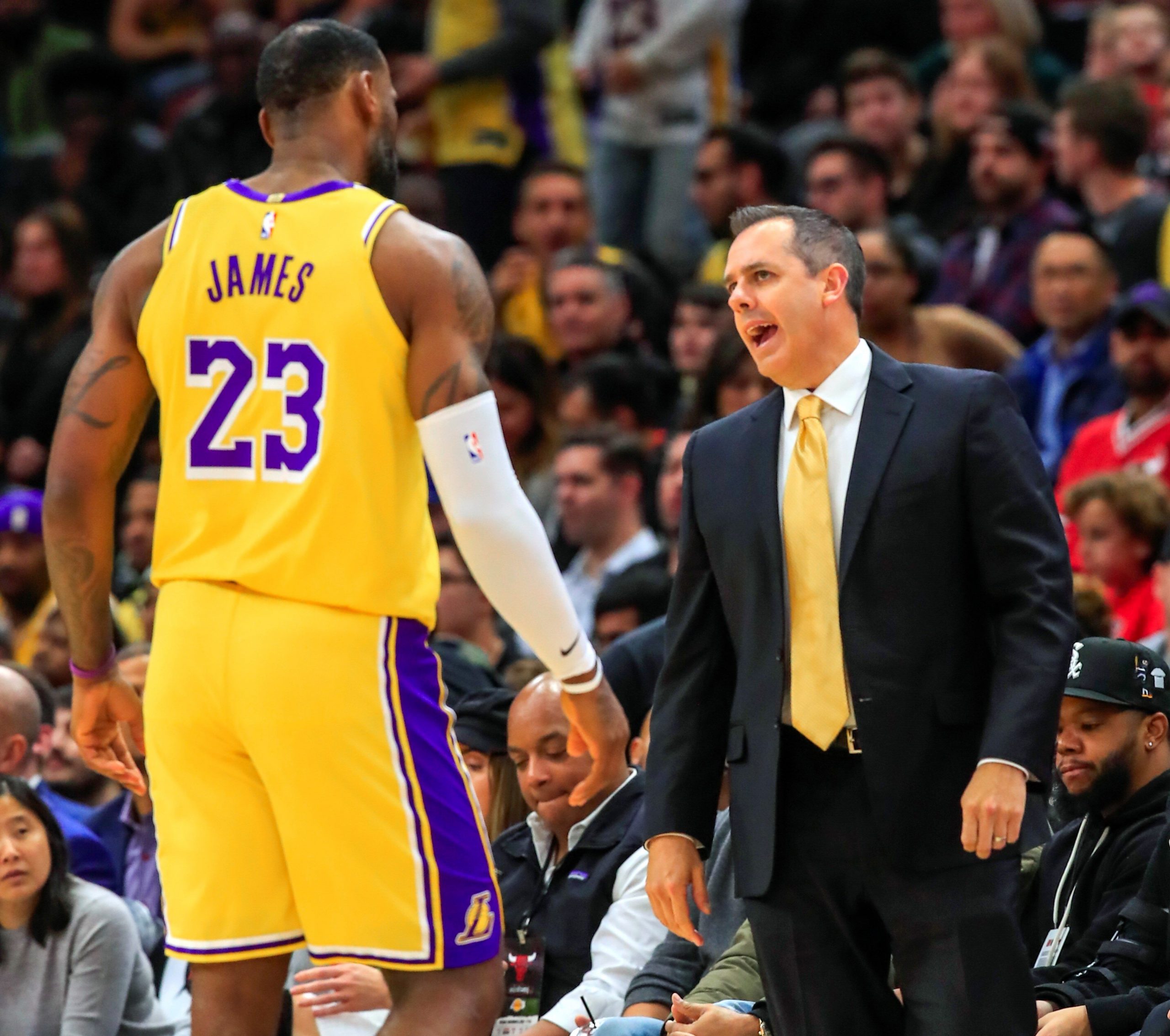 El Segundo (California, USA), Jan. 29 (EFE). – Training activity resumed for Los Angeles Lakes after being isolated for several days since the helicopter accident occurred on Sunday in which he lost the life of former superstar Kobe Bryant, her daughter Gianna Maria, 13, and seven other people. After admitting that the moment had been deeply sad for all the Lakers' families, the coach of the Angelian team, Frank Vogel, admitted that they had to continue in the fight for the goals that Bryant always looked for when he was the leader. Hence, the Lakers finished their first training with some somber laughter, but all wrapped in the thought of the figure of Bryant, whose numbers of 8 and 24 They were also present at the sports venue. "We have always wanted to make him proud, and that is not going to be different now," said Vogel, the only person who spoke to the media after training. It seems that the loss was still too crude for the players, including superstars LeBron James and power forward Anthony Davis, who were Bryant's teammates in the Olympic Games within the U.S. national team. Although Bryant retired in 2016, He is still enormously important for his franchise and his sport. Since the Lakers chose him at age 17, after completing high school in Philadelphia in 1996, Bryant had been the face of this franchise and a crazy city for basketball while he became five-time NBA champion and all-time leader of the team in points and matches. Now the team's goal will be to prepare for the next league match they will play on Friday, at the Staples Center, against the Portland Trail Blazers After having been postponed the one that they had to have played yesterday, Tuesday, against the Los Angeles Clippers on the same stage. "We have become a family in a very short time", co Vogel lied about the Lakers list, which has only one player who was Bryant's partner. "It's something we talked about in the NBA with each team, but this particular group has really grown to appreciate very quickly, and we understand the importance and opportunity we have this year. This has united us more." Bryant's death It has temporarily overwhelmed an exciting season of revival of the Lakers, who have missed the playoffs six consecutive years. The current Lakers, who are 36-10, the best in the Western Conference, have James and Davis as the figures that They will seek to get the seventeenth title in the history of the team. Bryant still had close ties with dozens of employees of the organization for which he played his entire 20-year career. The owner of the Lakers, Jeanie Buss, was very close to her family, and general manager Rob Pelinka was Bryant's longtime agent, only the veteran center of the Lakers, Dwight Howard, who has returned for the second time to the Lakers, played alongside Bryant in purple and gold, although briefly in his disappointing 2012-13 season, in which they were also always faced professionally. But almost everyone on the reconstructed list of Los Angeles played against Kobe, and everyone knew and respected to the most prolific scorer in the history of the Lakers with 33,643 points, the fourth best mark in the NBA. "He was the most feared player in the league for a whole generation," said Vogel. "His influence is found throughout the league, and in the Lakers' family throughout the world." James wrote an emotional Instagram post about Bryant on Monday, saying: "I promise I will continue your legacy! You mean a lot to everyone here … and it is my responsibility to put this (team) on my back and keep it up !! ". (C) EFE Agency