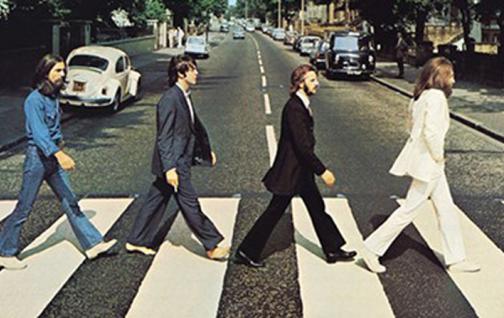 The 50 years of ‘Abbey Road’ have given way to a waterfall of commemorations, reads and publications around the last album recorded by The Beatles. But, between the sea of ​​anecdotes and lists of "the 10 things you don't know about Abbey Road", which are still known, there is little notice that this elepé was the last work of a formidable team.

In the 1960s, what was left were artists and groups. The Beatles was a musical miracle since its inception, a machine that manufactured 13 albums, all cornerstones of pop music, always with innovations, always with demonstrations that their destiny was to bring the future.

Unfortunately, everything wears out, even the most ingenious and powerful band in the universe, and the context in which ‘Abbey Road’ was recorded predicted the end of the collaboration between John Lennon, Paul McCartney, George Harrison and Ringo Starr, an unforgettable quartet.

Before, a clarification for non-Beatleanians: ‘Abbey Road’ is the last album they recorded The Beatles, but not the last one published. ‘Get It Back’ was recorded between January 2 and 31, 1969, but between remixes, changes of opinion and crossed agendas, it was just published on May 9, 1970, with the name of ‘Let It Be’.

‘Abbey Road’ was recorded from April to August 1969, after tense group discussions when they recorded ‘Get It Back’. Paul McCartney had perfectly grasped that the group no longer functioned as a unit and that the malaise of its members was general. Harrison had already said he planned to leave, and Lennon had replied that he would call Eric Clapton or Jimi Hendrix instead. Music is cured with music, so he proposed to his moody companions to try a new album, but in harmony.

George Martin was recruited again as the producer (Phil Spector was the producer of 'Get It Back') and received the promise that the four musicians would make their songs “as before”, that is, as in the early days when the songs they were elaborated with an active participation of the members. It was not like that: already from the ‘white’ disc of 1968, the work technique was that Lennon and McCartney recorded with the rest of their classmates as session musicians. Of course, what musicians !, but it was not "as before".

The story of how ‘Abbey Road’ was recorded is prolifically documented and shows that, although there was more will, something was already broken. For example, McCartney composed the keyboards of Come Together, a song by Lennon. But Lennon didn't let McCartney play that electric piano line and chose to be the performer himself. He looked over his shoulder as McCarney played, and then he did.

Lennon faced the recordings with disinterest and moodyness. He was a week late for the recordings because he had a traffic accident with Yoko Ono, his wife, and also consumed heroin. And he didn't play any instrument in the song Here Comes the Sun, something absolutely unusual.

The reason is that Lennon no longer felt attached to McCartney as an artistic partner, in addition to considering him very ‘commercial’, and wanted to try other sounds without the Beatles poster. His Japanese wife influenced, of course, but there was also general erosion. But, despite his attitude, he placed innovations, such as the sound of the Moog synthesizer.

McCartney contributed to Maxwell’s Silver Hammer, a bewildering song about a killer who killed hammers, and the ballad Oh! Darling, in which, applying the Law of the Talion, left Lennon out of the choral parts.
Ringo offered Octopus’s Garden, the second song he authored with The Beatles and considered for children. Over time, Ringo wrote a story based on that song.

George Harrison, on the other hand, shined with Here Comes the Sun and Something, and showed that he lived up to Lennon and McCartney as a composer. Harrison was the youngest of the quartet and began with a deep admiration for Lennon and totally devoted to the madness of being part of a band that, in a tris, was the most famous in the world.

In 1965, Harrison discovered acid but also Hindu spirituality. He stopped believing that The Beatles was his life. He got tired of fighting with Lennon and McCartney for a space as a composer. He wanted to go.

The structure of ‘Abbey Road’ consisted of a side A with 24 minutes of six songs and a side B with a song, Here Comes the Sun, and a medley of 10 short songs of various themes and styles. Interestingly, the last song, Her Majesty, is not in the index of the elepé but it sounds after 20 seconds of finishing the ‘medley’. It was included by mistake, because McCartney considered that it was others and requested to eliminate it, but the engineer forgot it and Her Majesty became the first ‘hidden track’ in history.

The criticism of ‘Abbey Road’ was complimentary, it was 17 weeks as number one and today it is still a reference for pop. His reissue this year, consisting of alternative shots and extras, reached number one in the United Kingdom.

The cover is also part of popular culture and the history of its elaboration and its impact is also well known. The photograph shows The Beatles crossing a crosswalk in front of the Abbey Road recording studios, on the street that bears the same name. It has been parodied countless times and today, that street is part of the emblematic sites of London. Too bad that this walk ended up being the last of the best musical team in history.