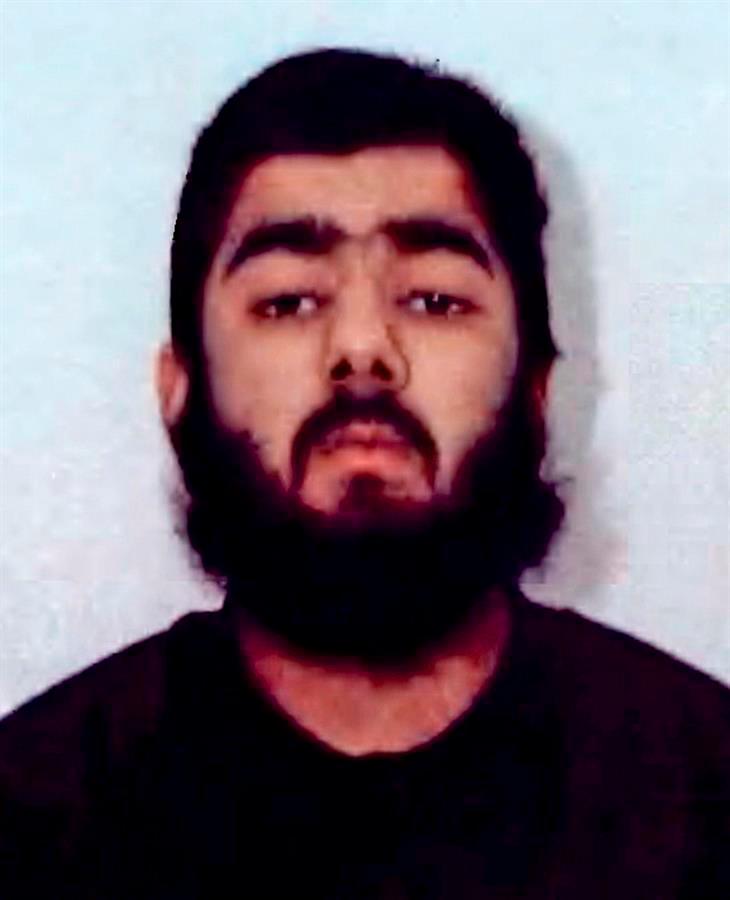 London, Nov. 30 (EFE) .- The terrorist who slashed two people with slashes and wounded three others on Friday near the London Bridge had left prison a year ago, after serving half a sentence of 16 years to plan jihadist attacks in the British capital.

Usmar Khan, 28, identified by the police as the author of yesterday's attack, had belonged to an al-Qaeda-inspired cell that was dismantled before he perpetrated a major attack in the weeks before Christmas 2010.

Among the list of objectives of the group that the police then found were the Stock Exchange building, Big Ben, Westminster Abbey, the American embassy in London and the home of Boris Johnson, then mayor of the British capital.

The now prime minister of the United Kingdom visited the London bridge on Saturday and defended the need to tighten penalties against the most violent criminals, as well as ensuring that terrorists fully comply with their sentences.

Less than two weeks before the general elections of December 12, the 'tory' leader stressed that his electoral program plans to change the law so that those inmates spend more time behind bars.

Khan, who had been carrying an electronic tracking device since he was released last December, was participating in a conference organized by the University of Cambridge on prison rehabilitation when he decided to carry out his attack.

One of the two people he killed was Jack Merritt, 25, coordinator of a reintegration program linked to the Institute of Criminology at that university, according to British media.

The identity of the other mortal victim, a woman, is still unknown, while health authorities maintain that the most serious of the three injured is in a 'critical, although stable' condition.

The terrorist, who was wearing a false belt of explosives, began stabbing a number of people inside the Fishmongers 'Hall, the historic headquarters of the fishmongers' guild in the United Kingdom, where the Cambridge University event was held.

According to the reconstruction of the events carried out by the police and the media, some of the people who participated in the act forced Khan to go out and ended up reducing him on the sidewalk of the London bridge.

THE HEROES OF THE LONDON BRIDGE

The front pages of the British newspapers have dedicated ample space to the 'heroes' who risked their lives to placate the terrorist and the prime minister has praised his bravery: 'They represent the best of our country,' he said.

The actions of these citizens have revived the memory of the Spaniard Ignacio Echeverría, who died in an attack at the same point in the British capital, in June 2017, when he was trying to protect other people.

Some of the men who reduced the assailant on Friday were permit inmates and exconvicts who participated in the same reintegration program.

Videos spread on social networks show how one of them used the gas of an extinguisher to try to disorient him, while another used a long whale fang that was exposed on a wall of the Fishmongers' Hall to face him.

The latter has been identified by the media as Lukasz, a Polish chef based in the British capital.

One of the most reproduced images of the attack is that of a man who took the terrorist's knife and walked away with the gun in his hand.

A spokesman for the British Transport Police said it was one of his agents, who was crossing the bridge at the time, dressed as a civilian, and "ran bravely into danger."

Another person who helped neutralize Khan is James Ford, convicted of killing the 21-year-old Amanda Champion in 2003, whose body was found in a landfill.

Ford was on prison leave on Friday and was participating in the same program as the dejected terrorist.

The aunt of the murdered young woman, Angela Cox, said in an interview with the BBC that the man is no 'hero'.

'Yes, he has done something that is right, but that does not compensate for his actions. He is not a hero and never will be, 'he said. EFE