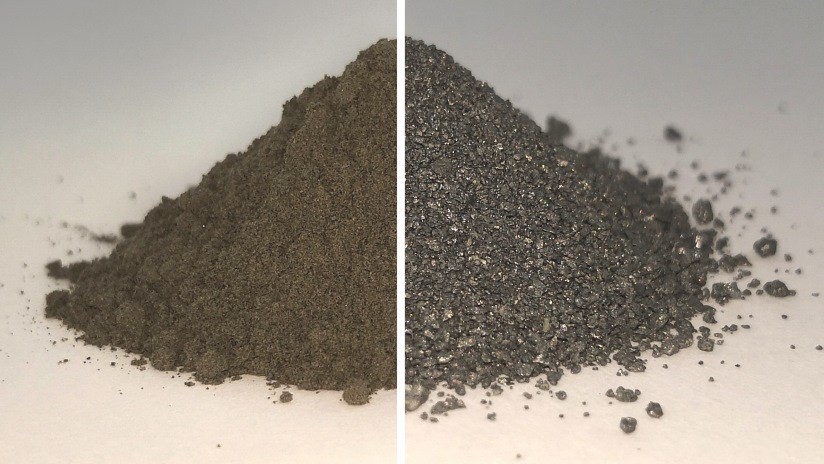 Astronauts will be able to breathe on the Moon when they descend there again, and for this it is only necessary to extract oxygen from the lunar regolith, suggests a study published recently in the journal Planetary and Space Science. A group of British chemists and technologists has made the necessary calculations to make this conversion of dust into gas feasible, in a process from which a useful metal alloy is simultaneously obtained.

Thanks to the samples brought to Earth by the lunar missions of the twentieth century, both American and Soviet, it is known that oxygen abounds in the lunar soil. Between 40 and 45% of the mass of the regolith is oxygen, something that makes it the most abundant component by weight.

The team conducted an electrolytic deoxidation test of a simulator material of that regolith and has offered "the first in-depth study" of how it is reduced. The analysis of the resulting metal powder showed that 96% of the total oxygen was successfully extracted, although only one third was detected in the waste gas, while the rest was lost by corrosion of the container.

Electrolysis and its hottest alternative

This is a "direct powder powder processing," said chemistry Bethany Lomax of the University of Glasgow in Scotland, the lead author of the study, whose comment was collected Wednesday by the European Space Agency (ESA). Meanwhile, alternative methods would have significantly lower yields or would require the regolith to melt at extreme temperatures of more than 1,600 ° C.

In the British experiment, the mixture of the regolith with calcium chloride (the electrolyte) was heated to approximately 950 ° C, a temperature that does not melt the material. Then an electric current was applied for 50 hours. 75% of the oxygen was released in the first 15 hours of the test.

From expensive to sustainable

The researcher admits that the reaction converts this oxygen into "an extremely expensive resource", but also generates metals, metal oxides and glass (from the silicon present in the compounds). This advantage of simultaneous extraction could provide the necessary sustainability to the process.

ESA's lunar strategy manager James Carpenter, who was not involved in the study, estimates that the technology "would give lunar colonists both access to oxygen for fuel and life support and to a wide range of metal alloys for on-site manufacturing ".

The predominant metals in the alloys are calcium, iron and aluminum in different proportions and sometimes with small amounts of other mixed metals. This discovery means that the proposed method could make sense even if it is possible to extract oxygen from the ice reserves they expect to find on the Moon.