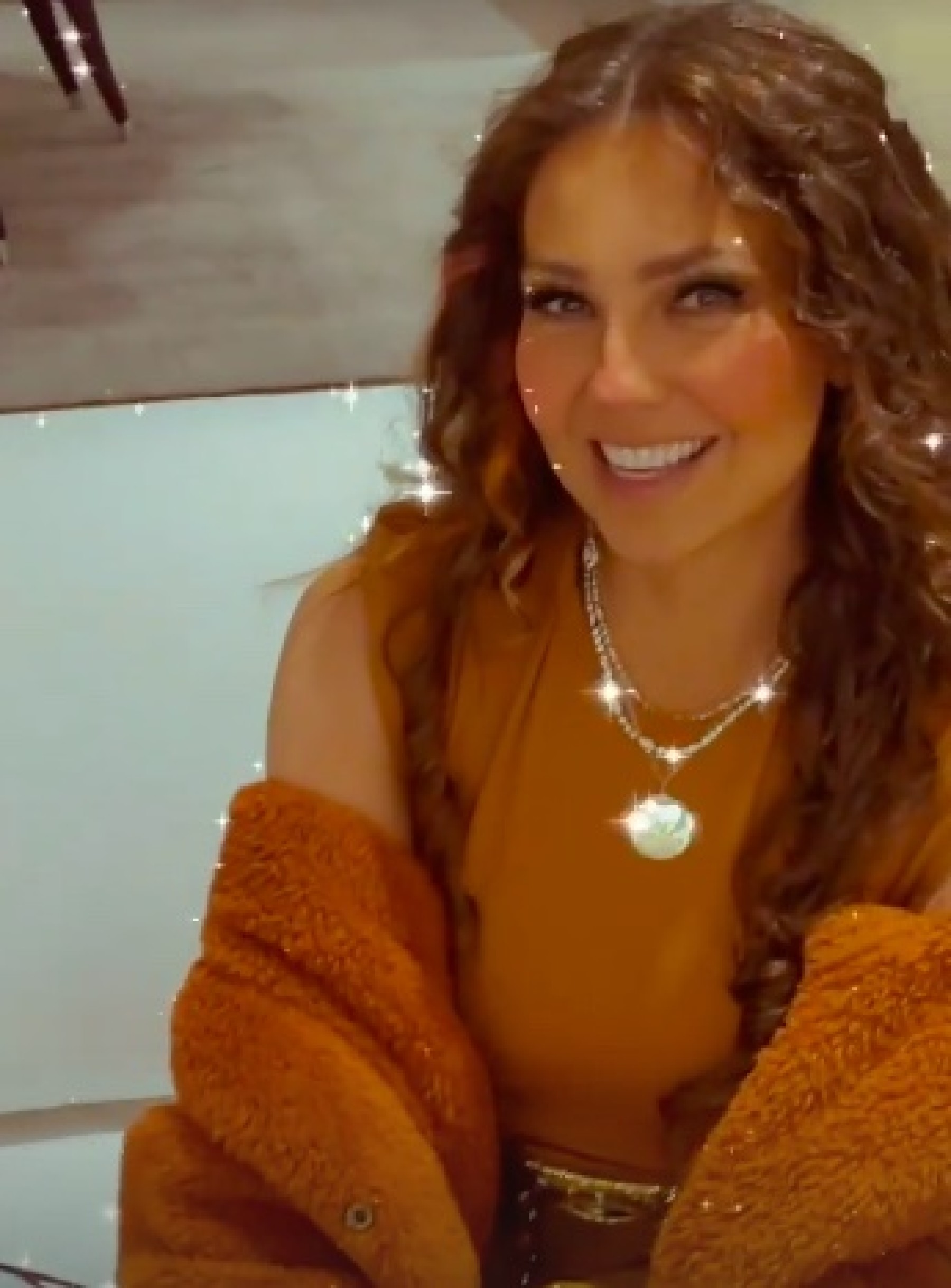 Yesterday the couple celebrated 20 years of marriage and the music producer did not miss the date, in addition to publications in networks, he consented to his wife at home.

Thalia Y Tommy mottola They spilled honey during the celebration of their wedding anniversary, and after the romantic messages that were sent through social networks, the music producer surprised the singer with a dinner and a luxurious gift.

Two decades after having pronounced the “Yes, I accept!” At the altar, the businessman shared through his Instagram stories the home dinner that he prepared for his wife to celebrate this special date.

“This is our anniversary dinner, look what a delight! Smoked salmon, potatoes, caviar, plus some fresh tomatoes from our own garden, our anniversary book … what’s better than this?” Mottola about the food they were going to taste.

Immediately afterwards, the music mogul focused on the Mexican singer, who was wearing a special outfit for this gala, and added: “Of course, the love of my life …”.

After dinner Tommy He continued to show how in love he is with Thalia, and he did not hesitate to sing an impromptu “happy anniversary to his wife”, modifying the lyrics, at which point he presumed that on the actress’s chest was an expensive jewel in which the number 20 could be seen.

The expensive gift refers to the years they have been together as spouses. In addition, of the Stories, Mottola He dedicated a message, accompanied by a video, to his life partner on Instagram: “Happy anniversary my life, my love, my everything! @thalia 20 years ago we walked down the aisle of St. Patrick’s Cathedral.

“My whole life changed forever and ever! It took me a long time, but God is good and brought me the love of my life, my only true love. There for me all the time, no matter what, unconditionally! I am with you now and for infinity + infinity “, he concluded Tommy.