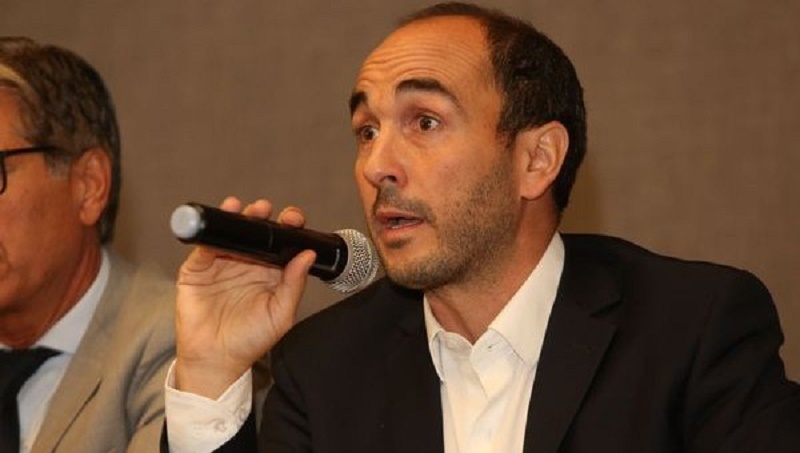 When interviewed he uses clear tips: continuity of the Classroom Item, denounces the existence of licenses, equals educational quality to number of days. Question the need to heal or care for a sick family member. It does not talk about education, literacy plans, projects or content. He doesn't talk about fixing schools. He is not an education official, he is a minister of "adjustment and attack on elementary labor rights."

He is not a teacher, but Thomas is the director of the DGE. He did not step on a public school but he thinks about them. In an interview in a newspaper in the province, and in which he felt quite comfortable to speak, he said: "The teaching status is the one with the most licenses."

Obviously, the brand new official still does not have much idea of ​​the area he has to manage, and that the Statute does not guarantee licenses, but a provincial law: 5811, which regulates the rights of all State employees. They talk about legality, but they don't know her, or maybe she doesn't care.

José Thomas defends the application of the classroom item, although he cannot explain what was done with the money “saved” with the discounts. Ensures that the trigger clause "is exhausted" by the economic situation and requires that teachers and students are in schools as many days as possible, no matter under what conditions, so advocates that the start of classes is marked for Wednesday 26 of February.

In a not very responsible definition of an official, neglecting a state matter such as public health, he said that “there are a lot of teachers who are going to work with and without the classroom item. If a person breaks, they can go to teach with a boot, although it is true that ART does not leave you. I've done it many times. "" There are teachers who are sick to work. "

He assured that the education workers lie to the system and questioned that in a guild with 80% of women, many mothers and heads of household, there is a family care leave. A true misogynist attack on the elementary right of a mother to care for her daughters.

When he was appointed he declared that "he would love to have a good relationship with SUTE." The campaign phrases were short-lived, and when closing the accounts of the province before an adjustment budget and to honor the “debts”, like the previous one, this government chooses to attack the workers of education. Mendoza learned in the defense of its pure water and the 7722 that the force is in the mobilization.

If you are from Mendoza:
Get in touch and organize with the PTS in the Left Front or with Bread and Roses in your work, place of study or neighborhood.