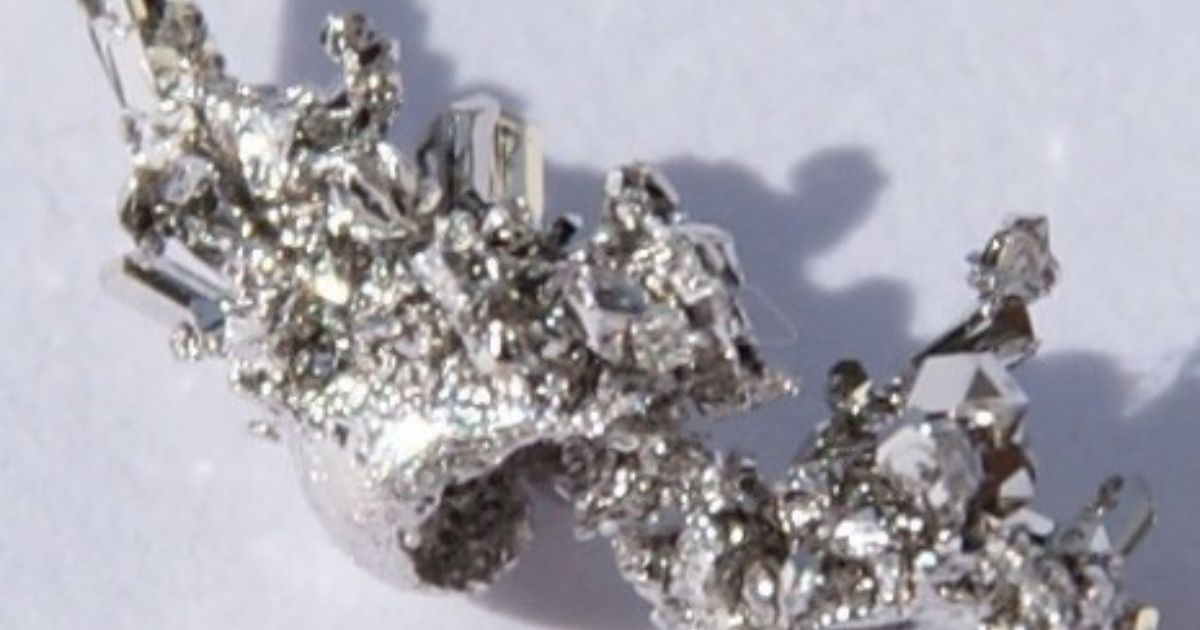 Not all that is worth is gold, so says an old saying. And it is the absolute truth, the yellow metal is not the most sought after on the planet as many think. It is another that looks more like silver and is related to the environment. Do you know what it is? Here we answer the question.

The metal that is worth more than gold is palladium. Currently, that element is worth more every day in the world market and this 2019 its price has risen 40%, and this is far from the limit. Its price, today, already exceeds $ 1,800 per ounce compared to $ 1,500 per ounce of gold. It is projected that by the end of 2019 its price will exceed $ 2,000, says Fayer Wayer.

We go to the old Periodic Table. This is what Palladium says: It is a chemical element of atomic number 46 located in group 10 of the periodic table of the elements. Its symbol is Pd. It is a transition metal of the platinum group, soft, ductile, malleable and not very abundant. It chemically resembles platinum and is extracted from some copper and nickel mines.

But what is its use and why is it related to the environment? Palladium is used in the manufacture of exhaust catalysts for gasoline engines, and since larger countries pay more and more attention to the environment, the demand for this metal continues to grow day by day, says Ole Hansen, head of the Department of Commodity Market Strategy at Saxo Bank, to the Sputnik agency.

“There cannot be a maximum price for palladium as such until we reach a level where it is more appropriate to use another metal, such as platinum, or until a slowdown in the global economy leads to a decrease in the demand for new cars ”, Adds expert Hansen.

Its silver color and its scarcity have caused palladium to have been considered a precious metal since ancient times, but what makes it so appreciated beyond its appearance are its properties.

And it is that in contact with the air it does not oxidize, it is soft and malleable, it is the metal of the less dense platinum group and with the lowest melting point, and, what is much more surprising, it is able to absorb amounts huge molecular hydrogen (H2) at room temperature.

Precisely, this last property is the one that largely places it as the ideal candidate to be used in vehicle catalysts, because it can absorb up to 900 times its own volume in molecular hydrogen.

It has a role in electronics

Similarly, the applications of palladium go far beyond its use as a central element in the catalytic converters of the latest generation vehicles.

In consumer electronics it is also an element that is highly appreciated for its versatility. This industry has given it several applications, but one of the most relevant is to use it, usually in alloy with silver, in the electrodes of multi-layer ceramic capacitors. A capacitor is an electrical component that is capable of storing potential energy in the form of an electric field.

Palladium is also frequently used, usually in alloy with nickel, as a coating of the contact areas between electrical components. Another application of this chemical element are welding panels, especially those used in jewelry, due to their robustness, strength and durability.