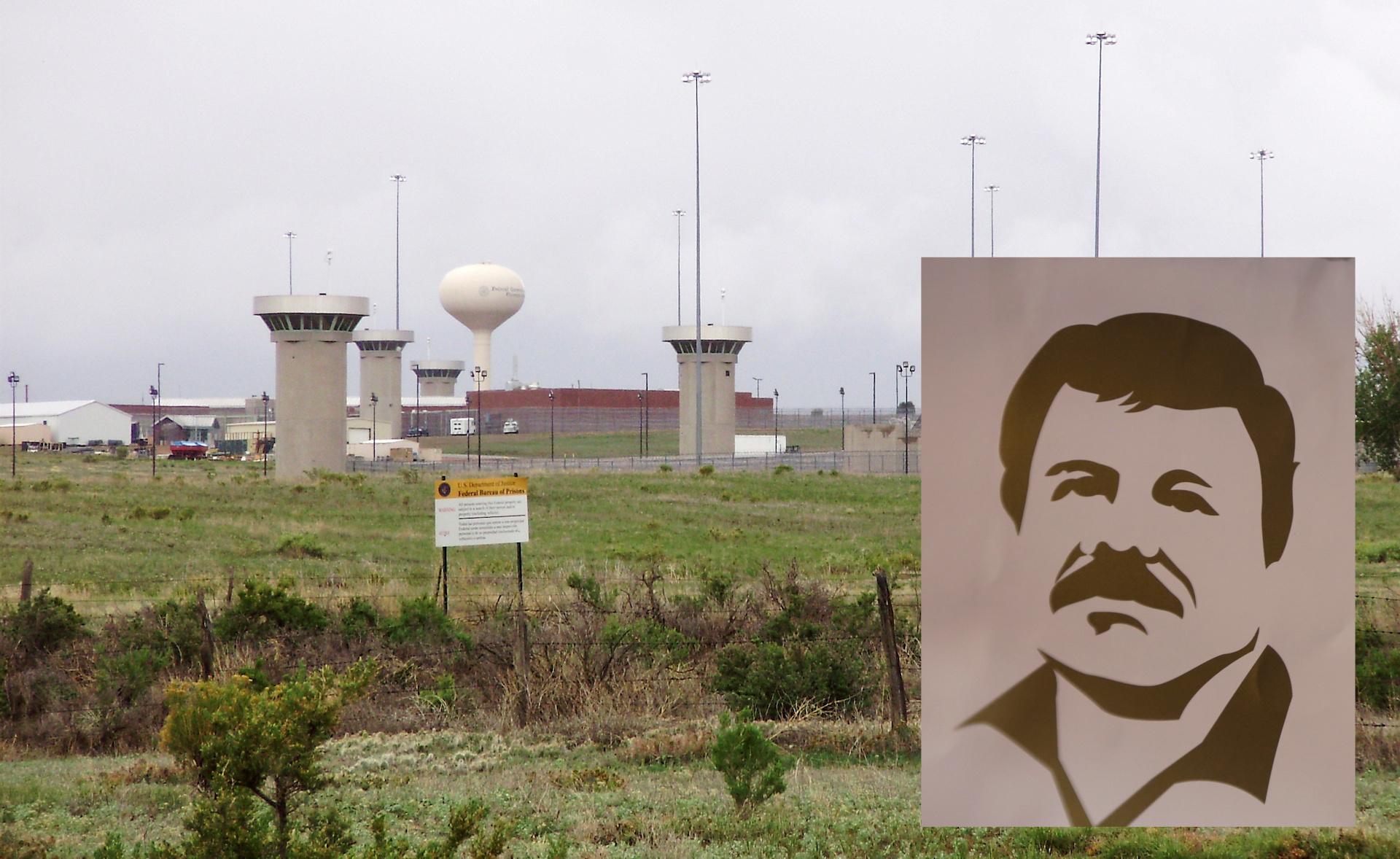 The prison to which Joaquín Guzmán Loera, 'El Chapo' has been sent, is considered to be the safest, unique in its class, from which no one has escaped since its opening in 1994. However, even here the inmates find ways of surround the strict security to which they are subjected, according to the revelations of a witness in a court in Los Angeles, California.

A chief of the Californian gang known as the Mexican Mafia detailed the misdeeds of his organization in the super maximum security prison in Florence, Colorado, during the trial against José Loza last August.

According to his account, the Mexican Mafia, a kind of federation of Hispanic gangs in southern California, operates within the strictly guarded criminal, with its own rules and methods of communication.

"If I was in (cell) 5 and he was in 4, above, I could talk to him through the bathroom," said Thomas Moreno, a prisoner in this jail whose criminal record goes back to 1987, according to the portal of news on the internet The Opinion.

Moreno, who is 60, said he used to talk with other gang members, even while in solitary confinement. A clear violation of the rules of the penitentiary administered by the Federal Bureau of Prisons (BOP).

“You can remove the shower or sink and you can talk to someone through the pipe. "If someone wanted to talk to you, they just call you and you answer, as if it were a phone," Moreno said, according to the Sinembargo news portal.

Moreno said it could even be done with security devices such as double doors, in response to a federal prosecutor's question.

The BOP authorities have said they monitor inmates' communications, especially that of drug traffickers.

During his stay he learned an elaborate sign language to speak during the only time of day they let them out to the patio.

“They have seven small cages, one next to the other, and each person is put in a cage. You can talk through the fence, simple, as if you were free, ”he said.

Another method is the so-called kites, tiny paper balls tied to ropes or slats.

“We agree, that happens once a week, on Saturdays, and he can pass you‘ comets ’, coffee or things like that. Anything that fits under the door, ”Moreno said.

The lawyer of El Chapo Mariel Colón, one of the few people who has the right to visit him, has denied that his client communicates with the other inmates, according to La Opinión.

Guzmán Loera is serving a life sentence, after being convicted this year in a New York court of more than a dozen offenses, including running a criminal organization.

Among the prisoners confined in that Colorado prison are Ramzi Yousef, responsible for the 1993 attack on the New York World Trade Center; the Boston marathon terrorist, Dzhokhar Tsarnaev; Ted Kaczynski, nicknamed Unabomber; or the shoe terrorist, Richard Reid, tried to blow up a bomb hiding in his footwear on an airplane.

"It's inhuman," said a former prisoner who spent six years there, between 2008 and 2014, for his participation in prison riots. “In Guantanamo they were better than us,” added this person from anonymity.