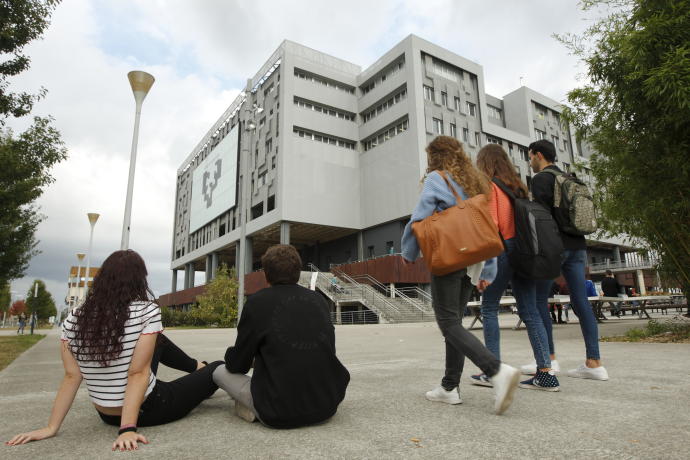 Ómicron, and the sixth wave that this variant has brought, has once again overwhelmed the health system. Primary care is experiencing very hard times and unions, medical associations, and professionals in the sector demand urgent measures so that “it does not sink”.

In the midst of a complicated situation for all health personnel, the medical students who are currently preparing the MIR, live day to day with uncertainty and see Family Medicine as an “underestimated and very mistreated” specialty.

“It is a very undervalued specialty and probably one of the most important. Its main objective is to promote health and disease prevention and if it were improved, quality and faster healthcare would be achieved,” explains Ainhoa ​​Rodríguez, who prepares the MIR in the midst of the health maelstrom. “I have lost a bit of the desire to take this specialty, which is not as prestigious as others.”

Along the same lines as Rodríguez, Nerea Maidagan, who also prepares the MIR, assures that “right now family medicine is very punished.” “It is a specialty in which throughout the course, honestly, we are taught very little because there is no subject as such called ‘Family Medicine’; we have a subject called ‘Preventive’ but even the internships you can’t see anything in sixth grade,” he criticizes.

Likewise, he assures that he considers that it is a specialty “badly seen” in society. “Citizens don’t value it. When you talk to people and they ask you what you are and you say a family doctor, it’s like ‘ah, but you haven’t done the MIR’. Older people tell you that, they think anyone is a Family Doctor “.

Regarding the feelings of medical students, he points out that family medicine is one of the main options when starting the career but that as the years go by, the illusion for it is lost. “You think: I hope I get a place for dermatology, for plastic surgery… but hey, if I have a family left, I wouldn’t mind doing it.” He explains that doctors in primary care “are very saturated” and denounces that “they do not hire who should be hired and although they say that they are increasing the number of places for the MIR, they have increased 100 places.”

Faced with this situation, the unions have called a demonstration for the 23rd, which the Bizkaia College of Physicians has joined, to denounce the situation of “collapse” of Primary Care.

Jose Antonio Rey, who also prepares the MIR, considers that it is, in a certain way, a little-known specialty in society. “You ask ten 30-year-olds and practically all of them will tell you that they don’t know their family doctor. The ones who go are the older ones.”

However, with a “critical” situation in Primary Care, there are also those who are interested in the specialty. This is the case of Cristina Ruiz, who says that “after having rotated through Family, it is one of the specialties that most caught my attention for good, because I think that society has a very wrong image of it. I like dealing with the patient and I think it could help change that image. In addition, I think they play a particularly important role since they are the first link with the rest of the specialties”.

There are also those who experienced the first health collapse due to the pandemic while doing the MIR and who, today, after having taken a place, opted to be a Family Doctor. Tania Otero is clear about it, choosing family medicine was a success and it is proving to be “a very good experience”. “The Family Physician is the one who treats everything, you know practically everything. The relationship in an outpatient clinic is closer, more than in a hospital,” he says.

However, he denounces that “if primary care was overwhelmed before” he does not understand how after two years “they do not put reinforcement”. “Without covid, primary care also needs reinforcements,” he stresses.