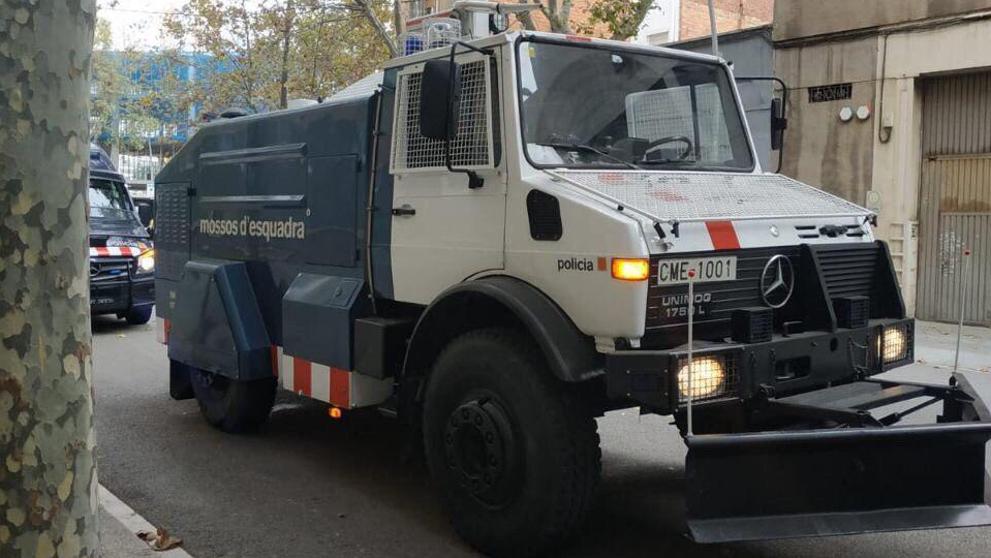 The Mossos d'Esquadra decided this morning to bring to the street for the first time the water tank for mass dispersion that the Interior Ministry bought in Israel in 1994 and has never been used. The decision was made by those responsible for the police device and had the approval of police director Pere Ferrer.

Although it has never been used for the purpose for which it was acquired, the Mossos Mobile Brigade uses it periodically in the enclosed space in which they practice. In fact, there is a group within the riot control specialized in its use. Despite the time it has, the police vehicle has all the papers in order and the last ITV.

The vehicle has a capacity for 3,500 liters that shoot at high pressure for the dispersion of large concentrated masses

The tank, also known as a whale, has a capacity for 3,500 liters that are fired at high pressure for the dispersion of large concentrated masses.

The decision to use it was agreed upon after finding that the pulse that riot police will maintain with the group of more violent radicals that are acting at the end of the majority concentrations called against the sentence to the political and civil leaders of the ' you try. '

The acquisition of the tank was made in Israel, a country to which a delegation from the department headed at that time by the Minister María Eugenia Cuenca traveled.

This afternoon the tank was moved from the Egara police complex in Sabadell to the door of the Superior Court of Justice of Catalonia.

Do you approve the mobilizations after the Procés ruling?

Do you approve police charges in protests to the 1-O ruling?