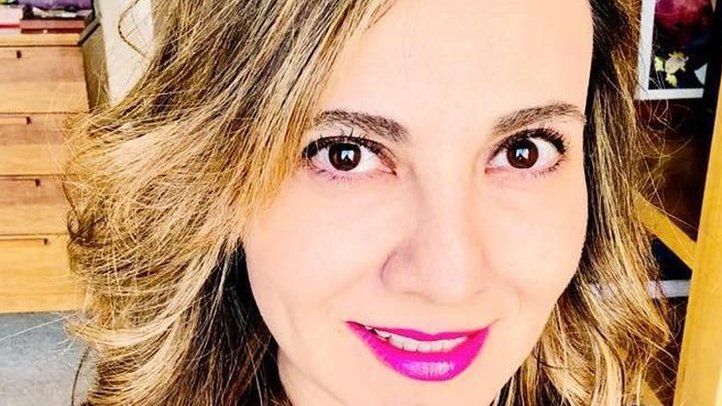 On the same day that in the streets of Mexico City thousands of women marched for the Day against Gender Violence in November of last year, April Pérez Sagaón was shot dead in the south of the Mexican capital.According to media reports local, two subjects traveling on a motorcycle approached the vehicle where the woman was moving along with her two children and fired several times. Perez Sagaón received at least two shots, and although she was taken alive to a nearby hospital, she died of the seriousness of the injuries.This Thursday, the police in Mexico City announced the arrest of two people as alleged perpetrators of the homicide. “We had a permanent vigilance on these people. It opens up many lines of investigation and we can stop the intellectual author,” the secretary of Citizen Security, Omar García Harfuch, told the millennium. Attempted homicide to family violence The case of Abril Pérez put The focus on judicial action in cases of gender-based violence is that Pérez Sagaón had denounced her husband, Juan Carlos García, for attempted homicide in January 2019, but a judge released him in September. Pérez Sagaón was assaulted by her husband, former director of the Mexican subsidiary of Amazon, at the beginning of last year while sleeping in her apartment in Mexico City. Her husband then hit her with a baseball bat and tried to kill her, and one of her children witnessed, collects the report. Pérez Sagaón denounced the attempted homicide and obtained a restraining order against her husband. “She endured a lot for her children and for the family union, but for a long time her husband exerted physical and verbal violence against my sister and her children, until this year she could not stand it anymore, “the brother of the Victim, Javier Pérez. The process continued and in September García entered prison as a precautionary measure. But the case took a turn when Judge Federico Mosco González reclassified the crime of feminicide as an attempt to “injuries and family violence.” the road to withdraw the preventive prison, and the man was released on November 8 by decision of judge Carlos Trujillo Rodríguez. March against violence against women in Mexico. More After what happened in January, Pérez Sagaón had moved to Monterrey, in the north of the country, from where he followed up on the judicial process and from where he processed the divorce.But when he was released, his ex-husband filed a re legal course to fight for the custody of her children, so she traveled regularly to the capital, where she attended a hearing on Monday. She was killed on the way to the airport. “It was a direct attack, but we have no evidence that he (his ex-husband) had anything to do with it. We will not claim the actions of the judges, we will leave everything in the hands of the Attorney General’s Office. We trust that there will be justice and that he or those responsible will be arrested, “Javier Pérez then told Animal Politico. A controversial judge The Attorney General of Mexico City announced then that he would continue with the investigations to find those responsible for the murder of Pérez Sagaón and that he had opened an investigation against the judges involved in the release of García.Morena, the party of President Andrés Manuel López Obrador, requested in the Chamber of Deputies the dismissal and disqualification of Judge Mosco González, who had already been involved in another controversial decision Last September, this judge decided to release a doctor accused of raping a patient in a public hospital. Mosco G Onzález ruled out the crime of rape, so the defendant only faced charges for the crime of sexual abuse, and was able to do so in freedom.Read moreThe judge has been suspended since November for acting in the case, as well as the other magistrate who headed the hearings, Luis Alejandro Díaz. Héctor Jiménez López, another of the judges who participated in the case, saw how the Congress of Mexico City rejected last month that he continued in his position as magistrate for life for his performance in this same process . * This note was originally published in November 2019 and updated on the occasion of the arrest of the alleged perpetrators of the murder of Abril Pérez. Now you can receive notifications from BBC Mundo. Download the new version of our app and activate them to not miss our best content. Https://www.youtube.com/watch? V = KD1_rWvZnzg & t = 47shttps: //www.youtube.com/watch? V = _f9miyzXsHkhttps: // www.youtube.com/watch?v=sQxT-oKkuko&t=11s