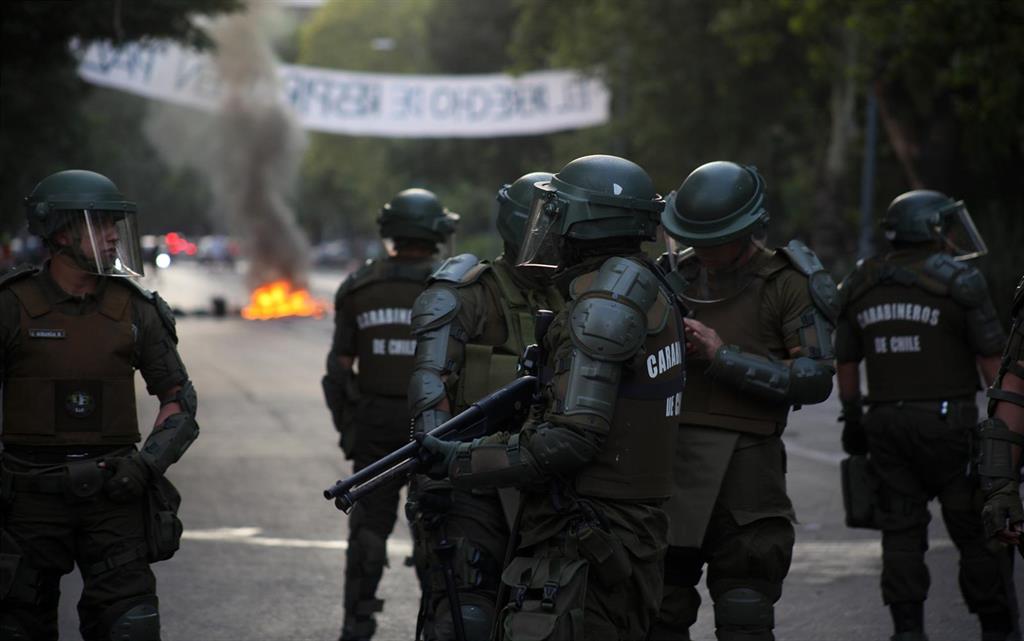 The National Institute of Human Rights (NHRI) of Chile has requested on Thursday the Government of the country a report on the composition of the pellets that Carabineros uses as a deterrent in the protests that have taken place since October.

Also, the agency has asked the Public Ministry to conduct an international investigation of this type of ammunition.

The head of the NHRI, Rodrigo Bustos, has indicated that the agency "has expressed concern about the composition of the pellets that are used in the context of the demonstrations," according to the local newspaper 'La Tercera'.

"What we have asked for is that the Prosecutor's Office can have an international investigation where it is clear what the composition of this type of ammunition is," he said.

In this context, the Government of Chile has insisted on a report delivered last January 3 to the UN, released on Thursday, that the pellets used by police are rubber.

The report in question contradicts another study conducted by the University of Chile, which concluded that the pellets only have 20 percent rubber and the rest of the composition is completed with materials such as lead.

"We have established a working table to ensure that the protocols meet the highest standards and that we have all the methods that are necessary to ensure public order while protecting the fundamental rights of people," said Chilean Interior Minister Gonzalo. Blumel, as Radio Cooperativa has collected.

For its part, the Public Ministry has assured that the matter is still being investigated, so it is necessary to "be prudent" before referring to the composition of the pellets.

"These are skills that are still in development. We must be essentially prudent and we have to act on the basis of the scientific evidence that is being given to us, in which the laboratories of the Police and other types of agencies that are delivered to them work. expertise, "said the Metropolitan Public Prosecutor, Manuel Guerra.

However, Guerra has considered that "beyond the component" of the pellets, the important thing is that "in many of these cases they have resulted in considerable injuries that have damaged people's health, particularly the eye damage of which all we have witnessed. "

The NHRI estimated in December in 3,557 the total number of people injured in the mobilizations. Of these, 359 people have been injured in the eyes. Specifically, 336 have suffered injury or trauma and 23 the outbreak or loss of the organ, according to body data.

In this sense, the head of the NHRI has expressed that for the agency "it is still essential that the way in which they are being used (the pellets) is corrected because even after it was said that they would not be used in demonstrations (. ..) there have continued to be cases of eye injuries due to the use of riot guns. "

Protests in Chile erupted on October 17 against the fourth rise in the price of the subway in a few months, but grew rapidly to denounce social inequality and raise the need to develop a new Constitution.

Piñera, who came to declare the state of emergency deploying the Armed Forces, apologized for not hearing the clamor of the Chileans and proposed a "social agenda." To make it happen, he remodeled the Government and initiated a dialogue with the political parties, both opposition and official.

More than 20 people have died from clashes between protesters and security forces and more than a thousand have been arrested. The National Institute of Human Rights (NHRI) has denounced torture and other abuses against people detained in the context of the protests.