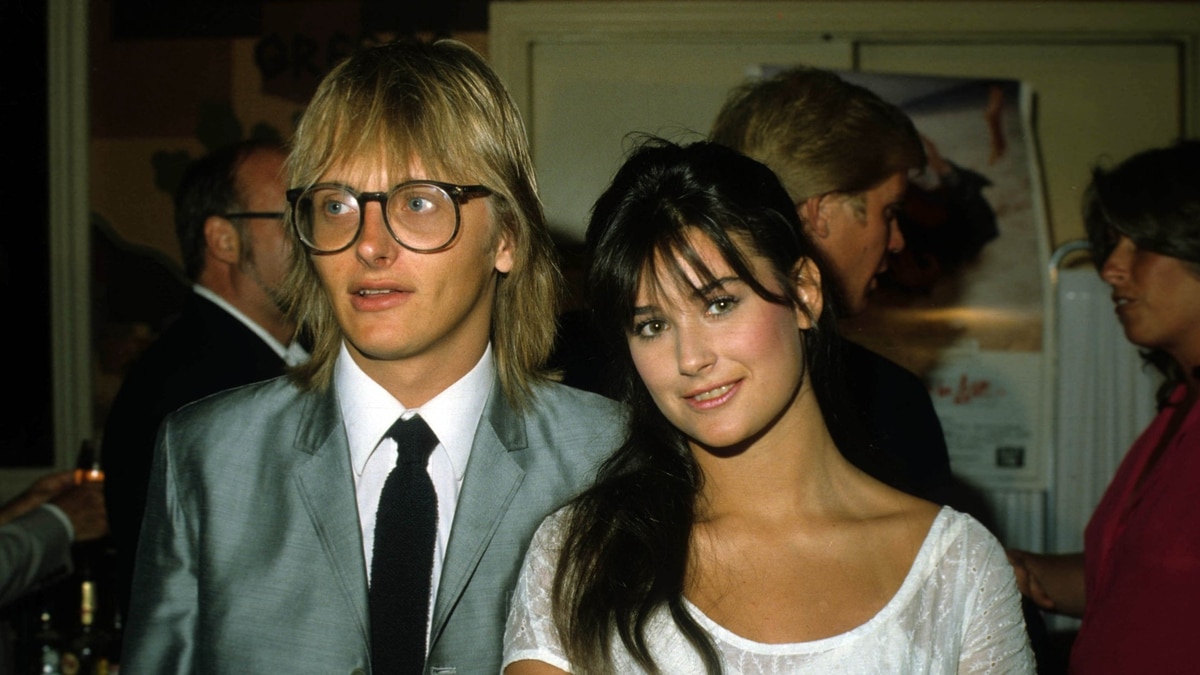 Hours before getting married for the first time, actress Demi Moore climbed the fire escape to the apartment of her colleague Paul Carafotes and went through the window to have sex. It was the actor of the series "Mindhunter" who revealed the episode in an interview, after the actress told the story in her newly published autobiography.

Carafotes had a month-long adventure with the actress behind the back of rock singer Freddy Moore, told British media DailyMailTV. They met on set while filming Silvio Narizzano's “Choices” movie, where Demi debuted on the big screen.

The two began their career in cinema, for him it was the second film and their first protagonist. She acted as his girlfriend, seemed funny, charming and was at a party stage. “Demi was different from all the other girls… you could see. She had it, you know. She had a little magic and it turned out to be a lot of magic at the end, ”he said.

From the rehearsals it was evident that they had affinity and appreciated. They laughed and enjoyed time together on set. Soon the chemistry went to another level, the reading sessions of his dialogues in his department became "indiscretions", as Carafotes calls it. That relationship lasted a short time.

Demi Gene, the actress's maiden name, married for the first time at age 18, in February 1980. She escaped her bachelorette party to visit her lover, with whom she arrived holding a bottle of Dom Perignon champagne. From his first marriage, which lasted five years, he only had the last name and a song they wrote together, "It’s Not a Rumor."

"I think she just wanted to have one last hurray before getting married," Carafotes said. Almost 40 years after his adventure, the actor admitted feeling a little guilty for messing with a committed woman, but as a way to heal his guilt he remembered that she was “incredible” in sex and that was why it was difficult for him to resist.

Carafotes, currently 60, described the actress as "a pretty girl of 18 years." They were young when they met, so he was 21, they didn't think about what was right or not. “Nobody has a book that says that this is how you behave. But I certainly didn't think she would climb that fire escape ladder, "he said.

The actor was not the first to talk about the adventure. Demi Moore herself made a mention in her “Inside Out” autogiobraphy published in September 2019. When addressing her marriage to Freddy More, she mentioned that “the night before we got married, instead of working on my vows, I was calling a boy who I had met on the set of a movie. I slipped away from my own bachelorette party and went to his apartment. ”

But the actress questions the reason for her act, what prompted her to be unfaithful to her fiance? “Because I couldn't face the fact that I was going to get married to distract myself from regretting my father's death. Because I felt there was no room to question what was already in motion. I couldn't leave marriage, but I could sabotage it, "he reflects.

Carafotes said he was about to reject Demi Moore that night. “I had worked 18 hours, I was tired and Demi didn't work that day. I was sleeping and the phone rang. It was her and she wanted to come see me. ”

According to his version, he told her in that call that it was not a good time. But she insisted, "If you want to come, I will open the kitchen window," he proposed. I did not expect the young woman to climb four floors up the fire stairs and enter through the window.

Then, the actress was standing on her bed saying "let's do this, let's have a party". In the apartment there was a friend from Boston who was hosting him, so they went to another who rented the production.

They drank champagne. “We had a small celebration. That's basically what happened, ”he simply said. The next morning he woke her up, "hey you have a wedding to go to," and she left. That was the last time they met for years.