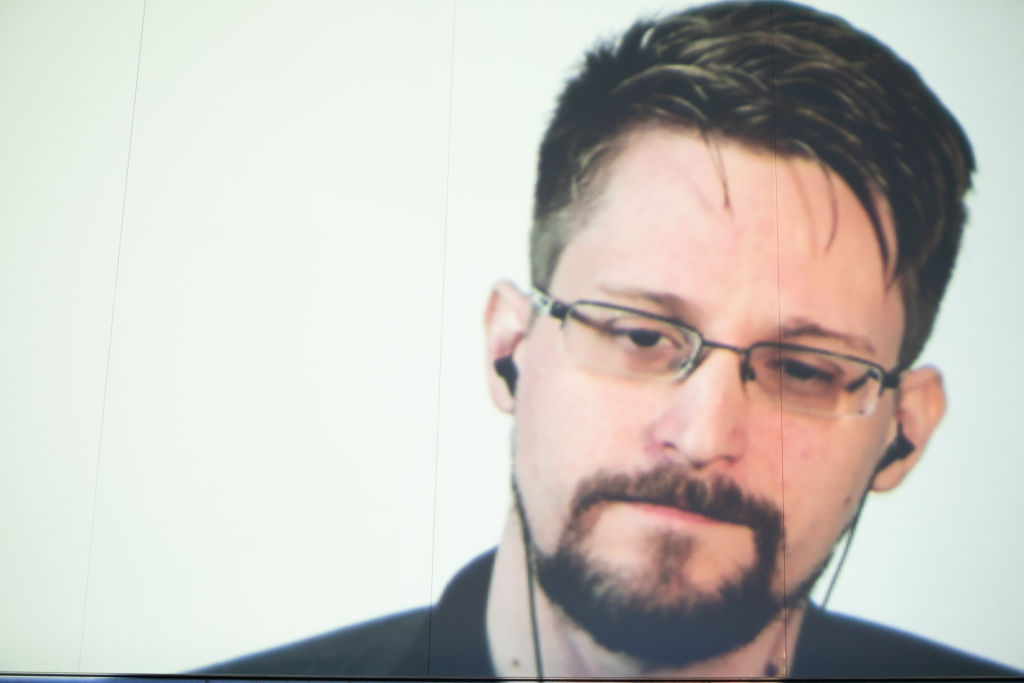 (CNN in Spanish) – Edward Snowden is a fan of fast food, and in Moscow, where he has lived since June 23, 2013, he can find almost everything except Taco Bell, a restaurant he remembers with nostalgia. This revelation was made to the journalist Ewen MacAskill in the English newspaper The Guardian following the publication of his book, "No place to hide" ("Permanent Record"), published on September 17 of this year, which consists of a Luck of memories about his 36 hectic years of life.

LOOK: Edward Snowden searched the CIA networks for evidence that aliens exist. This is what he found.

The turmoil in Snowden's life began when he was only a teenager who loved computers and games such as Legend of Zelda and Super Mario Bros. In his book he says he accessed a nuclear installation and informed the authorities of its vulnerabilities. He also says that during his time working as an NSA contractor he sought classified information about aliens, chemical trails and climate change, and found that conspiracy theories on these issues are false: “aliens have never put themselves in contact with the Earth, or at least they have not contacted US intelligence, ”Snowden writes in his memoirs.

In an interview this week in the podcast of comedian Joe Rogan, Snowden told him “I know, Joe, I know you want there to be aliens (…) I know that Neil deGrasse Tyson really wants to have aliens. And there probably are, right? ”

But the interference that would make him recognized worldwide has nothing to do with aliens. He started at 29, when he was assigned to a team of Booz Allen Hamilton in Hawaii. Snowden is accused of spying and stealing government property in the United States for leaking volumes of information about US intelligence and media surveillance operations. In July 2015, the White House rejected a request to forgive Snowden and, since then, maintains its position that Snowden should return to the United States.

In the facilities of Hawaii, Snowden realized an American program of the highest secrecy that consisted of collecting vast sequences of telephone and Internet data. In the movie Oliver Stone made about his life in 2016, he is seen hiding SD cards in a Rubick cube, but in the interview with The Guardian Snowden he did not confirm that that would have been the case. He just said: "A Rubik's cube can be very useful and works as a distraction device and also works as a concealment device."

However, he told The Guardian how he kept data on an old computer that one day, when trying to pass through a security door, he called the attention of a guard. "What are you doing with this machine," Snowden recalls that the guard told him. "Stealing secrets," was the answer he gave, and they both laughed. There he worked until June 10, 2013, but before that, on May 16, he had already made contacts with the journalist Barton Gellman of the Washington Post. Snowden would reveal to him and the Guardian journalists the existence of the government's data collection program.

Snowden flew to Hong Kong on May 20, 2013. Then, on June 23, 2013 he arrived in Moscow, where the same president of the country, Vladimir Putin, confirmed that he was in the transit area of ​​the Moscow Sheremetyevo International Airport. That same day his American passport was revoked. Almost a month later, on July 24, Russian media reported that Russia had approved documents for Snowden that would allow him to "enter the rest of the country while considering his application for temporary asylum."

Since then, there is no record that Snowden has left Russia, much less returned to the United States, a country that has done everything to take him back and judge him. In fact, the day his book was released, he was sued by the Department of Justice, who claimed in the lawsuit that he would not receive the royalty money because, according to the Government, they belong to the United States.

“'By signing the CIA Secret Agreements, Snowden expressly acknowledged that he understood and accepted that the United States Government was placing special confidence in him by granting him access to classified information (…) His editor' has no legitimate claim on the Snowden's earnings, which belong to the United States, '' says the lawsuit filed on September 17 in the Eastern District of Virginia.

What does Edward Snowden live on today? “Are they taking money from the Russians? No, of course not, the answer is no, ”Snowden chuckled to Joe Rogan in his podcast, and explained that he lived from talking, giving online talks to people all over the world from Moscow and, in fact , that forced him to have to sleep many nights, on account of the time difference.

READ: Is Edward Snowden's case of privacy or espionage?

As he told The Guardian, after living in Moscow for six years, he already has a permanent residence – his asylum is extended until 2020 – similar to an American green card, and he is no longer afraid of going outside. In an interview that was the cover of Wired magazine in June 2014, he is described arriving at the encounter with the magazine hidden under dark glasses and a baseball cap. Today, instead, “he has dispensed with the scarves, hats and coats he once wore as costumes and now moves freely around the city, riding on the subway, visiting art galleries or ballet, meeting friends in cafes and restaurants ”, Wrote MacAskill in The Guardian.

In fact, the loneliness he once felt disappeared. Snowden revealed to The Guardian that two years ago he married in a Russian courthouse with Lindsay Mills, a woman he met on a dating website called HotOrNot, where people rated photographs of people: he rated her with a 10 envelope 10, and she to him with an eight. As he told The Guardian, they live in a two-bedroom apartment on the outskirts of Moscow. He defines himself as “an indoor cat by choice,” and although he told The Guardian that he liked to travel and that exile has avoided that, he has been able to visit St. Petersburg and the town of Sochi, on the Black Sea.

“One of the things that is lost in all the problematic policies of the Russian government is the fact that this is one of the most beautiful countries in the world. The people is friendly. People are warm, ”he told The Guardian. However, although he seems comfortable in Russia, Snowden told Gayle King and Tony Dokoupil on "CBS This Morning" that returning to the United States is his ultimate goal: "But if I'm going to spend the rest of my life in prison, the The only requirement that we all must accept is that at least I have a fair trial. And that is the only thing the government has refused to guarantee because they will not provide access to what is called a public interest defense, ”said Snowden.