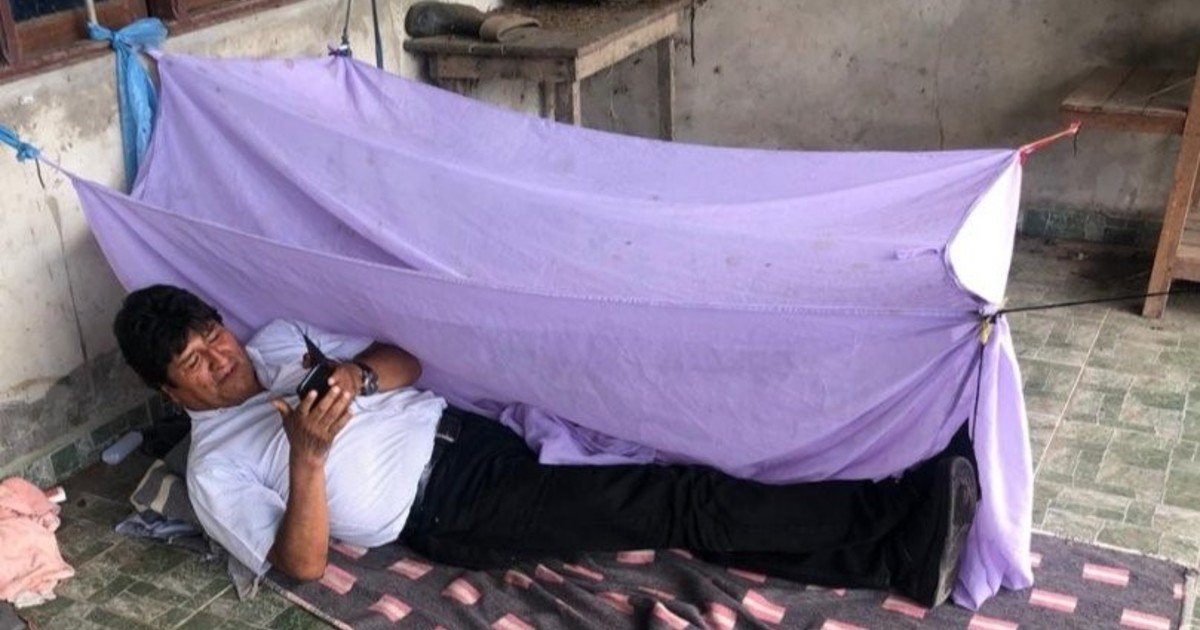 Blade Runner, directed by Ridley Scott and released in 1982, is a futuristic movie set in an imaginary Los Angeles city of … November 2019.

Ladies and gentlemen, we have arrived.

Almost nothing that the British filmmaker imagined – robots identical to humans and flying cars that cross between tall buildings such as Aconcaguas – happens today, except for some philosophical winks – genetic experiments, destruction of the environment, social disintegration – and other craft: in some There are ceiling fans and the first time Harrison Ford, the protagonist, is reading a paper newspaper. There are still humans who maintain that custom.

But this November imagined 40 years ago is more precarious on this side of the world.

The updated film is the protagonist of Bolivia with a power vacuum after the fall of Evo Morales, resigned after a tightening of the Army after a wave of protests over strong suspicions of manipulation of the election results that put him winning in the first round after a informative "blackout" in full scrutiny. And the Argentine Congress not arguing about bioethics or artificial intelligence but about whether to call the fall of Evo "coup d'etat" or "institutional coup". He won "coup d'etat".

In this film, the now former Bolivian president left a photo before leaving for Mexico. The photo of how he spent his last night in Bolivia.

There he is lying on the floor, on a thin blanket, dressed, with his shoes on, without a pillow and with his head up, looking at the cell phone. It is covered by a hanging sheet whose function is not well understood – a tent to protect it from mosquitoes? -, lying between ropes.

If the photo is real, it seems that the protectors who gave him shelter in Cochabamba before leaving the country loved him very much: What way to take care of him is to make him sleep on the floor? No one gave him a bed, a mattress, a sleeping bag?

If the photo is false and, let's say, Evo lay down on the floor for a moment just to pose there and immediately went to sleep in a bed, as appropriate, he would lie to victimize.

The severity of the Bolivian crisis does not seem light for the mischief of a false photo of political marketing on the networks that undermines the credibility of the now ex-president in exile. Why lie after a crisis unleashed by the suspicions of another lie, that of the election result?

Although of a different nature, the Argentine government made another unforced error. He waved a presidential decree for 24 hours to pass the care of protected witnesses from the sphere of executive to judicial power. That is, the witnesses who testified against former officials of the previous government are not now under the orbit of those committed by their testimonies or their political allies. Witness in Danger was, coincidentally, another one of Harrison Ford's films.

The judges shouted in the sky: they let them know that they have no infrastructure or budget to deal with a program that today reaches about 400 people. And the government backed down: "We need more time," they said before Macri took the pen for the firm. Weather? He has 26 days left until power is handed over.

Less than a sigh, if we consider that in four years they could not change the current Criminal Code, promulgated in 1921, which still contemplates penalties for those who challenge themselves or throw stones at the trams.

An Argentine production much older and even more in force this November than that futuristic film by Scott.