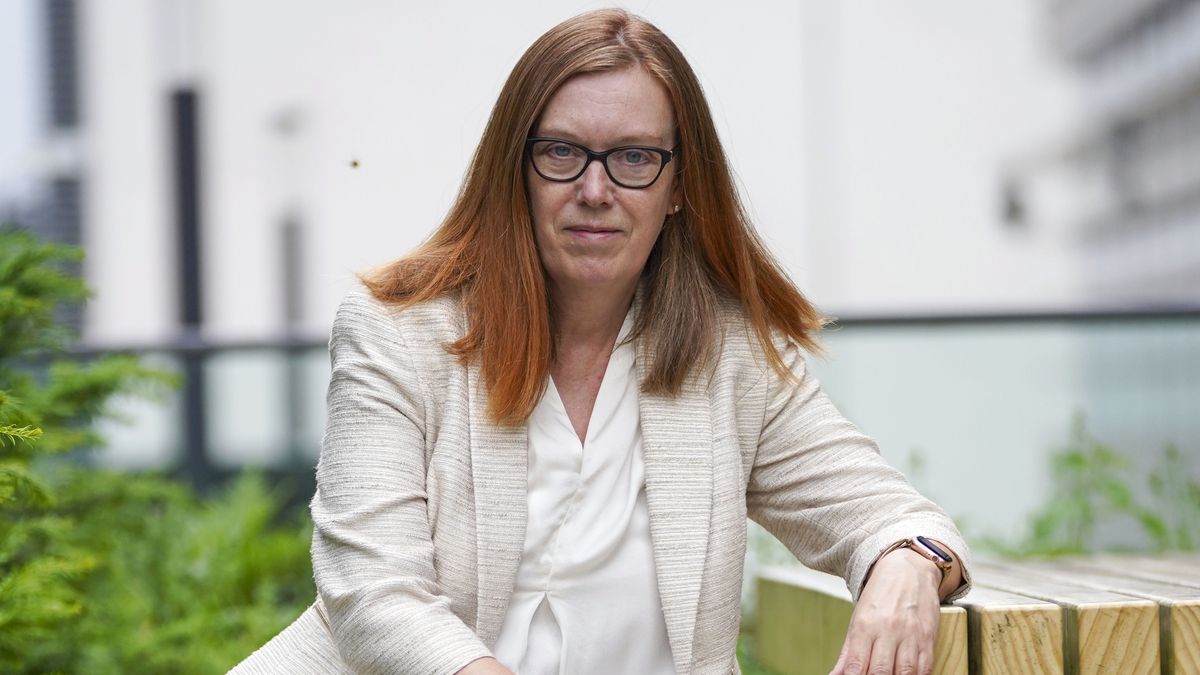 At the end of June, the crowd attending the first tennis match at Wimbledon stood up and applauded Sarah Gilbert (Kettering, UK, 59 years old) for a long time. She was not expecting it, and the tough-minded scientist let her emotions escape. Live a harvest moment, after a long year of intense work. The person responsible for developing the vaccine at the University of Oxford, later produced in collaboration with the pharmaceutical company AstraZeneca, was awarded this year, along with other colleagues who created other vaccines, with the Princess of Asturias Award for Scientific Research. This week he attended the LENA alliance, the group of relevant European newspapers, including EL PAÍS. Obsessed with data and scientific evidence, she does not shy away from controversy and attacks those who, according to her, wielded poorly founded information in the public debate “that cost lives.” Gilbert suggests, given the fears unleashed by the new delta variant of the virus, that it is now more convenient to pay attention to the number of new hospitalizations than to the number of infections.

Question. What can we expect in the immediate future? What should be the degree of concern with the delta variant?

Answer. The delta variant is not causing more serious disease than the parent virus. But it is true that it is highly transmissible. In terms of evolution, the mutation does not usually lead to increased virulence. The virus itself is not interested. It does not get any advantage if the infected suffer more serious pathologies. The more seriously ill there are, the more they will isolate themselves from other people and stop transmitting it. It is in your interest to increase its transmissibility and cause softer effects. Logic leads us to expect new viruses that are highly contagious, but each time they cause a less serious disease.

P. In several European countries the number of cases is rising, there is talk of a new wave.

A. But I am confident that vaccination rates will continue to rise. It is clear that the delta variant will be dominant and infections will increase. Each country will have to decide how to respond. The number of infections, in a sense, will be less important than the number of hospitalizations. We know that, once vaccinated, people can be infected, but their disease is milder, and the normal thing is that they transmit the virus less. Currently, the number of cases that lead to hospital admission is not what it was a year ago. The situation has changed.

Q. Should minors be vaccinated?

R. What we are achieving with vaccination is what we wanted: to protect public health systems and avoid hospitalizations and deaths. Something that, except in rare cases, does not happen with children. At the present time, the number of vaccines to reach all countries is still very limited. And priority should be given to the immunization of health personnel and the elderly in those places where the vaccine has not yet reached. We must not forget that initial purpose according to which “no one will be safe until we are all safe.”

Q. Oxford University wanted to avoid “vaccine nationalism”, and required AstraZeneca to have a homogeneous regional distribution. But it seems that the “war” ended up being inevitable.

A. Our vaccine is used in 172 countries, with very good results. It’s not perfect, okay, but it accounts for 80% of the doses distributed by Covax [El Fondo de Acceso Global para Vacunas de la covid-19 que impulsa la OMS para los países de menos recursos]. Not bad at all, right?

Q. Yes, but the United States does not recognize it, and the EU plans to do without it in the future.

R. If a country has enough doses and they are effective, and does not need ours, I am not worried. But there are many other countries that need it, and that do not have the storage and conservation logistics that other vaccines require. It’s not about getting to the airport. They have to reach the people. AstraZeneca has done a fantastic job of launching new production facilities around the world. We cannot depend exclusively on a few plants if we want to immunize everyone.

Q. The rare cases of thrombi found in some patients led several countries to dispense with the AstraZeneca vaccine in the second dose. Did it make sense?

R. These types of decisions must always be supported by data and scientific evidence. Studies are still ongoing on the efficacy of possible combinations. It is not so much about understanding if it can be done as if it is necessary. I am concerned about the tendency of some countries or companies to recommend new vaccination guidelines without the support of the data. For example, Public Health England [el organismo gestor de la sanidad pública inglesa] has already published information that thrombi are not a problem with the second dose of AstraZeneca. In that case, substituting a different vaccine for that second injection does not make any sense.

P. From the solitude of your laboratory, did the criticism and attacks on the Oxford-AstraZeneca vaccine hurt? You were particularly combative in your statements.

A. My colleagues and I constantly try to communicate the science behind the vaccine. Each new study result was published, with special care not to hypothesize or over-interpret the data. It was frustrating that our claims were given the same weight and relevance as statements by politicians or journalists without any scientific basis. They should not be the same weight.

Q. And he went so far as to affirm that the information in the German media that estimated the efficacy of the vaccine in the elderly at a meager 8% “cost lives.” Are these media responsible for the death of people?

A. Yes. It is very important to communicate the data correctly. Not only because of the information that is provided to the rulers of a country, but also to the citizens. People read something that is not correct, and make their decisions on that basis.

Q. Your just published book, Vaxxers, is primarily an effort to fight the vaccine deniers.

A. The argument we hear the most is that vaccines are not something natural. What do you mean natural? If you have a viral infection, a virus invades the cells of your body, using them to replicate and spread. When vaccinating, we put a piece of RNA from the virus into a small number of cells to make a protein that promotes the immune response and prevents the virus from spreading through the body. I would be much more concerned about an uncontrolled viral infection throughout the body than a controlled vaccine and limited in its effects. We need people to better understand how vaccines work, to end the idea that they are not natural.