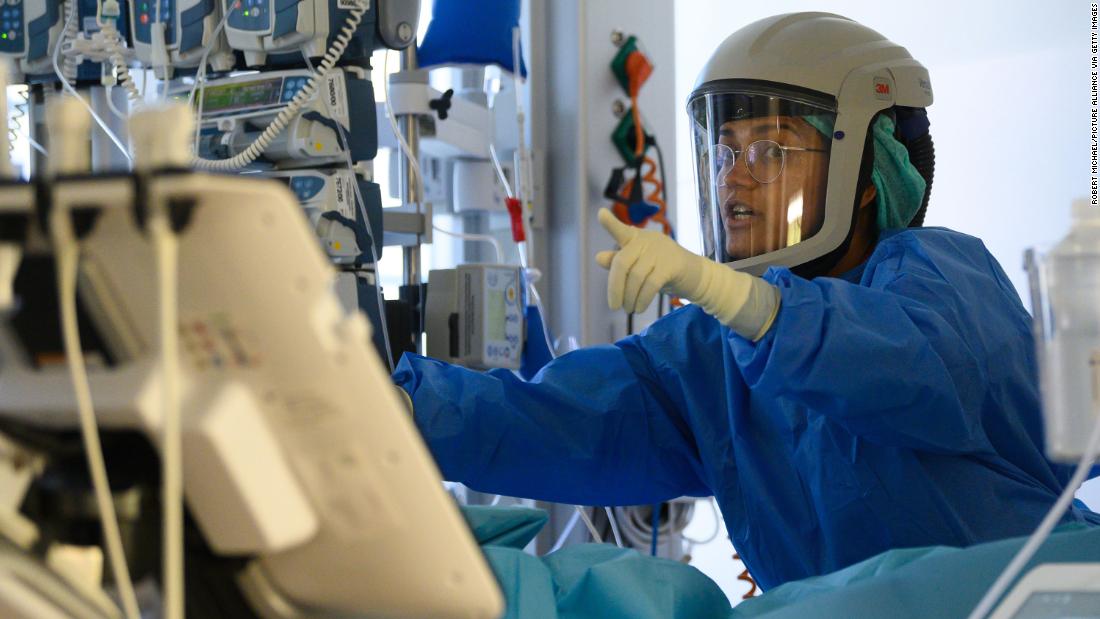 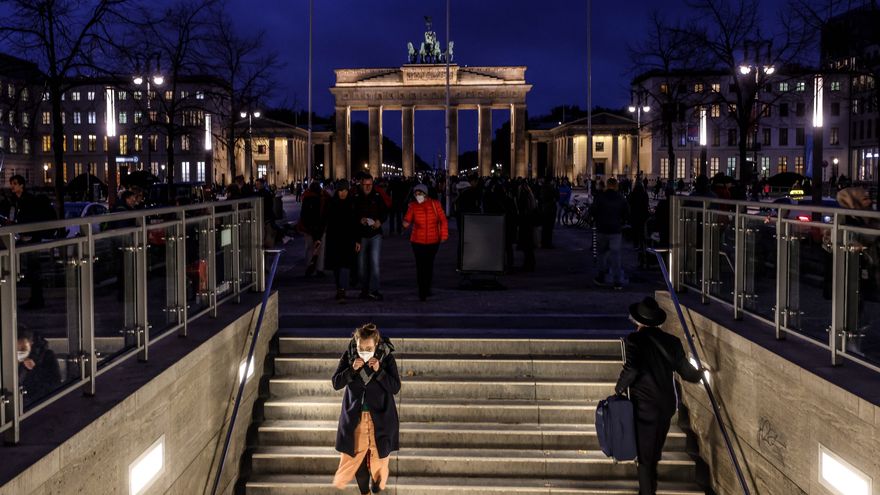 The new wave of coronavirus is pushing Germany to new case highs since the start of the pandemic. The country is seeking a way to increase pressure on those who still refuse to be vaccinated against COVID-19, with several federal states contemplating or imposing measures so that only immunized people can access certain public places – a measure it has adopted this week neighboring Austria.

“The pandemic is far from over”, said the German Minister of Health Acting Jens Spahn. “We are currently experiencing a pandemic of the unvaccinated, which is massive. There would be fewer patients with coronavirus in intensive care units if more people allowed themselves to be vaccinated.”

Infections maintain a strong upward trend, touching record levels. The incidence of cases in seven days per 100,000 inhabitants has skyrocketed to over 213, according to data recorded by the Robert Koch Institute (RKI), the main health authority. The country had not registered Similar peaks in incidence since last Christmas.

But the current incidents are only partially comparable with those of previous waves. Vaccination is mitigating the impact of this rebound and more infections no longer represent a proportional increase in seriously ill patients. Deaths have doubled in less than a month, but for now they are growing in a much less pronounced way than in previous waves, as can be seen in the following graph:

The rate of hospital admissions in seven days is also significantly lower than that registered in last winter’s surge: 4.31 per 100,000 citizens. At the end of December last year, with infection rates similar to the current ones, the country experienced its highest number of hospitalizations, more than 15 per 100,000 people.

This Tuesday there were a total of 2,616 COVID-19 patients in the ICU, which corresponds to an occupation of 11.8% of beds available in intensive care units for the adult population. The number is increasing and several voices are warning that the advance of this wave may overwhelm hospital capacities.

“The current increase has several causes: the comparatively lower vaccination rate [respecto a otros países europeos], together with the substantial relaxation of restrictions, and the low level of control of the regulations in the meeting places, “Hajo Zeeb, from the Leibniz Institute for Preventive Research and Epidemiology in Bremen, tells elDiario.es.

“There is a general atmosphere of having done enough, and little sense of urgency,” says the expert, who believes that the situation “is clearly worrying, since we already have capacity limitations in some hospitals.”

Markus Scholz, an epidemiologist at the Leipzig University School of Medicine, agrees. “Hospital capacity is already at the limit in some regions and we are still at the beginning of the winter season.”

Data collected by health authorities show the effect of immunization: In the fully vaccinated population, the incidences of symptomatic cases and hospitalizations are significantly lower than those of the unvaccinated.

“Unfortunately, the fourth wave is developing as we feared because the number of vaccinated is insufficient,” said the president of the Robert Koch Institute, Lothar Wieler a few days ago.

As of this Monday, 69.7% of the population of Germany had been vaccinated with a dose. 67.2% have the complete pattern, a lower figure than other Western European neighbors such as Italy, Spain, Portugal or Belgium, which exceed 70%.

The country is struggling to find a way to boost its vaccination campaign, which has slowed down.

Surveys indicate that it is unlikely that those who have rejected the vaccine change their opinion. “Now we are faced with a situation where more people who were perhaps skeptical or doubtful are opposed and have no intention of getting vaccinated under the current circumstances,” says Zeeb.

The reason, he explains, “is anger with the state and pressure, and a lot of fears and generally unfounded assumptions about the safety and need for vaccination. What we have not done optimally so far is to offer vaccination of broadly, for example in shopping malls, pharmacies … Now he is very focused on the GP and this does not contribute to the speed and the few necessary barriers “.

Scholz from Leipzig elaborates on this idea, explaining that vaccination centers were closed after the end of the great wave of vaccination. “There is a big bureaucratic burden for GPs, which reduces the number of doctors participating in the vaccination campaign,” he says. “There is a lot of anti-vaccine and denier activity with several prominent supporters. Politics have done next to nothing, probably because of the campaign” for the elections last September.

Unlike other countries, Germany has not made vaccination mandatory in some professional sectors. “A mandatory vaccination for the medical and nursing professions is being debated. All this is already late, because the wave is on,” says Zeeb, in favor of a stronger immunization campaign, intensifying the booster doses.

The question of who should get the booster shot and who doesn’t have yet been the subject of disparate statements in recent days. Last Friday, Spahn said after a meeting with the heads of the federal states that booster vaccines must be available to anyone who requests them. “The booster shot after six months should be the rule rather than the exception.” The Permanent Vaccination Commission (Stiko) it has so far recommended them for people over 70 and some other groups, such as people with an immunodeficiency.

Immunization rates vary between regions. “We have several with higher vaccination coverage where the forecast is that things can remain manageable,” says Zeeb.

The highest incidences of cases are being recorded in Saxony, eastern Germany, which is the land with lower vaccination rate (it does not reach 60%). The federal state has introduced from this monday the regulation known as ‘2G’, which does not include the option of presenting a negative test to access certain spaces, such as restaurants or indoor events, including nightclubs.

The restriction implies that only vaccinated people (geimpft), or those who have recovered from the virus (genesen) have access to these places. Some virologists believe that these types of measures can create a “false sense of security“Zeeb considers it likely that these standards will have to be applied more broadly.

In Bavaria, which has the highest incidence after Saxony and Thuringia, the rules have also been slightly tightened, and unvaccinated people will have to have a negative PCR test to access restaurants (previously it was worth an antigen test). It is an example of the known rules as ‘3G’ (appellation that includes those who have a test), whose fulfillment decided to reinforce those responsible for Health last week, as well as applying stricter security measures for nursing homes.

Among the measures he considers necessary, Scholz, from Leipzig, points to the possibility of “free tests for everyone, including vaccinated people” and believes that more contact restrictions may be required to stop the coronavirus wave. .

The country is going through its upward trend in infections with a government in office, waiting to know the concrete plan of the foreseeable future Chancellor, the Social Democrat Olaf Scholz, current Minister of Finance.

The Social Democratic Party (SPD), the Greens and the Liberals, who are negotiating a coalition agreement, have drawn up a bill that, among other measures, would make possible the return to free tests, which were eliminated a few weeks ago in order to that people were vaccinated to enter some spaces, informs the Deutsche Welle chain. Another of the measures contemplated is that to attend work, a negative test must be presented daily. However, the bill has already met with criticism from those who believe that the measures are half-way.

Infections are not only growing in Germany. They also rise throughout the European continent, the rebound already equaling the levels of last winter, according to elDiario.es’s analysis of the data from Our World in Data, based largely on the tests carried out. Last week, the World Health Organization (WHO) warned that Europe is at another “critical point of regrowth” and that it is once again the epicenter of the pandemic. This Tuesday, his representative for Europe has anticipated a “hard winter” given the sharp increase in infections.

The cases have skyrocketed due to, as explained by the European branch of the WHO, insufficient vaccination coverage and the relaxation of public health and social measures. In general, despite the high number of infections, new deaths last week were approximately half of the maximum levels, reflecting the effect of vaccines to save lives, preventing serious illness and death.

But where vaccination coverage is low – in many Baltic countries, Central and Eastern Europe and the Balkans – hospital admission rates are high. An example of these disparities: Germany is currently registering 336 daily cases per million inhabitants on average in the last week, while Romania is registering a somewhat higher number, 417. However, mortality is being more than ten times higher in Romania (21.7 deaths per million), the second least vaccinated country in the European Union. 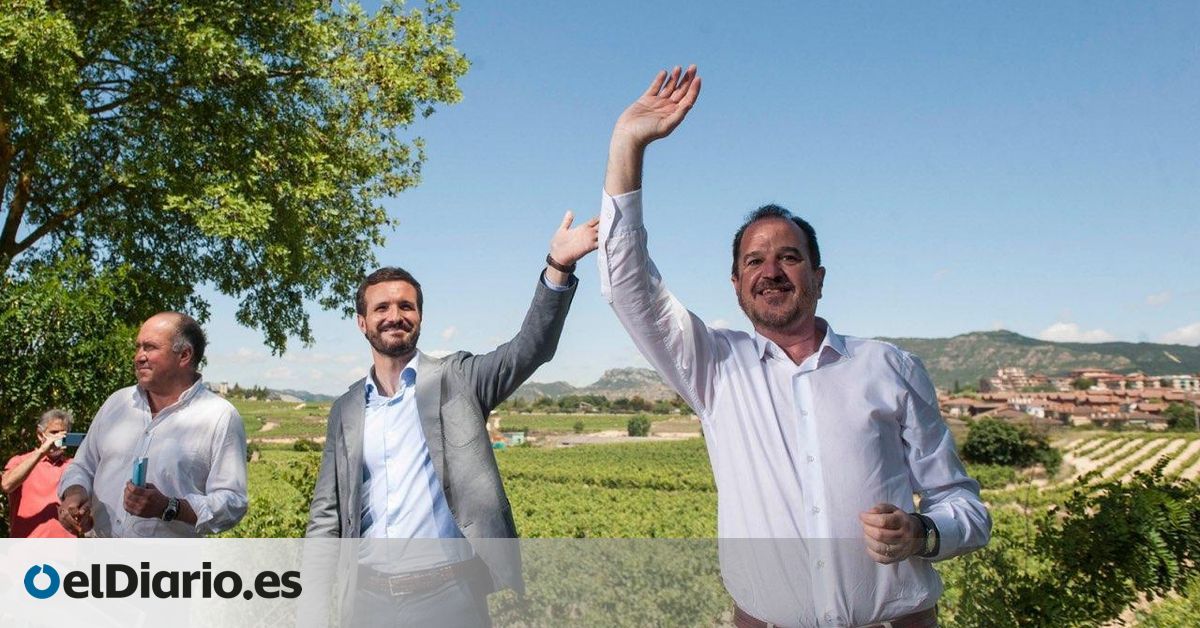 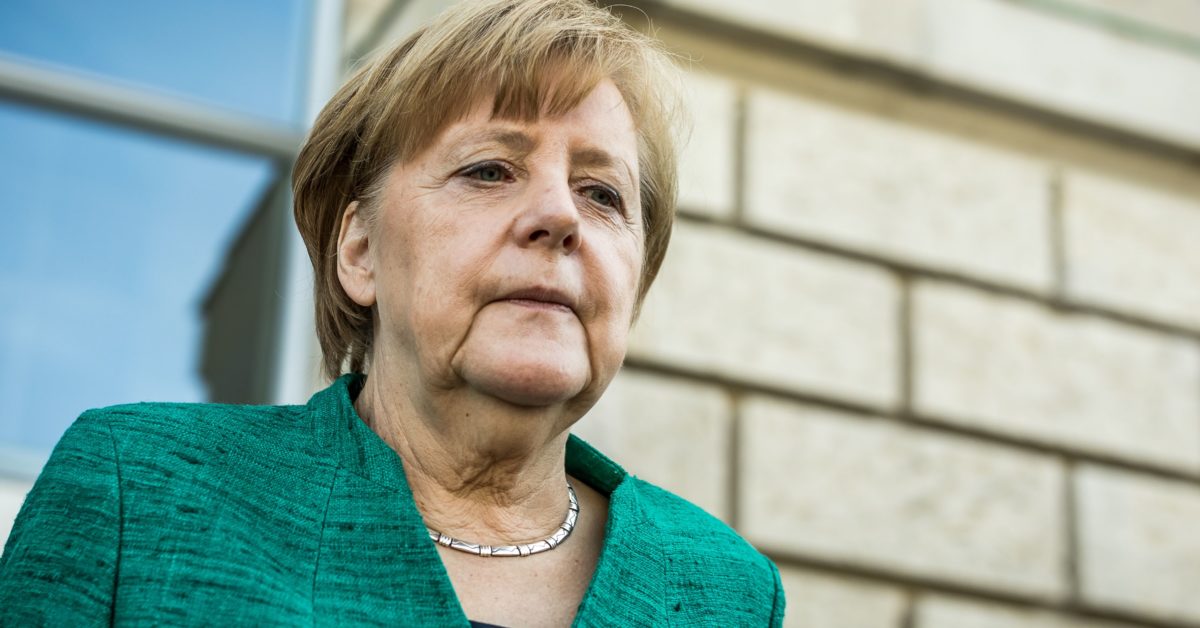 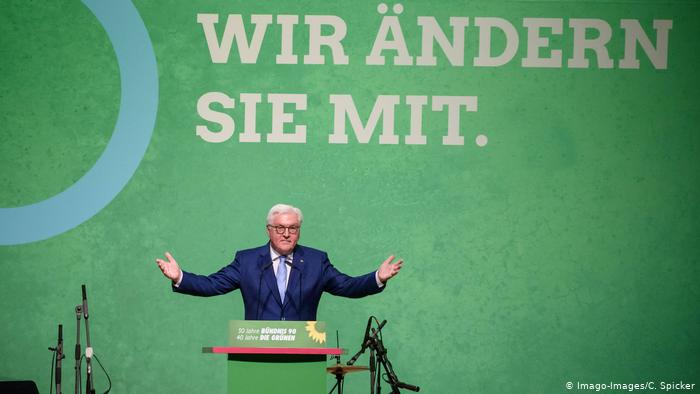