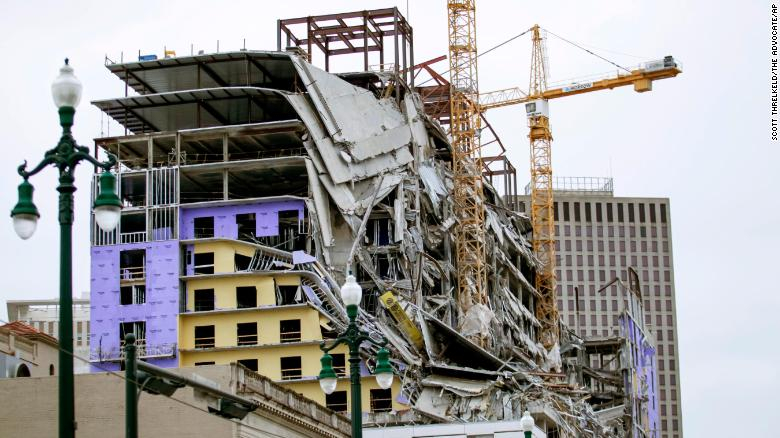 A part of the Hard Rock Hotel that has been under construction in New Orleans suddenly collapsed this Saturday.

(WAB NEWS) – A partial collapse of a building under construction in New Orleans killed one person, injured more than a dozen and left at least three missing, authorities said.

Around 10:15 a.m. ET, the top three floors of the building collapsed, according to Tim McConnell, superintendent of the New Orleans Fire Department.

The building is a construction site of the Hard Rock Hotel, according to WDSU, a CNN affiliate.

"The building is unstable, so a collapse, an additional collapse of the building, is still possible," McConnell said.

Authorities say 18 people were injured. Several people were taken to the University Medical Center are in critical condition, said Royce Duplessis, a Louisiana state representative who is on the scene.

The upper floors of the building collapsed on Saturday.

McConnell added that three people who were believed to be in the area of ​​the building when it collapsed have not been located.

Several blocks from the city surrounding the area of ​​Canal and Rampart streets have been closed because a crane attached to the building is unstable and could also collapse, Duplessis said.

"There was an obvious structural failure," Duplessis said. "Structural engineers are currently evaluating what led to the cause of the collapse."