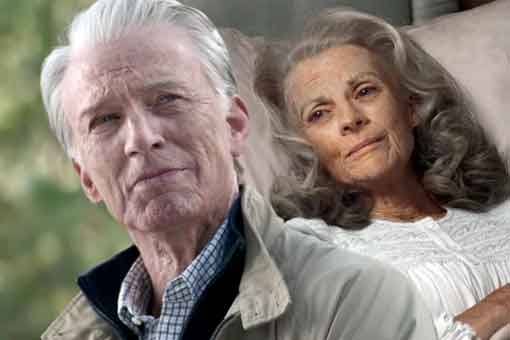 The last time Peggy Carter saw young Steve Rogers / Captain America had to lie to him, but he had a good reason.

SPOILERS attention. The Marvel Cinematic Universe almost everything is very well explained, but from time to time there are things that need clarification. The love story between Captain America and Peggy Carter began in The First Avenger (2011) the first movie of the character. But after the fight against Red Skull, Steve Rogers crashed the ship against the ice and was frozen for a long time. SHIELD found him and woke him today. In The Winter Soldier (2014) they get back together when Peggy is about to die. She has to lie to him so that everything runs its course and so they get back together.

When Avengers premiered: Endgame we learned that Captain America returned all the Gems of Infinity where they belonged, also decided to travel to the past and stay with Peggy Carter and thus have a full and happy life. Then we can meet him as an old man and he gives his shield to his friend Sam Wilson / Falcon.

The Russo brothers explained that Steve Rogers lived this life with Peggy Carter in an alternate reality, but the Avengers scriptwriters: Endgame Christopher Markus and Stephen McFeely said otherwise. They always had in mind that they both met and lived together.

There is a scene that changes its meaning radically.

In Captain America: The Winter Soldier, Steve seen Peggy and during the conversation she mentions that her only regret is that Steve could not live his life. This is the lie, since Peggy knows that Steve will live a full life with her someday. She goes on to say: “The world has changed and none of us can return. All we can do is give our best and sometimes the best we can do is start over. ” This conversation has a completely different meaning after the events of Avengers: Endgame.

The 2014 film made sure not to show any picture of Peggy with her husband. In addition, an interview filed with Peggy in 1958 included her saying that Steve saved the man who would become her husband in World War II. He mentioned that "even after his death, Steve kept changing my life."

So it is clear that she could not tell him what would happen in the next decade of her life, since doing so could have altered the mindset of Captain America and the decisions he made.