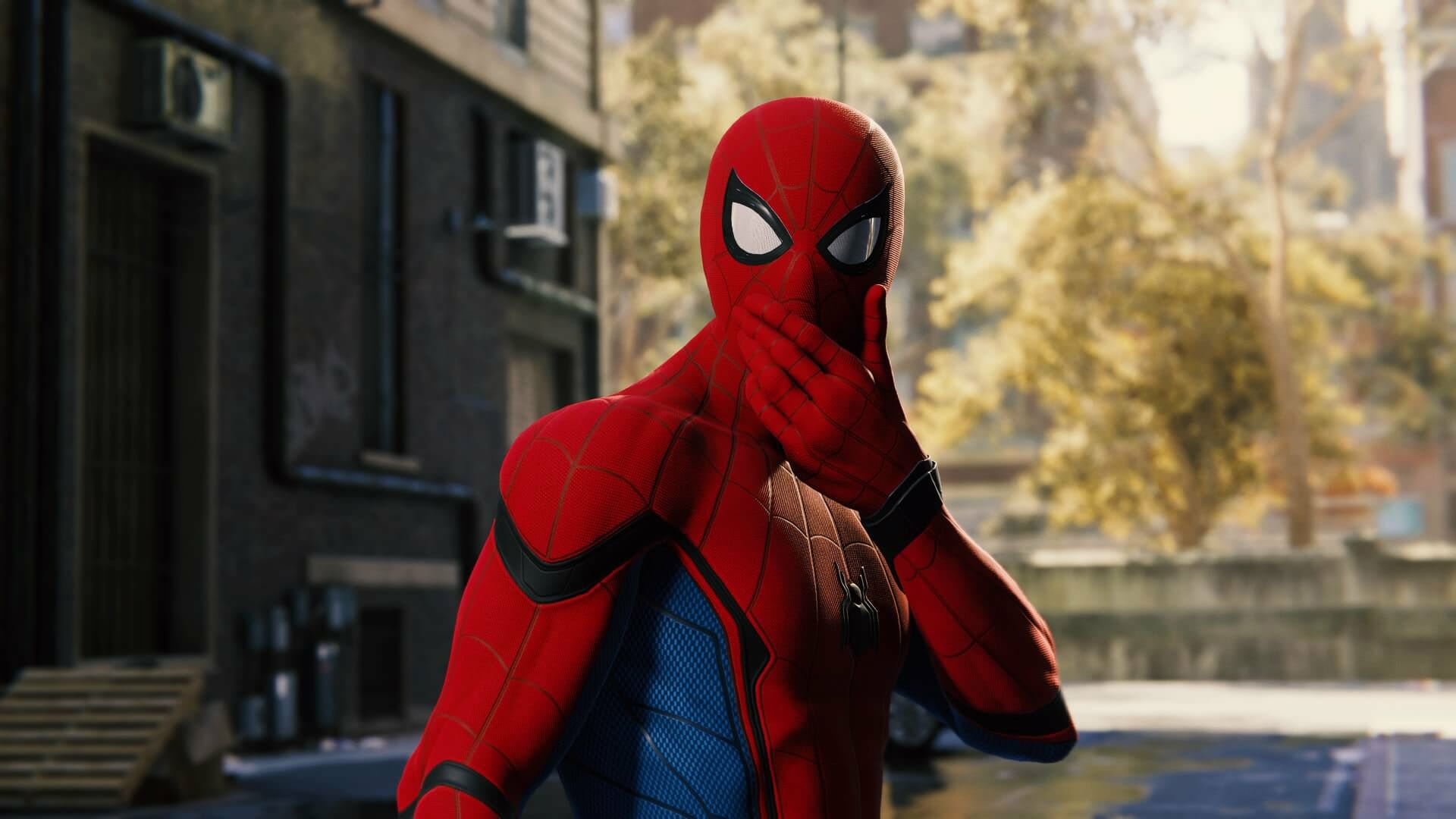 Martin Scorsese does not consider it to be "cinema", Coppola called them "despicable" and now Pedro Almodovar insists that film superheroes "are castrated." Lately, the great debate in Hollywood seems to relate directly to the way in which Marvel has created what is, perhaps, one of the most profitable products in the world of entertainment today. The superhero cinema is now under the scrutiny of the great names of Hollywood, while fans of the most beloved sagas of recent years and defenders of the most emblematic directors of our time face in social networks. The big question that arises is inevitable. Why now? What happens that mythical names of movie mecca devote their attention to the quality and success of a type of films so remote from their natural environment?

It might seem that it is a free and direct attack against a way of creating a show that does not require much effort: after all, the highest grossing film franchises accumulate astronomical figures that can hardly be matched in the medium term. The duo Marvel and Disney this year reached 7.670 million dollars in net profits of collection of taqulilla a record in the industry, only surpassed by the same Disney, which in 2016 reached 7.610 million dollars in the global box office.

However, these are more complicated variables that have surely caused much of the world of cinema to be wondering if, in the future, cinema will be exclusively populated by franchises aimed at a very young or very specific target, based on the great mythologies of pop culture. Is there room for author's cinema or a more risky one? What can happen when phase four of the Marvel Cinematic Universe takes the proposal of the study to a new dimension and that definitely involves a good part of the so-called AAA list of movie mecca? The inclusion of Oscar winner Angelina Jolie in The Eternals is not free, after her experiments in the director's chair. In addition, more and more noticeable that directors, producers and actors seem to be closer to the dilemma about the inevitable need to swell the ever-growing list of big names behind the heroes of popular culture.

Is that panorama what worries the most famous directors and fundamental pillars of cinema as we understand it today? It is likely that this is a legitimate concern in certain areas and also a wake-up call about how to make films today.

The Irishman, Martin Scorsese's most recent project and that even before its premiere, is already considered a work of art of considerable importance for the awards season, was about to not be filmed. The reason? The money. The production – which involves a considerable amount of high-bill digital effects – amounted to the astronomical figure of almost 160 million dollars, a figure that is disproportionate for any average producer without the immediate certainty of a box office gain that can allow the investment. In the end, Netflix absorbed the project by defraying expenses by demonstrating that there is a very noticeable problem in the mecca of cinema: there is no investment for films that are not guaranteed immediate success.

In fact, a good part of the productions, which are currently part of the probable lists of nominees for the most important awards in the entertainment world, were about not to be filmed as considered a risk agent or directly, bad investments. The Joker season phenomenon almost swelled the long list of unfinished projects of Warner Bros., when several executives felt that the solo film of a character that had already failed, could be unfeasible for the interests of the studio. After the disappointing criticism about the Joker, played by actor Jared Leto in the 2016 film Suicide Squad by David Yesterday, the possibility that Todd Phillips' project was a box office failure and published worried the studio, to the point of diminishing the budget to the minimum and force the director to seek financing in two independent producers.

In the case of JoJo Rabbit, by Taiki Waikiki, the project had to face a few doubts from Disney executives, who were not sure if a film whose central plot includes a Nazi youth boy whose imaginary friend is Hitler could Be a suitable for the brand. In the end, the careful script and the emotional impact of the film overcame the last doubts, which allowed it to reach the great festivals without attenuating its shocking message about Nazism and segregation. But the risk that he could not do it was real, which of course is also an indication of the weight of superhero cinema over current film discourse even if it does not seem so.

The cinema of the great superhero franchises is consumable with its classification for all audiences. It allows the projection at local and international level to be much wider than it could ever be a more independent product. The successful formula – proven to satiety – makes it very clear that Disney is not willing to take risks for now and that it will use Marvel to continue producing extraordinary gains due to the minimal investment of risk. Which of course compromises the integrity of the stories that arrive on screen.

"The global dominance of Disney is a reflection of what happens when you have some of the biggest brands in the cinema," said Paul Dergarabedian, senior media analyst at Comscore in an interview with CNN Business, a statement in July of this year. which makes it clear that the influence of Disney Marvel is notorious and definitive about the way in which cinema is analyzed today. "Not to mention, the marketing muscle to have that content in mind of virtually every possible movie buff in the world on a constant basis," he added.

In one way or another, Disney and Marvel dominate cinema as a business and as a concept at various levels. At present, most of the films that get green light for filming are stories based on comics, remakes of great animated hits or in the best case, films that are guaranteed at least, the recovery of the invested capital, as sequels and prequels of great phenomena of pop and box office culture. What happens to more intimate projects, without the support of big names or that are not related to easy-to-display topics? Perhaps, it is the point that insist on debating the great names of the cinema.

There is life beyond the layer and the mask

At the beginning of October, Martin Scorsese told Empire magazine that he did not consider the great superhero movies "real cinema", a statement that baffled and irritated a good part of the fans, but that it is much more than a provocation . "It is not the cinema of human beings trying to transmit emotional and psychological experiences to another human being," added the director, for whom the great problem of superhero cinema is the incessant, calculated and evident repetition of a single cinematographic formula.

The opinion spread like wildfire among other veterans, who pointed out what appears to be an invisible but inevitable criticism of the way of making films today. At this year's Lumiere Film Festival, director Francis Ford Coppola was a bit more incisive on the subject and called Marvel movies “despicable,” an opinion shared by Palme d'Or winner Ken Loach and the filmmaker. Brazilian Fernando Meirelles, insisting that cinema is suffering a considerable weight by sticking to a single way of producing, which undoubtedly causes a progressive loss of identity, weight and speech on screen.

"They are made as commodities … like hamburgers," Loach said in a Sky News interview. “It's about making merchandise that generates profits for a large corporation. They are a cynical exercise. A market exercise and has nothing to do with the art of cinema. ”

Of course, the center of the whole discussion is based on analyzing what cinema is and its scope, a debatable issue that has caused various voices to insist on the fact that not all cinema that arrives on the big screen must contain an intellectual discourse and that it can be conceived as simple entertainment, an opinion that director James Gunn emphasized.

“Superheroes are simply the gangsters / cowboys / adventurers of today's outer space. Some superhero movies are horrible, some are beautiful. Like westerns and gangster movies (and before that, just movies), not everyone will appreciate them, even some geniuses. And that's fine, "he posted on his official Instagram account.

On the other hand, the director of Iron Man, and frequent associate producer at Marvel, Jon Favreau analyzed the criticisms as a way of assuming that not all film products should be perceived in the same way, in addition to humbly recognizing the weight of great directors within the current film scene.

"These two guys are my heroes and they have earned the right to express their opinions," Favreau said in an interview with CNBC. “I would not be doing what I am doing if they do not sculpt the way. They have served as a source of inspiration, you can go back to “Swingers” where I was referring to Marty (Martin Scorsese), and I have worked with him. For me, they can express any opinion they want. "

However, perhaps the one with the clearest and most respectful version in the whole controversy is Damon Lidelof, showrunner of the recently released Watchmen series, for whom cinema is a fertile ground that admits all kinds of reinventions: “There is a space in the Marvel movies that are beginning to explore and begin to be provocative and interesting. Logan or Black Panther are very close in my opinion to the cinema and putting all Marvel movies in the same box does not seem fair (…) I do not see it as a humiliation. I think there has to be room for popular entertainment, independent cinema and cinema, ”he said, which seems to summarize in one way or another the way in which the debate shows the face of today's big screen.

For better or worse, the Disney and Marvel duo are making history in the cinema and also, in the way it is created. What will be the future consequences of the experience of building a version of the film world exclusively dedicated to the great masses? Will you absorb the smallest and most meditated? Without a doubt, it is still very premature to reach a conclusion on the subject, but without a doubt, it is an inevitable topic of debate over the next few years.