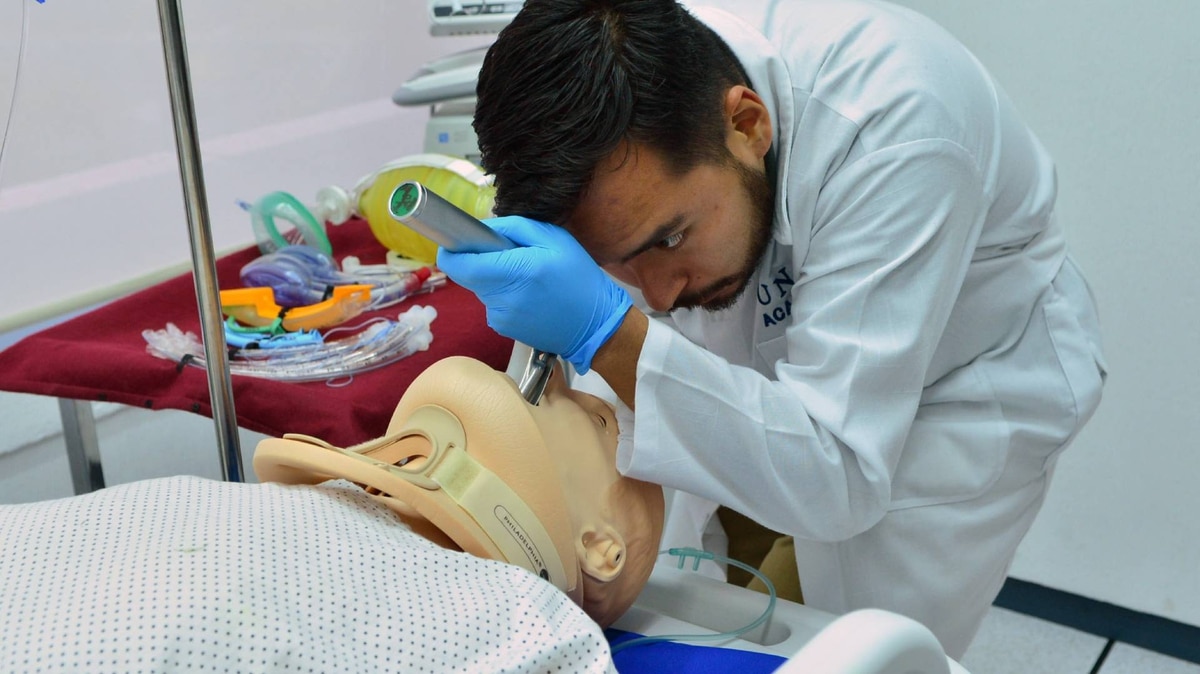 To be able to complete a medical residency in a specialized university course, some 47,000 doctors from Mexico took the National Examination of Medical Resident Applicants (ENARM) 2019 during the last days of September.

The doctors performed the test at 10 locations in the country, in the states of Jalisco, Nuevo León, Puebla, Chiapas, Morelos and Mexico City, for 6 days. All were monitored with closed circuit cameras, and the use of electronic devices is restricted.

With the representation of the Secretary of Health, Jorge Alcocer Varela, the Undersecretary of Integration and Development of the Health Sector, Assa Christina Laurell, toured the Exhibition and Congress Center of the National Autonomous University of Mexico (UNAM), where they were located the two headquarters of Mexico City, to supervise that the evaluation process will be carried out with security, impartiality and transparency.

This is a filter in which for 8 hours 450 reagents focused on solving general medical problems and mastery of the English language must respond.

To avoid the replica of the exam, the place of each applicant is randomly designated by computer. During the six days, six types of tests are applied daily. The questions result from more than 20,000 reagents. The position of the questions varies in each group of nine supporters, so the students do not know the content of the evaluation carried out by their peers.

The Ministry of Health ensures that the ENARM is an instrument for measuring knowledge in general, objective, impartial and transparent medicine. Upon completion of the assessment, students know the score they obtained.

But eight out of ten are rejected from the university course in the form of medical residency at some headquarters of the National Health System.

However, doctors are missing in Mexico; According to President Andrés Manuel López Obrador, the medical deficit in the health sector is almost 200,000: 123,000 general practitioners and 70,000 in specialties. "So many doctors were rejected, that we don't have the ones the country needs now"

That is why he said he would "start up" a program so that Mexico has the doctors that are urgent for the population. “We are going to make agreements with public universities or with medical schools or faculties, but it is not that we are going to give the university a budget and you see how you increase tuition. We are going to give you, but if you now have 300 medical students, we want you to have 600. I mean, very directed because otherwise we do not move forward, ”said López Obrador in Paracho, Michoacán last July.

The president criticized the continued rejection of thousands of young people who want to enter universities to study medicine, because "it is not that they do not pass the exam, it is that since there is no budget, there is no quota and there is no space."

However, once inside the school, he faces another reality. “The universities and medical faculties have become pro-therapeutic courses to pass the ENARM. Almost all curricula are focused on training people who can answer the exam and not general practitioners, ”said Dr. Manuel Millán and a UNAM scholar at El País, who also interviewed Dr. Sergio Prieto, who stressed that“ there are many formative differences, we have doctors at the level of the best in the world, but also students who shouldn't have studied Medicine. ”

Mexico has also faced a shortage of medicines, a situation that was denounced last August by parents of children suffering from cancer who demanded cancer treatments to treat, mainly, infoblastic leukemia. Jorge Alcocer, secretary of health, said in a press conference that it was a “secondary” component of which “if the dose is not given for a few days, there is no medical emergency”.

However, his statement contrasted with the vision of various non-governmental organizations and hospital officials, who reiterated that the health sector does experience a crisis in Mexico due to the shortage of medicines.

In the forum “For health, first the most vulnerable”, Carlos Castro, executive president of the ALE Association, said that the shortage of medicines not only occurs with anti-cancer and antiretroviral drugs, but also affects 50% of the patients who were treated by the Popular Insurance.