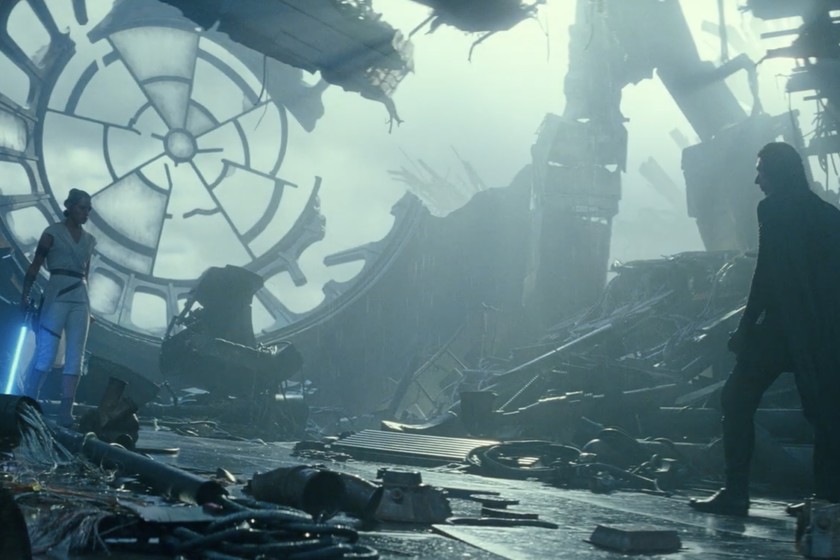 A little less than two months before the premiere, and under a curtain of absolute secrecy, Disney and Lucasfilm have just released the final trailer for 'Star Wars: The Rise of Skywalker', Episode IX that will end this third trilogy that was born from The mind of George Lucas. A film whose importance is that it will be the last to focus on the Skywalker family.

As expected, the new trailer leaves us with clues and advances but without releasing anything, just enough to speculate and create theories, which will arrive in the next hours with all kinds of videos and posts analyzing frame by frame this trailer waiting for ' Star Wars: The Rise of Skywalker '.

It should be noted that the trailer contains potential spoilers, so if you want to reach the film blank, it is best to stop reading from here.

The end point to the Skywalker saga

As we see, we have a lot to digest in these short sequences full of details and clues, which highlights that take of the interior of the Millennium Falcon piloted by our new heroes: Rey, Poe, Finn and Chewbacca. But that's not all, since the mythical ship also appears in front of a tremendous fleet of ships that apparently prepare for the final battle.

If we pay attention, in the shot where all these ships appear to the right of the Millennium Falcon appears a ship that looks a lot like 'Ghost' from Star Wars Rebels. It would not be the first time we see 'Ghost' in a live-action movie after appearing in 'Rogue One', but it would be the first time he appears in a trilogy movie, which aims to become one of the many 'easter-eggs' that we will see in this tape.

Today we have only had two previous advances of 'Star Wars: The Rise of Skywalker': the first trailer shown in April, which was more like a 'teaser', as well as the advance of last August was a "breakthrough special "of the D23 Expo. That is, we are just before the third video, but also the last officer, so it seems that Disney does not want to release anything else.

Of course, during the next few days before the premiere, a brutal strategy is expected from Disney with dozens of television spots, new international trailers, as well as posters and even toys, each being a clue to the plot that awaits us to This expected Episode IX.

Up to this point we came up with several doubts, the ones left by the two previous films and the three videos published so far. We have, for example, the mysterious eyes of C-3PO, the strange appearance of Ray and his double red lightsaber, the return of Darth Sidious or Emperor Palpatine, as well as the rumor of participation Hayden Christensen, who would return in his role by Anakin Skywalker, better known as Darth Vader.

In this last film of the trilogy we will see the return of Daisy Ridley, Adam Driver, John Boyega, Oscar Isaac, Lupita Nyong'o, Domhnall Gleeson, Kelly Marie Tran, Joonas Suotamo and Billie Lourd, each of the roles we already know. While the novelties in the cast are Naomi Ackie, Richard E. Grant and Keri Russell.

On the other hand, this Episode IX will also serve as a meeting and farewell for Carrie Fisher as Leia Organa, which will appear thanks to footage that was not used in previous films, Mark Hamill as Luke Skywalker and Billy Dee Williams who returns to put himself in the shoes of Lando Calrissian.

'Star Wars: The Rise of Skywalker' premieres in theaters internationally this December 20.

Poster for the IMAX version.

Amazing final trailer for 'Star Wars: The Rise of Skywalker', the movie that will put an end to the story of a generation