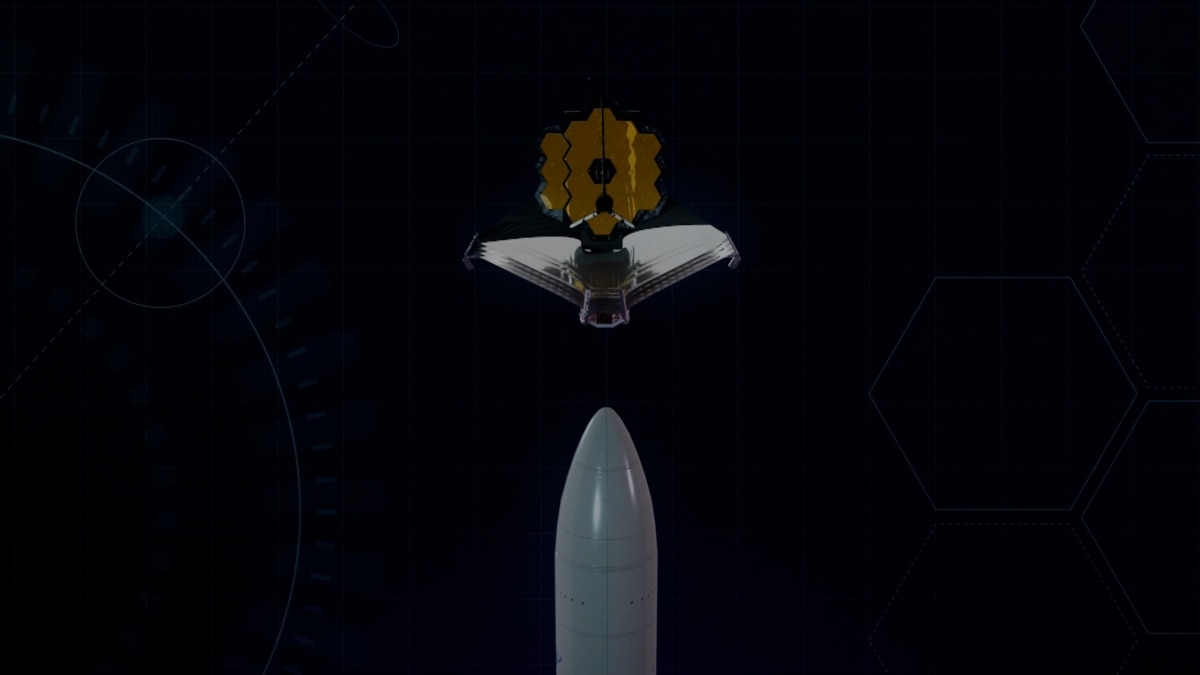 How did the first galaxies form? And earth? These are questions that still have no answer, although there are many theories about it. However, an ambitious aerospace project that is about to become a reality aims to shed some light on these human questions. It is the James Webb space telescope, the largest and most powerful in all of history. Its launch, scheduled for December 25, represents a before and after in aerospace history, especially due to the type of information that engineers and scientists hope to obtain thanks to the launch of this space observatory. “It is a giant telescope, we are talking about a telescope the size of a tennis court, which will be able to observe space in colors that neither you nor I can see,” explained Ernesto Espinoza, from the Institute of Space Telescope Sciences in Baltimore, Maryland, and one of the members of the project in the last two years in its development. “It’s a new eye to the universe that is just going to revolutionize what we know about astronomy to date,” he added. A joint project The project has been carried out thanks to the collaboration of the United States National Aeronautics and Space Administration (NASA), the European Space Agency and the Canadian Space Agency. “First it is historical, because launching a telescope of this caliber into space is something that we have never been able to do. Second, it is revolutionary in that it is going to add new questions that we did not even have in mind, ”Espinoza said during an interview with the from Parkville, Maryland. It is a time machine. This telescope could be perfectly compared to a kind of “time machine”, according to experts in the field. “Yes, it is a time machine because it will allow us to see the first galaxies, the galaxies that formed when the universe was formed,” said the 34-year-old astronomer, a native of Chile. The galaxies, more and more, are moving away from the Earth by a phenomenon that is still unknown. “It is a mystery why exactly that happens and in astronomy there is a great debate about how the universe works on a large scale and why it is expanding,” explained Espinoza. Until now it has been impossible to observe the first galaxies located “millions of light years away”, since the technology and the telescopes that have been sent into space had limitations and could not reach such distant spaces. “The further you can see, the further back in time you will go. And this is what we refer to when we speak of ‘time machine’, since it will allow us to see the first galaxies and some details “, said Espinoza, convinced that it will be possible to discover” how much light the galaxies emit, if “they were brightest at first or very faint ”and“ how were those first stars ”of the universe. Understanding what the universe we live in is like Espinoza, who studied astronomy at the Catholic University of Santiago de Chile and later studied for a doctorate in astrophysics, insists on the idea that this space observatory “will allow us to understand the large-scale universe in a way that we have not had the possibility before ”. “Perhaps we will find a new physics that we did not know before and we will be able to understand what the universe in which we live is like and how we got to where we are today.” The telescope, which has taken 20 years to develop at an approximate cost of 10 billion dollars, was named after James Webb in honor of NASA’s second administrator. Under his direction, the federal agency launched one of the most ambitious projects to date, the Apollo, which would send a human being to the Moon for the first time. The detection of extraterrestrial life Currently, one of NASA’s priorities is to develop projects to investigate whether there is life outside of Earth. Although “it is very difficult” for the telescope to detect life in other galaxies, it will be able to “detect atmospheres on planets that may be potentially habitable.” “Our studies are going to be able to detect that atmosphere for the first time. If you ask me how we can observe the atmosphere of a planet that could have life, my answer is that we did not have the technology to be able to make these detections ”, said Espinoza. The James Webb, however, “is going to make this technological leap” and “is going to allow us to detect for the first time if these planets have an atmosphere.” A historic and revolutionary project “We know planets tens of light years away that we believe could have life because they are precisely in the perfect distance, without much cold or heat, that if they had an atmosphere like Earth they could have life, but we don’t know if whether they have an atmosphere, “he said, and stressed that the telescope will also be able to” make detections of molecules, such as water, carbon dioxide or methane, “among others. Despite everything, Espinoza clarifies that “discovering life itself with these detections is going to be complex”, but it will lead to “an important scientific debate”. “It’s not coming in and looking at this and saying ‘Eureka, there’s life.’ There will be a detailed study behind it, but that puts us very close to that, definitely yes ”, he concluded. Connect with the ! Subscribe to our YouTube channel and activate notifications, or follow us on social networks: Facebook, Twitter