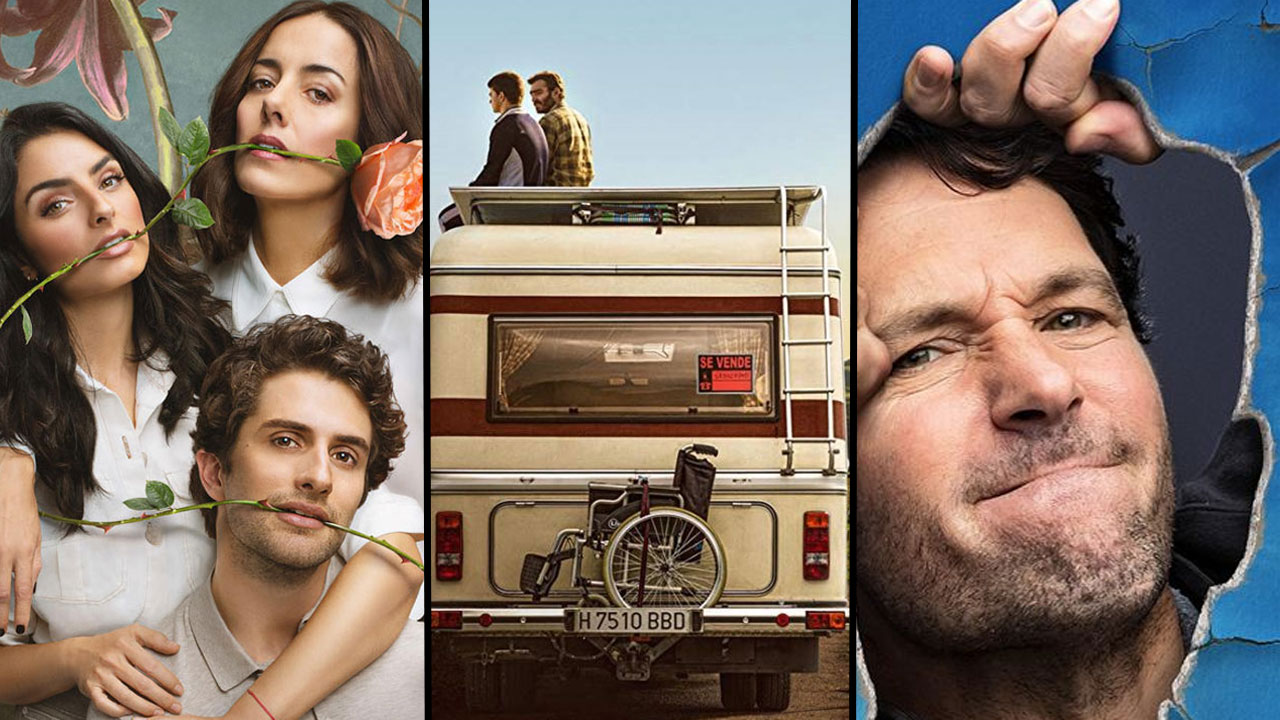 The streaming platform adds to its catalog 'Seventeen' by Daniel Sánchez Arévalo or the comedy 'How to live with yourself' with Paul Rudd for two.

After premieres such as the second season of Insatiable or the Fracture movie, the week of October 14-20 is also loaded with other great releases on Netflix and especially for those fans of the horror genre, thus preparing the ground for the night of Halloween.

For seriéfilos, you can see Paul Rudd twice in his new series How to live with yourself or if you missed the Mora family, you also have the second season of La casa de las Flores. As for movies, Eli, Wounds or The Laundromat: Dirty money with Meryl Streep are just some of the premieres that will delight the most cinephile.

DO NOT STOP SEEING: 'SEVENTEEN'

Seventeen focuses on a 17-year-old boy named Hector. He has been in a childcare center for two years, and due to his lack of communication skills, he is not related until he decides to start a therapy with dogs. Héctor creates a very special bond with his dog and when they adopt it, he makes a drastic decision.

How to live with yourself

Finally the expected comedy starring Paul Rudd lands on netflix. The series focuses on George Elliot, a man whose life is stagnant both personally and professionally. To improve his situation, he decides to undergo a treatment that will change him for a new and improved George.

The House of Flowers – Season 2

The most peculiar family of the platform returns with its second season. The Mexican series of Manolo Caro now leads Mora to live experiences of all kinds: a sect of pseudo-spiritual success, identity crisis, problematic love relationships or living in Madrid. This season will bring Paco León back to the Spanish with his sister María León, Eduardo Casanova or Eduardo Rosa.

The Italian series of success based on real events opens its second season this week. The fiction focuses on young residents in Rome who reveal themselves against the socially stipulated. Teen girls decide to prostitute themselves so they can pay for their trips.

Toon and Nina are the protagonists of this Dutch fiction. Toon is a carol composer who decides to collaborate with his friend Nina who, to his surprise, becomes viral. Now, they have to adapt to the unknown world of fame with the help of the composer's sister, who decides to be their manager.

This Turkish prison drama premieres its first season on Netflix. The heartbreaking fiction follows Deniz, a devoted mother who ends up in jail after enduring her husband's abuse and killing her in an argument. In jail he meets hostile Azra and Kudret and has to do everything necessary to survive and return with his daughter.

-OTHER SERIES THAT ARE INCORPORATED TO THE CATALOG-

Netflix adds to its catalog Smuggling Love, a Turkish drama focused on Omar, a police officer who lives in poverty and has recently been awarded in Istanbul. The young man is assigned a murder in which two unidentified bodies are found and when Omar arrives at the scene, he sees that one of the bodies is that of his fiance Sibel.

If you are a fan of the thriller, this horror film by Sinister 2 director Ciarán Foy will like it. Eli tells the story of a child suffering from a rare autoimmune disease and whose only treatment is to lock him in a special clinic. He soon discovers that his new home will become a dangerous prison.

Get ready for Halloween with Wounds, starring Armie Hammer and Dakota Johnson. The story follows a waitress from New Orleans who picks up a forgotten cell phone in a bar after a fight, shortly after, begins receiving SMS that starts a terrifying chain.

The film is based on Jake Bernstein's book on Panama Papers and has a stardom cast: Meryl Streep, Gary Oldman, David Schwimmer, Will Forte, Robert Patrick and Antonio Banderas. The film treats one of the biggest money laundering scandals in history linking politicians, financiers, athletes and artists to illegal activities.

Upstarts is a Hindu film in which three graduates create a “startup” from scratch and are willing to do good and earn millions through their precious project. The company manages to be successful but as fame progresses, the distance between friends grows.

Jumanji: Welcome to the jungle

Do you still have to watch the version of one of the most iconic films of the 90s? Jumanji: Welcome to the jungle joins the Netflix catalog this week. The film starring Dwayne Johnson, Jack Black and Kevin Hart brings back the mysterious and deadly game Jumanji, which acts as a portal through space-time for four teenagers.

Tell Me Who I Am

This documentary tells the life of Alex, who loses his memory and uses his twin brother Marcus to remember his experiences. Marcus tells him for years that he had an idyllic life with a perfect family, but nothing is further than reality.

If you love landscapes, Netflix premieres the first season of a documentary series about one of the most majestic mountain ranges that connects Argentina with Colombia. All through the history of five people.

With the advance in genetic editing, the biology of people can be altered to eradicate diseases and modify pregnancy, something previously unthinkable. This documentary puts face to the people behind these controversial studies.

The ghosts of Sugar Land

Netflix adds to its catalog the documentary set in Texas and that follows a group of young Muslim Americans who suffer the disappearance of their friend Mark, raising suspicions about whether he has joined ISIS. Friends have to learn to live with the consequences of their actions and rumors about Mark.