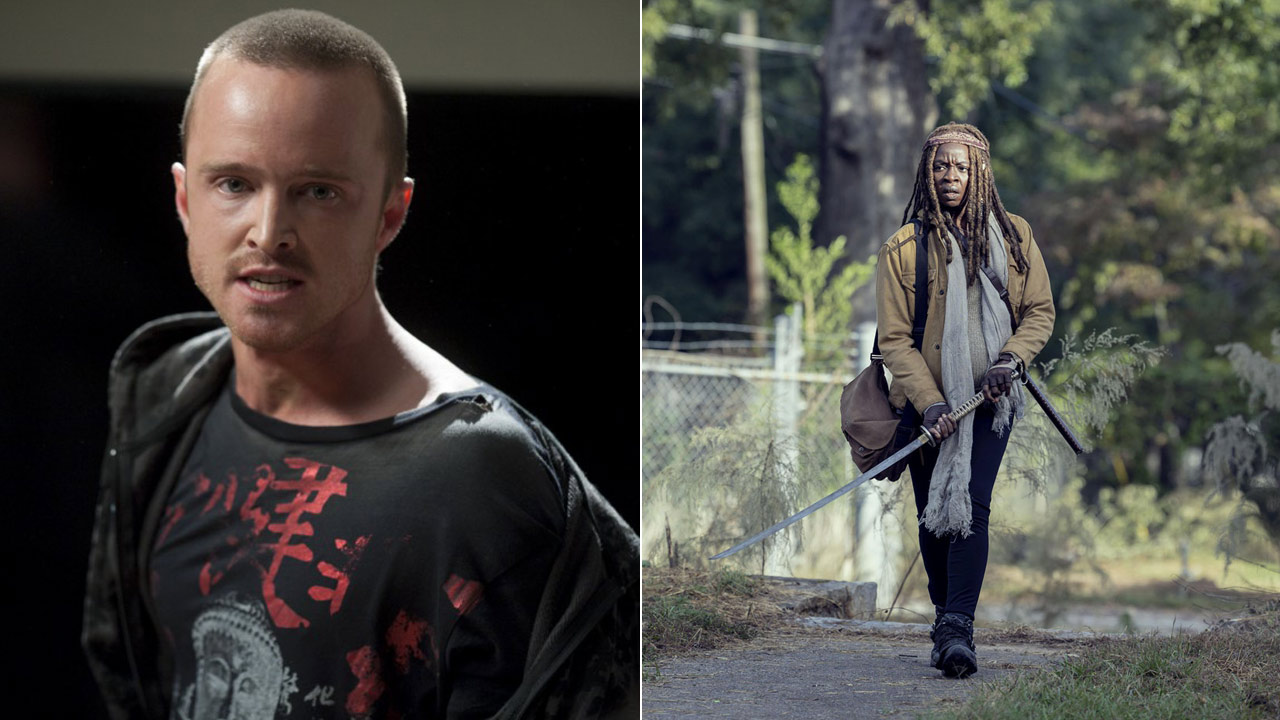 'The road: A Breaking Bad movie' and the ninth season of 'The Walking Dead' are some of the novelties that come to the platform.

A new week begins and that is synonymous with changes in the Netflix catalog, the entry of new content for series and cinema lovers. Undoubtedly, the highlight of these next seven days is the premiere of The Road: A Breaking Bad movie, in which we will see Aaron Paul again in the skin of Jesse Pinkman.

As if that were not enough, you can also see the ninth season of The Walking Dead on the platform and see how the life of the survivors continues under Rick's orders; and the second season of the original Insatiable and occasional Love.

For the most moviegoers, news such as Fracture arrives, with Sam Worthington as the protagonist; The awakening of Motti Wolkenbruch, and the Japanese The Forest of Love.

If you are a fan of Breaking Bad and you still have not overcome your loss, you will be glad to know that this week you can savor a bit more of the successful fiction of AMC thanks to the movie The Road. Conceived as another episode in the life of Jesse Pinkman (Aaron Paul), the feature film directed by Vince Gilligan, creator of fiction, focuses on the search for the culprit of a multiple murder. It remains to be known whether we will see Bryan Cranston again in the skin of Walter White.

Ultramarine Magmell is the title of the new anime that comes to Netflix this week. The first season, divided into 13 episodes, is set in a dystopian world in which a new continent called Magmell has emerged. In it there are numerous resources and inhabit diverse species never seen on Earth. Inyou and a group of explorers are sent to the area to try to investigate the origin of everything related to this new continent.

This week he returns to the Patty (Debby Ryan) platform with the second season of Insatiable. The young woman continues with her intention to take revenge on all those who traumatized her by criticizing her for her physique for years. With the help of an unscrupulous lawyer and his wife, he manages to change his appearance and is willing to eat the world, above all.

The French comedy Casual Love is another series that returns to Netflix with eight new episodes. In this second installment, we will witness how Elsa's sentimental life evolves, after her friends hired a gigolo to help her overcome her former partner.

-OTHER SERIES THAT ARE INCORPORATED TO THE CATALOG-

This week also adds to the extensive catalog of the 'streaming' giant the ninth season of The Walking Dead. More than a year after the end of the war the survivors continue to rebuild their new home under Rick's orders. But the relative peace does not take long to evaporate and soon, in addition to having to face new walkers, disputes begin to arise between the members of the different communities.

Sam Worthington is the protagonist of this action thriller directed Brad Anderson (The Machinist). The story follows Ray and Joanne, a couple who, during a trip, in the company of their daughter, suffer an accident, in which the little girl is injured. Without losing a second they take the little girl to the nearest hospital. Once there, Joanne accompanies the girl to have an MRI, while in the waiting room Ray, exhausted, passes out. When he wakes up he discovers that there is no trace of his family and that no one has seen his wife and daughter enter the center.

The awakening of Motti Wolkenbruch

Despite the pressures of his mother to marry an Orthodox woman, the young Motti sees how his life and his feelings take a different direction when he falls in love with one of his university classmates. A relationship that your family will never approve.

The Forest of Love

Another of the new feature films that this week lands on the platform is the Japanese drama The Forest of Love, in which a group of aspiring filmmakers enter the lives of two young men with promises that are not what they seem.

Of French origin, and with the Netflix seal, a drama about three very different brothers who try to find life as they can in a city where life is not simple comes to the Suburban platform.

On the edge of reality – Season 2

Another series that returns to Netflix this week is the terrifying On the verge of reality. In this second season of documentary fiction, which is divided into six episodes, he gathers new real stories related to paranormal and horror events told by different people.