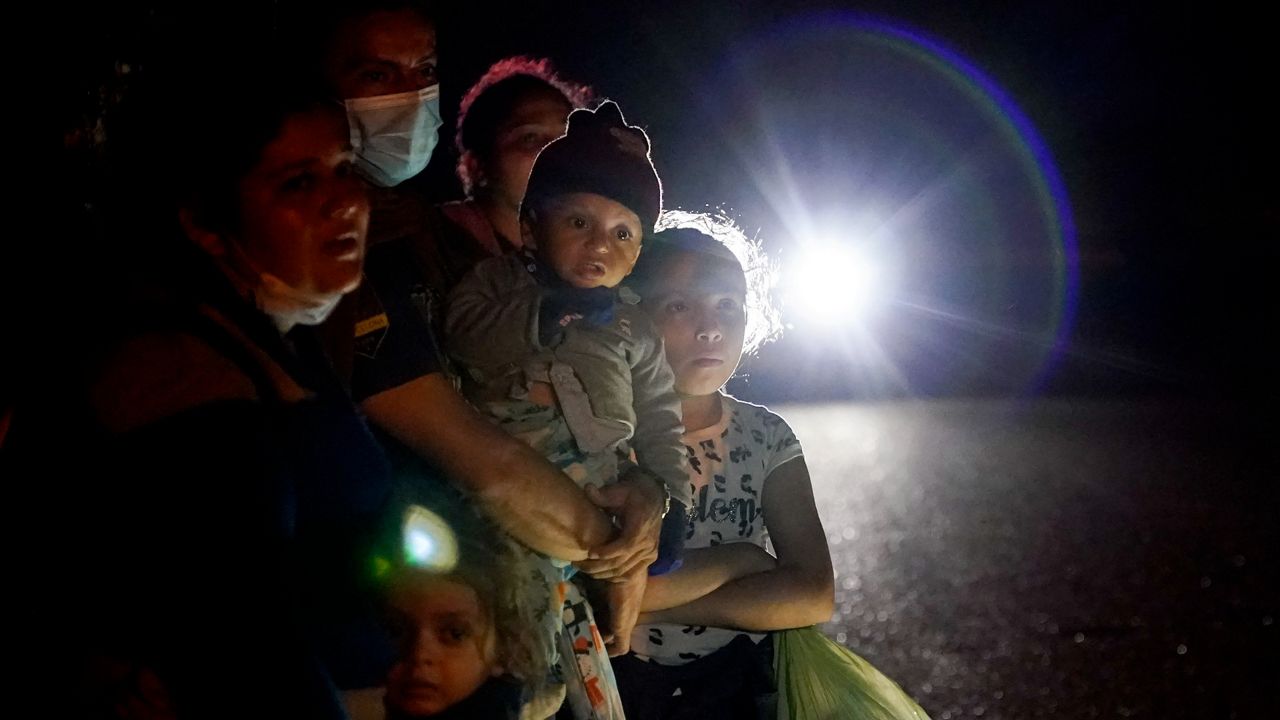 THE BACKGROUND: 2021 was expected to be a busy year on the US-Mexico border. US President Joe Biden, who took office in January, had said he would be a more immigrant-friendly president than his predecessor Donald Trump, and that alone was enough to encourage migrants to try to enter the country.

But the arrival of people exceeded expectations shortly after the president’s arrival at the White House. The number of children traveling without adults broke records in March. The Border Patrol found migrants in South Texas more often than ever in June and July. Additionally, some 15,000 migrants, mostly Haitians, camped under a bridge in a border town in that state in September.

The government initiated a mass expulsion of Haitians, while allowing thousands to remain in the country. His uneven response after months of mounting arrivals sparked strong criticism from both the left and the right, underscoring the consequences of scrapping Trump’s policies without having a new asylum system in place.

When I was in the Rio Grande Valley in March, we were one of the few journalists who entered a detention center where there were almost 4,000 migrant children traveling without adults. There were 500 or 600 children in some of those enclosures that were designed for 25 and based on the COVID-19 pandemic guidelines.

They were packed there like sardines. It was awesome. A 17-year-old girl who had just given birth was allowed to be in a separate area, but the conditions were even worse than what I saw during the Trump administration. Wire fences from previous governments, sometimes called “cages,” were replaced with plastic, thick sheets of plastic. Basically, it was the same thing.

This was the third time since 2014 that migrants were arriving in large numbers, many of them families and children from Central America, but also increasingly from South America and Africa. Many of them are released, which encourages more to come.

However, then those who are perhaps most in need cannot cross, for various reasons. I was very concerned about the following case: A woman from El Salvador who had to run away from her house in the middle of the night because a policeman was chasing her, wanted to kidnap her and take her away and she did not want him to know where her children were. So he didn’t even say goodbye to them and ran away.

However, she was kidnapped, raped and forced into prostitution in Mexico. She was assaulted in Tijuana and was unable to cross into the United States to apply for asylum. There are people like her and it is sad that they cannot enter. Then other people who are possibly less deserving — in the sense that they just come to work — make it through.

In May, for a week or so, we had continued to cover the massive arrival of people. They were crossing the border and asking for asylum… The vast majority were families arriving, so they could easily walk to the nearest (border) agent to turn themselves in, but what we are seeing more and more and I am sure you have heard from others , was the arrival of numerous children.

Additionally, seeing this was by far what moved and impacted me the most: 12-year-old boys walking through the mud in the middle of the night, in the rain, alone.

We met this girl Emely, 8 years old, from Honduras. Additionally, she is crying. He lost a shoe in the mud. She is with this group, but had apparently been added to it. Additionally, there are some young mothers who were not nice to her, like arguing with her. Something like: “Come on, follow him. Where is your shoe? How did you lose your shoe? They are not understanding at all and she just cries.

The girl meets the agent and it’s the middle of the night… She has no documents, no information, she doesn’t know where her mother or parents were living in the United States. I wasn’t even sure where she came from at the last point in Mexico, but she is from Honduras. Additionally, (the border agents) had no way of getting this girl to meet someone in the United States or elsewhere.

So basically it would be put into the system and then you would have to try and figure out some way to link it to someone. We got information about her and I sent the photo in the middle of the night and it ended up being spread all over the country on Spanish news channels.

Her mother was in Austin, Texas, saw the photo and said, “That’s my daughter.” …And, to cut a long story short, Emely was reunited with her mother through this photo and also through Adriana Gómez and Eugene García’s video (both AP journalists). So the three of us managed to reunite this family. It’s the nicest thing that’s happened to me in years. I was very excited.

Here’s a bit of my story: I came to the United States when I was 10 years old and we were in a detention center for about a week. So I feel like I understand pretty well what people are going through… In fact, my background opened up a great opportunity for me.

One of the stories that makes me most proud is that of Yancarlos, a 5-year-old boy from Honduras. I’m on my way back (to Baltimore) from the border… and I’m at the airport, going about my business eating a sandwich, waiting for my plane, and I overhear a conversation behind my back.

A man asks a boy in Spanish: “Are you excited to learn English? Are you excited to go to school in America? And that gave me an idea, so I left everything, I went to where the boy’s mother was and I asked: “Where do they come from? Were they in one of those detention centers?” Mom said yes. “Were they granted asylum?” Yes.

So all things began to line up. Of course, now it’s my turn to say, “Well, I’d like to take a picture of you.” I was thinking of a quick portrait or something. Additionally, I then asked, “And by the way, where are you going?” She said, “Oh, my brother is waiting for us in Baltimore.” I said, “Wait a minute. Are they on this next flight to Houston and then from Houston to Baltimore?” She replies, “Yes.” I said, “Oh, please let me photograph them during the crossing. Let me tell your stories.”

At first the mother said: “No, I don’t like cameras, I don’t know who you are.” So I gave him my card and said, “Look, this is a real company. That’s my name”. Even so, he didn’t want to. Additionally, I pointed out, “The reason I want to tell her story is that we never hear what happened next. I can understand them because…” and I told them how it was for us, how we were in a detention center, in a room with just a mattress with no bedding, no pillows, nothing.

We were there for a week and I said: “What your son has gone through in the last few days, I also went through as a child. And, do you know? No one ever told my story, which is fine, but I want to tell his.” Additionally, she said, “Okay, you can photograph us.”

It was a very nice story. The boy is 5 years old and he was wearing a little Superman outfit with a little hood and he would look out the window and see the first plane he’s going to get on and he and his mom have never flown… The mom is terrified but the boy, once they are in the air, he touches all the buttons and she tells him “No, no”.

Additionally, I’m like, “I get it. I remember my first flight. So that was a really nice story because I was with them all the way and I did a really nice story about Yancarlos, who wasn’t deported back to Honduras, where things are really scary for him.