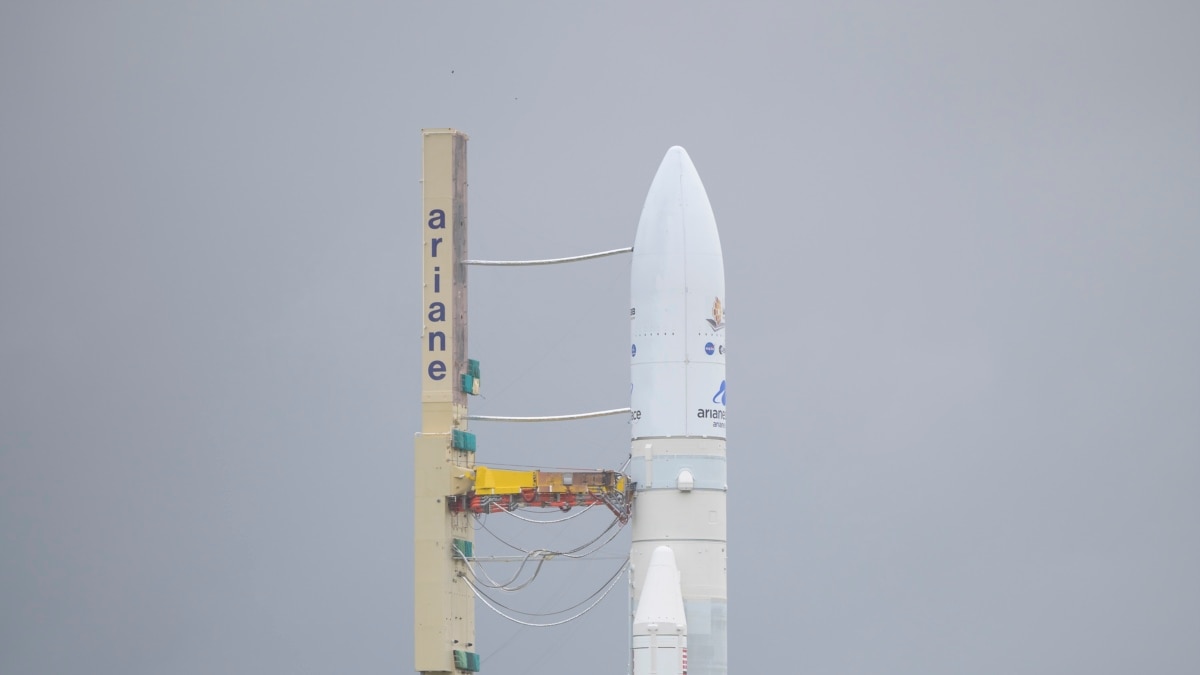 CAPE CAÑAVERAL, FLORIDA, USA – Don’t ask astronomers to choose between the Hubble Space Telescope and the new kid on the block in the cosmos: the James Webb Space Telescope. “Comparing Hubble to Webb is like wondering if you love your second child as much as your first,” said Susan Mullally, associate scientist for the Webb project at the Space Telescope Science Institute in Baltimore. “Hubble will always be loved for capturing stunning images of our universe and will continue to collect important data for astronomers. The Webb gives us new and unique eyes of places we’ve never been able to get to. ” At a time when Hubble – developed by NASA and the European Space Agency – is about to turn 32 years in orbit, the larger and 100 times more powerful Webb is widely regarded as its successor, although both are very different. Its launch is scheduled for Saturday morning from the coast of South America. Here are the data from Hubble vs. Webb: ROCKET RIDES In 1990, Hubble was put into orbit after being transported by NASA’s space shuttle Discovery. He quickly got into trouble: One of the telescope’s solar wings got stuck while deploying. The astronauts prepared for an emergency spacewalk, but the panel was unblocked by electronic orders issued from Earth. Within a few weeks Hubble was found to have a blur problem. Three years later that flaw was corrected by astronauts on a spacewalk. In the case of the Webb, which will depart South America on a European Ariane rocket, astronauts will not be able to visit the site where it will be located, 1.6 million kilometers (1 million miles) from Earth. Larger and more intricate than Hubble, the Webb will not be able to be repaired if its fold-out mirror or sun visor were to break down. LET THERE BE LIGHT The Webb is expected to contemplate the light emitted by the universe’s first stars and galaxies, beyond the reach of Hubble. This light will reveal what the original stars looked like 13.7 billion years ago. So far, Hubble has observed 13.4 billion years ago, revealing a small, clumpy galaxy that is the oldest and most distant object ever observed. Astronomers are eager to bridge that 300-million-year gap using the Webb and move ever closer in time to the Big Bang, the moment the universe formed 13.8 billion years ago. “It’s like looking at my children’s photo album and not seeing the first two years, right? Trying to figure out where they come from, ”said Thomas Zurbuchen, NASA’s chief scientist. INFRARED VISION Hubble sees what we do – visible light – with a little bit of ultraviolet and infrared. The Webb has infrared vision, which allows it to penetrate the dust clouds of the cosmos. As the universe expands, the shorter visible and ultraviolet wavelengths emitted by early stars and galaxies have been stretched, so the Webb will see them in their elongated infrared form that emits heat. That’s why the Webb’s detectors have to operate at minus 240 degrees Celsius (minus 400 degrees Fahrenheit). To stay in those freezing temperatures, the Webb wears a parasol the size of a tennis court. Between each of the five layers of the sunshade there is a gap so that heat can escape from the sides. The multiplicity of layers also protects it better from micrometeorite impacts. SIZE DOES MATTER To distinguish the first faint stars in the universe, the Webb needs the largest mirror ever launched into space for astronomical purposes. It measures more than 6.5 meters (21 feet), but it is lighter than Hubble’s, which measures 2.4 meters (8 feet) in diameter. This is because the Webb’s mirror is made of beryllium, a strong but lightweight metal. It is also segmented, allowing it to fold up like a folding table for launch. Each of the 18 hexagonal segments is the size of a coffee table and coated in ultra-thin gold, an ideal reflector of infrared light. LOCATION, LOCATION, LOCATION Hubble orbits the Earth at an altitude of 530 kilometers (330 miles). The altitude was determined by the capabilities of NASA’s space shuttles, which put Hubble into orbit and then visited it five times for maintenance. The Webb is heading farther away, 1.6 million kilometers (1 million miles), at what is called the second Lagrange point. At this point the gravitational forces of the Earth and the Sun balance, so a spacecraft there requires a minimum of fuel to stay in place. The Webb will be facing the night side of the Earth at all times as the spacecraft and planet rotate in unison around the Sun. THE RISING COST Hubble was years late and millions of dollars over budget when it was put into orbit in 1990. The Webb is also years behind and huge cost overruns. NASA’s expense account for Hubble from its development in the 1970s to now is $ 16 billion, adjusted for inflation, which does not include all shuttle flights for launch and repairs. The price of the Webb is estimated at $ 10 billion, including the first five years of operation. The European Space Agency is responsible for the launch costs, and a French-made Ariane rocket will transport the Webb from French Guiana. HUBBLE AND WEBB, THE ORIGIN OF THE NAMES Astronomer Edwin Hubble confirmed a century ago that there are countless galaxies beyond our Milky Way and that the universe is constantly expanding. James Webb headed NASA from 1961 to 1968, presiding over the Mercury and Gemini projects, and the first phase of the Apollo moon landing program. In 2002, a decade after Webb’s death, NASA chose his name for the new telescope. But now some scientists and others want a new name, given Webb’s leadership positions at the State Department and at NASA during President Harry Truman’s administration, in which government workers were fired for being gay. This year, the NASA historian conducted a search of Webb’s archives, but found no evidence to justify a name change, administrator Bill Nelson said.