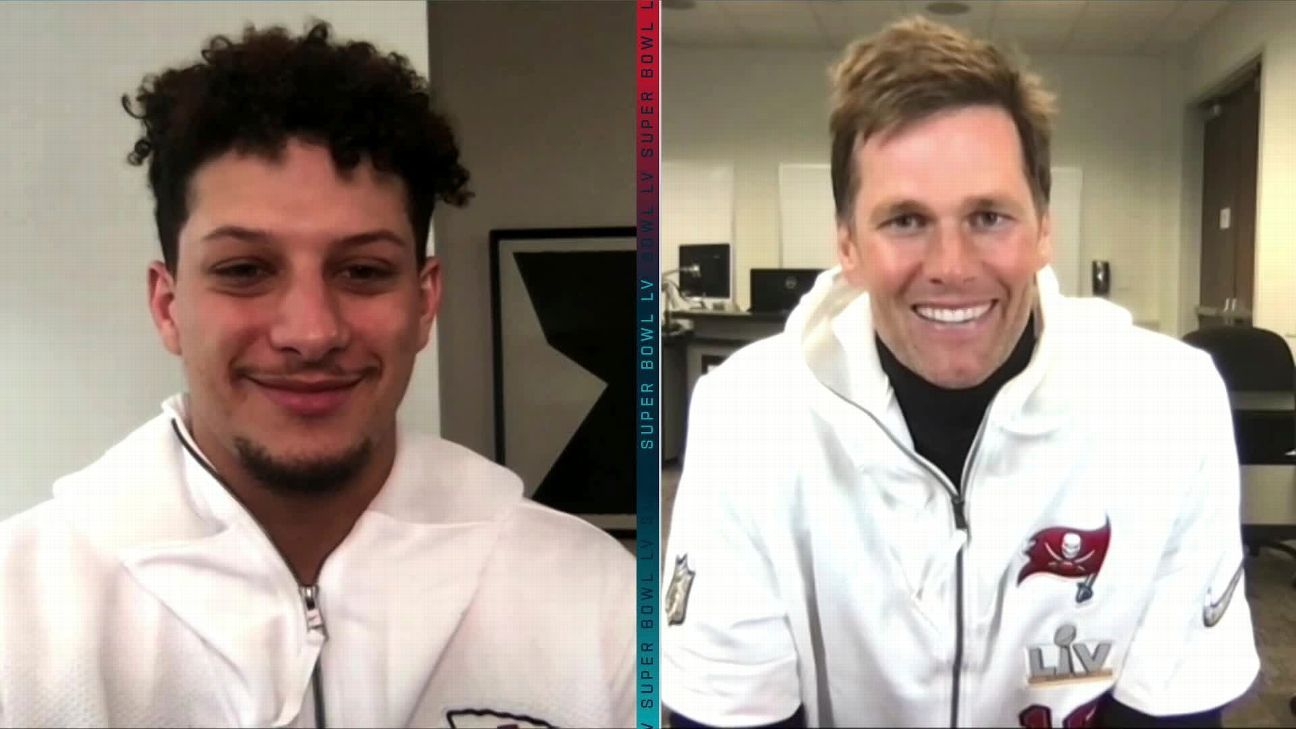 Someone will make history on Sunday in a Super Bowl with so many parallel plots that they could well fill a season of television programming.

Tom Brady is already the king of Game of Thrones and looking for his seventh ring. Patrick Mahomes, the heir apparent to the elite quarterback dynasty, is chasing the Kansas City Chiefs for a second straight title, something no team has achieved since Brady guided the New England Patriots to the two-time championship in the 2003 and 2004 seasons.

Brady, who is 43 years old, will play his 10th Super Bowl, but now in a new uniform, that of the Tampa Bay Buccaneers, Tampa. Yes, Tampa, Florida, where the title game will be played this year.

The duel between the Patrick Mahomes and Tom Brady is just one of many stories surrounding Super Bowl LV. NFL via AP

So the Pirates of the Caribbean make port. It will be the first time that a team will play the Super Bowl in their stadium.

“There are many things that come with the Super Bowl,” explained Rob Gronkowski, a three-time champion tight end who returned from retirement to reunite with Brady. “I’ve been here before. I’ve lived it before. But having it at home makes it easier in your stadium, at home.”

Add to the script the presence of two coaches who are over 60 years old: Andy Reid with Kansas City and Bruce Arians with Tampa Bay, both offensive geniuses who are comfortable with the current trend of scoring a lot of points and putting together creative attacks. as do various young coaches.

“There is no one who says something bad about BA, he is charming to everyone and I think everyone wants to win for him,” Brady said of Arians.

The veteran quarterback rarely gave those kinds of praise in reference to his former coach, Bill Belichick, at the Patriots.

The COVID-19 pandemic has changed the face of most of the activities around the Super Bowl. EPA-EFE / Shutterstock

“He’s kind of like a father figure in this facility, and it’s because everyone loves him so much,” Chiefs All-Pro tight end Travis Kelce said of Reid.

Defenses must not be forgotten, which some might overlook given the dynamism of both attacks. Tampa has probably the best group of linebackers in the NFL with Shaq Barrett, Lavonte David and Devin White. He’s strong up front, with Ndamukong Suh and Jason Pierre-Paul, and has an improved secondary.

All this to end a season that was played in the middle of a pandemic, without delays and without cancellation of matches, although several had to be postponed. Additionally, both Super Bowl participants experienced few setbacks with COVID-19.

“I think that with the pandemic and given the sacrifices they have made for each other, going to work and coming home – no longer sitting down to eat together or talking – I find it surprising how close they are. It is the commitment that they have fulfilled among themselves to defeat the virus, “said Arians.

The NFL and Florida health authorities approved the attendance of 22,000 fans. Everyone will have to wear masks.

Raymond James Stadium has a capacity of 75,000 spectators.

Each team followed a very different path to the Super Bowl. The Buccaneers (14-5) finished second in the NFC South behind the Saints, putting them on the wild-card duel route. This meant trips to Washington, New Orleans, and Green Bay.

They are home now.

The Chiefs (16-2) finished in first place and won the only bye week awarded in the American Conference. They subsequently outscored Cleveland with Mahomes out halfway, before eliminating Buffalo.

For this Sunday each team will be more than excited to return to the field and write the final chapter of an atypical season.