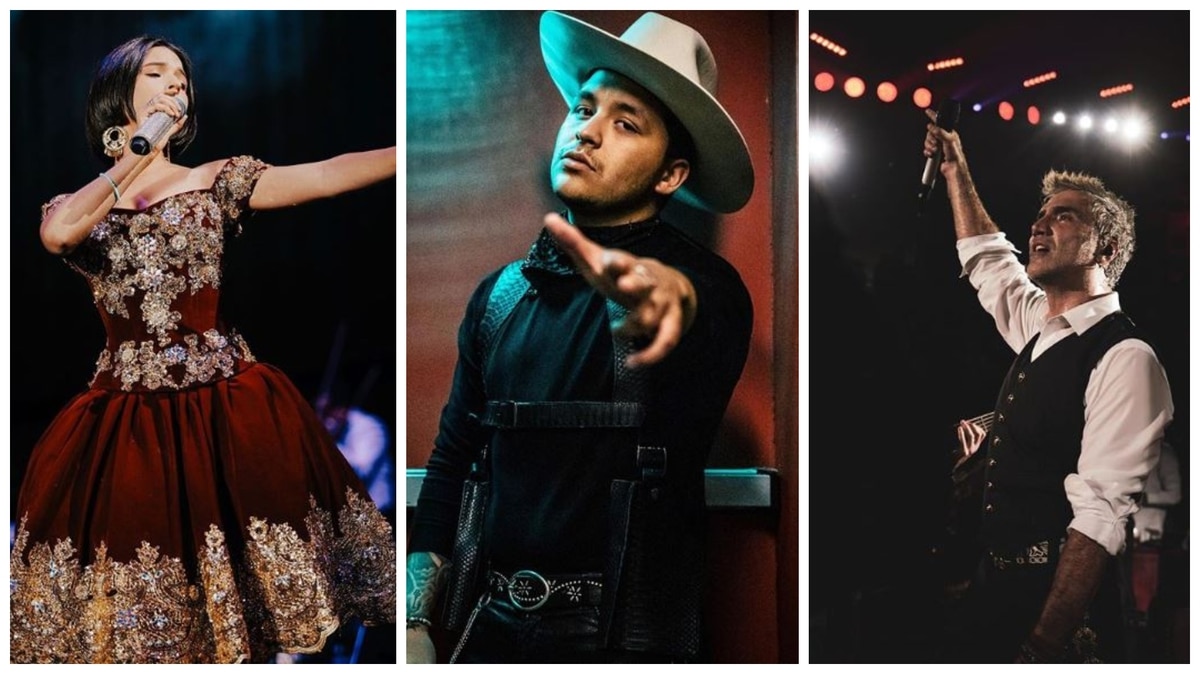 The Latin Grammy have aroused great expectation this year, as it will be their 20th anniversary and the Latin Recording Academy hopes to celebrate big. Just on Tuesday the details that will be lived at the MGM Grand Garden Arena in Las Vegas were announced, as well as an extensive list of artists to be presented.

Singer Ricky Martin and actresses Roselyn Sánchez and Paz Vega will conduct the awards ceremony on November 14 from 8:00 p.m. to 11:00 p.m., Eastern and Pacific Time (7:00 p.m. Central). The presenters will be William Levy, Rudy Mancuso, Luis Gerardo Méndez, Michael Peña and Dayanara Torres. In addition, La Academia Latina announced that there will be a special moment with Thalia.

However, there has been much talk about this and little of the voices that will have a presentation at the most important party of Latin music. Therefore, here we give you the list and some details of the musicians who will represent Mexico.

The Mexican cumbia band recently premiered their new single, "Acaríñame", in collaboration with their compatriot Julieta Venegas and which serves as a cover letter for their new album, recorded live in Buenos Aires with artists from Argentina, Chile and Mexico.

The album, which is called "The Blue Angels of Buenos Aires for the World", will go on sale before the end of the year. It was filmed during a concert that the Mexicans offered last August 2 in the Unione e Benevolenza Hall of the Argentine capital, with voices such as those of Lali Espósito, Palito Ortega, Marcela Morelo, Vicentico and Américo.

The sonorense is one of Mexico's favorites to get a Latin Grammy. It has three nominations; one in the category Best ranchera / mariachi music album for "Now" and two in Best Mexican regional song for the singles "Of the kisses I gave you" and "They didn't tell you badly".

Vicente Fernández, is a reference of Mexican music and is followed by his son, Alejandro. However, the grandson of "Don Chente" also seeks to venture into the music career. Although the oldest of Fernández is already retired from the stage, the three will make a presentation at this Latin music awards.

Since she began her career, the smallest of the Aguilar family has always sung alongside her father on stage. It's no surprise that they were invited to perform at the Latin Grammy. In addition, it has a single together called "Your Blood In My Body", which is "a song representative of the unparalleled love that exists between a father and a daughter with the feeling full of skin," says the official Angela page.

The number of Mexicans that will give the gala a northern flavor has grown in recent years. So much so that this year they are nominated for Best Northern Music Album for their “Half and Half” dico. They will compete against Bronco, Buyuchek, Intocable and La Maquinaria Norteña.

The fourth studio album of the Mexican "Where will the girls dance?" Is being a success. Especially the songs "If you go", "Coward" and "What has it?", Because so far they are the most reproduced on Spotify among its followers. Surely he will have a great performance at the awards ceremony.

The northern Texan band is ‘white tablecloths’. In addition to their “Perception” tour, which still has 9 dates in Mexico and the United States, they have a nomination for Best Northern Music Album for their material that bears the same name as their tour. The north is very well represented.

The three young people who arrived from Mexicali, Baja California, "would develop a solid and permanent career so quickly," according to their official website. It is verified by his nomination for the Song of the year. They have a tough competition to get the statuette, but being among these names already speaks a lot about the effort in their 12 year career.

The Voice Kids couch will also be present at the Latin Grammy. Although he does not have a nomination in these awards, Rivera was recognized with the Moon in the National Auditorium for his War Tour, a tour that was characterized by his display of dancers, special effects, costumes and videos.

Although there is nothing new about the Mariachis, this group is a sign that “the expression of the musical heritage of Mexico lives by the voice of the Sun of Mexico,” he says on his official website. It will undoubtedly be a presentation that will highlight one of the most important parts of the music of the Aztec lands.

The former member of the Sin Bandera musical duo is with it all this year. The Mexican is another one that must be followed in the awards, because his album "Amor Presente" is nominated for Best singer-songwriter.