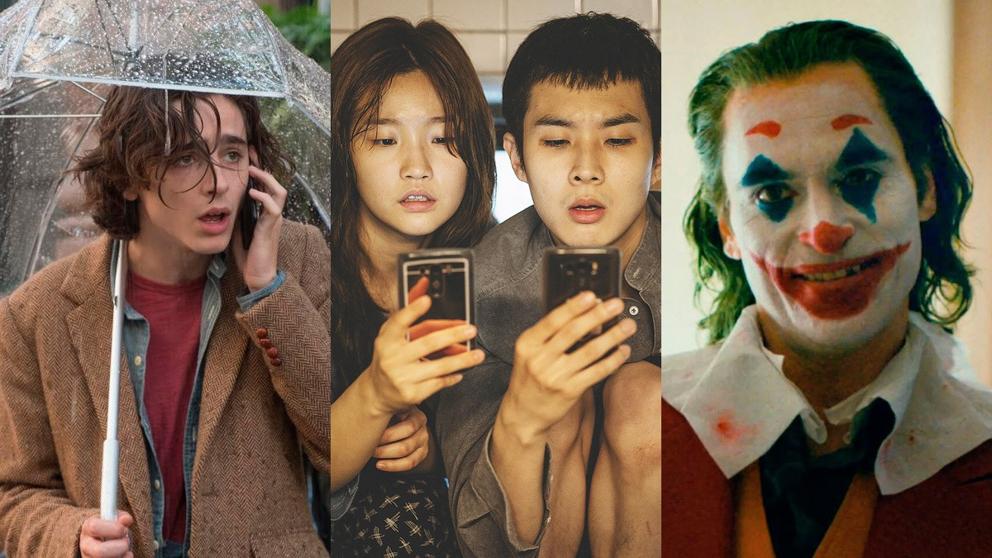 The seventeenth edition of the Film Festival kicks off – on the eve of the Halloween celebration – this Monday, October 28 with a series of titles that can be enjoyed on the big screen until Wednesday 30 at the modest price of 2.90 Euros the entrance. The initiative is organized by the Federation of Cinematographic Distributors (FEDICINE), the Federation of Cinemas of Spain (FECE) and the Institute of Cinematography and Audiovisual Arts (ICAA) with the aim of promoting attendance at cinemas as a social and cultural habit.

As usual, viewers should obtain their accreditation on the official website (www.fiestadelcine.com), although for those under 14 and those over 60 it is not necessary to register. Tickets may be purchased at the box office, ticket machines located in movie theater halls and on regular internet sales platforms.

During these three days, the billboard will provide us with a more than large film offer for all audiences. If you do not know how to choose between so many proposals, we have selected ten titles that you should not miss:

If you are one of those who have not yet seen this masterpiece of Todd Phillips, do not hesitate for a minute and take advantage of these days of film offer to go to the nearest room to taste an original and transgressive story that does not seek among the public to devoted fans of superhero movies to use. Awarded at the Venice Film Festival with the Golden Lion for best film and undisputed number one at the box office since its premiere last October 4, the story of Warner Bros and DC Comics dive into the origin of Batman's arch-enemy when he was Arthur Fleck, a man with a mental illness that makes him laugh uncontrollably, abused and ignored by society, until he discovers the power of having a gun in his hand and pulls out his darker side to become that liberated Joker who dances in the stairs in one of the most powerful scenes … and called to become iconic. Simply fascinating.

Joaquin Phoenix as Joker dancing on the stairs
(EP)

There has been a lot of talk about the violence of the film starring a huge Joaquin Phoenix, whose performance cries out for a much-deserved Oscar, but it is precisely that violence on stage that serves as a reflection to an adult spectator in times as convulsive as the current ones. In total there are two hours of pure tension in which Phillips is interested in drawing colors to the deficiencies of a country, the United States, which looks away from the real problems of its citizens, punishing them with cuts and precariousness. Joker is still the portrait of how a fictional villain is created who breathes authenticity. An amazing, uncomfortable and necessary journey to a character who needed to shout his own story, with all its chiaroscuro. Let the Marvel superheroes tremble!

The South Korean Bong Joon-ho, architect of such disparate stories as The Host, Mother, Okja or Snow Piercer, took the Golden Palm in Cannes with this newly released family black comedy on the billboard that combines suspense, humor and violence without forget a heavy burden of denunciation with a social background in between. The filmmaker surprises with a tape of comic and political dyes to talk about two very different families – one rich and one poor – focused on an interrelation of unpredictable results. Parasites has all the numbers to become one of Oscar's biggest favorites for best international film.

Portrait of a woman on fire

Winner of the best screenplay in Cannes, director Céline Sciamma invites us to travel to French Brittany at the end of the 18th century to witness an intense period drama centered on pure love between two women. A painter who is commissioned to secretly portray a young woman who has left the convent and who has serious doubts before her next wedding. The film is a ‘rare avis’ for its very personal staging, a delicate piece of art built with care and great beauty about the affection and desire in a feminine key in a time when the woman's voice was constantly denied.

The second feature film by the Catalan Neús Ballús takes us to Senegal to talk about the maturity process of a young teenager (good work of the debutant Elena Andrada) who travels to a Senegal resort with her little brother and a father (Sergi López) with whom he has a very distant relationship. There, between the clash of cultures between tourists and natives, father and daughter will be surprised at secrets kept and actions that later provoke repentance and the consequent reconciliation. Thus, the Marta of the title will learn a new vision of life without drawing hasty conclusions of her age.

Amador Coro leaves the prison after serving a sentence for an arsonist and returns to the village to continue with his mother Benedict with daily routines. The distrustful looks of the inhabitants draw a new panorama with which he will have to deal after his time in prison. Oliver Laxe directs with a firm pulse the focus of this melodrama towards the deep Galicia, the relationship of its people with an overwhelming nature in an exercise that immortalizes the fire with a beautiful photograph of Mauro Herce. Attention to the main actors, Amador Arias and Benedicta Sánchez, who make a strong film debut in this story that won the jury prize in the Un certain regard section of the Cannes festival.

Woody Allen returns to the field he knows best, that of the romantic comedy full of succulent dialogues that make smiles smile with a touch of melancholy on this delicious rainy day in New York, which lands in theaters a year later after the controversy over the accusations of sexual abuse launched by the adopted daughter of the filmmaker in full #Metoo.

The director of Hannah and her sisters returns to the stages of a New York splashed by the rain of a weekend in which two young family university students well, played by magnificent Timothée Chalamet and Elle Fanning, will see how their relationship is complicated and they will be surprised by unexpected situations, which gives rise to the author to talk about the power of sex and money, and the ravages of characters consumed by fame. A charming film that, despite not being one of the best in its extensive filmography, has more message than it seems.

Until forever, my son

Wang Xiaoshuai's latest work is an intense melodrama that follows the life of a marriage that suffers various vicissitudes and misfortunes from the 1980s to the present while portraying the great social and economic changes that have taken place in China during that Long period of time. The film, one of the film's sensations of the year, is structured based on flashbacks during its 185-minute duration and won two Silver Bears for best actor (Wang Jingchun) and actress (Yong Mei) at the last Berlin festival.

While the war lasts

Premiered at the San Sebastian festival, the new director of acclaimed titles such as The Others or the Sea Inside recreates one of the lesser-known historical episodes of the Spanish civil war: Miguel de Unamuno's ideological turn at the start of the contest and his confrontation with the founder of Falange, José Millán-Astray.

The filmmaker travels in his latest work, which has exceeded one million viewers, from the support of the Basque writer to the military coup against the Republic, to his famous speech at the University of Salamanca, in which he held before a fascist audience: “You will overcome , but you will not convince. ”Karra Elejalde plays Unamuno, Eduard Fernández gets into the shoes of Millán-Astray and Santi Prego is a more than convincing Francisco Franco.

The duo Jill Culton, Todd Wilderman is in charge of the animated film of the list, a story of Dreamworks set in Shanghai in which a teenager named Yi befriends a young Yeti who has escaped from the laboratory where he was locked. With the help of some friends, the protagonist helps to flee that creature in a crazy adventure so that she can reunite with her family on the highest peak in the world.

Fans of Aretha Franklin, who died last year at age 76 of pancreatic cancer, have a golden opportunity to see the queen of soul in action in this documentary that gets into the recording of the most important concert of the diva , the one he offered for two days in January 1972 at the New Temple Missionary Baptist church in Watts, Los Angeles, and that has remained in a drawer for more than four decades.

The material, filmed by Sidney Pollack, did not come to light at the time because the director recorded the concerts without a clapperboard, with the impossibility of synchronizing the image and sound. Producer and producer Alan Elliot has been in charge of editing the images, a musical treasure that must be appreciated on the big screen.